You won’t find comfort here, but you might find catharsis. 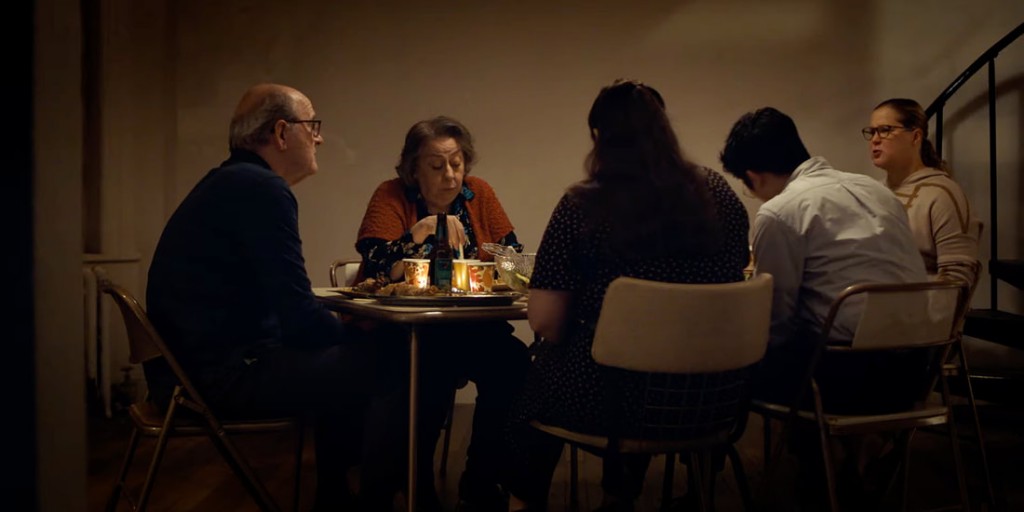 The Humans on Showtime. // Courtesy A24

The well-worn cliche of the holidays is that they’re stressful because you’re stuck in place with people you have a fraught relationship with. There’s a lot of food to cook, travel plans to arrange, and if you’re the one hosting, you have to make your home look nice (or at least habitable). If you haven’t lived this yourself, you’ve done so vicariously through multiple movies of family gatherings gone awry.

But I’ve always felt that this time of year, and Thanksgiving in particular, can be stressful for a related, slightly different reason. Thanksgiving, more so than Christmas or even New Year’s Eve, is when we actually take stock of where we’re at by this point in the year. We’re supposed to consider what we’re thankful for, but depending on the year you’ve had, you may be happiest in the knowledge that it’s almost over, or looking fearfully into the gaping maw of the unknown year to come.

Over the time we share with them, the Blakes’ struggles, disappointments, and fears mount ever higher into an all-too-relatable tidal wave of anxiety.

Karam avoids the trap that befalls most theatrical adaptations by using the film’s single location to its furthest possible extent. He and cinematographer Lol Crawley shoot the place like a decrepit haunted house, focusing on stains, leaks, and ruined windows that look out onto other ruined windows.

Most shots view the characters from a distance. It’s as if the audience are ghosts observing the Blakes from afar, former unhappy inhabitants looking at ones whose journey into the abyss is about to reach its darkest point.

The film’s grounded dialogue gradually releases information and depends on the apartment’s thin walls to keep characters’ guards up, or eavesdrop on information at just the wrong time. The ensemble is excellent, but Houdyshell—a Topeka-born actress who won a Tony for her portrayal on Broadway—is easily the biggest standout.

Houdyshell’s Dierdre is so naturalistic that it feels like she’s not even acting. Dierdre’s the kind of mom who brings statues of the Virgin Mary as a housewarming gift and forwards her family email chains with sentimental messages in multiple fonts. She’s well-meaning, but operating on limited understanding. Houdyshell’s empathy for the character is present in every moment, sometimes hurt, sometimes frustrated, sometimes laughing, but always visibly trying.

The Humans has a slightly more hopeful ending in film form than its staged version, suggesting there’s light at the end of the unfurling tunnel. Some of the ambiguous, impressionistic elements of the play also get a bit flattened in the film’s more straightforward presentation.

However, the film remains an impressive example of stage-to-screen adaptation, with a solid ensemble and an extra visual dimension that enhances the script’s claustrophobic feeling. Karam’s film may not make you feel better about your family’s Thanksgiving, but if nothing else, it may offer catharsis in how closely it replicates the experience.