The Hotel Frederick in Boonville offers an old-fashioned getaway 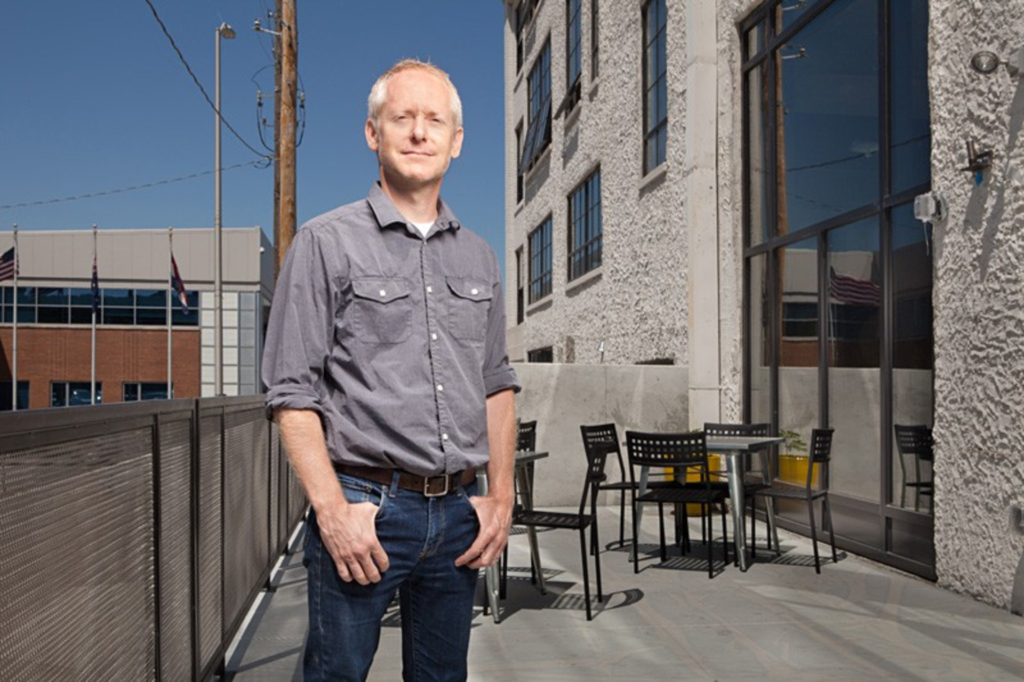 Two years ago, Bill Haw Jr. quit a job with Amazon in Tokyo to run Hotel Frederick, a boutique lodge that his cattleman father had bought in Boonville, Missouri. The hotel offers environmentally conscious accommodations and old-fashioned hospitality with an oyster bar and Cajun restaurant and 25 rooms decked out with antique furniture and contemporary art.

As owner and frequent guest, Haw prefers room No. 6 when he visits. (He doesn’t live in the little town intersected by the Missouri River and the Katy Trail). The 47-year-old husband, father and investor makes his home in Kansas City, and he spoke with The Pitch about how he and Bill Haw Sr. are busy bringing new life to other old buildings.

The Pitch: What’s a brief history of Hotel Frederick?

Haw Jr.: The property itself is really special. It was built in 1905 as what was probably a very grand hotel overlooking the river in Boonville, which at the time was a very prosperous town. The building went through many stages. In 2005, when my family bought into it, it was pretty much derelict.

Some other investor in Kansas City had purchased it with a comb of forgivable loans and grants, and they ran out of money before the renovation was even close to done. At that time, Bill Sr. stepped in as a partner and worked with them to pretty much get the job finished, and we opted to go ahead and assume full ownership.

How did you react to your father’s invitation to leave Japan to run a hotel in a Missouri river town?

It came out of the blue. I actually remember when I was talking to Bill Sr. on the phone. I was still in Tokyo when he told me about it, and I might have hung up on him.

Boonville isn’t exactly a tourist hot spot, is it?

If we moved the hotel to Aspen, we’d do big business!

What other projects are you involved in?

Bill Sr. has been refocusing on our main business, which is our ranching, and we’re ganging up on the West Bottoms. My family owns the Livestock Exchange Building and several other buildings and a fairly extensive acreage down there, and we’re just finishing up development of the Telegram Building at 1505 Genessee.

The Livestock Exchange Building is 90 percent occupied, which is unheard of right now, and the Telegram Building is completely full, and we haven’t even finished working on it. It houses the Bill Brady gallery, and Amigoni Urban Winery is moving in with a tasting space and event space. We’ll also have KEM architecture and Diamond Merckens Hogan, an up-and-coming marketing firm.

Under your leadership, Hotel Frederick is doing better, too.

In 2011, we did some pretty aggressive promotions. We worked with Groupon several times. We really did an array of promotions, which brought down the average room rate but still increased the revenue. This year, we’ve pulled back on the promotion but are still seeing revenue increase. A lot of those people we got in the door are coming back as repeat guests. They understand the value of the hotel, and they’re happy to pay full price.

What makes them come back?

We really focus on guest service. In our online reviews, you’ll see that a lot of the people go to great lengths to talk about guest service and mention the employees by name.

We’ve had almost no turnover of our main employees. They are personally vested in the hotel. In a really good way, I think it’s a big part of their identity.

The hotel also has a historical charm — kind of unexpected, modern, unique twists. One thing a lot of people mention are the etchings on the glass shower doors and walls in some of the rooms, which were designed by artist Peregrine Honig.

Of the 25 rooms at your disposal when you’re at the hotel, why are you partial to room No. 6?

Room No. 6 has got the beautiful glass bathroom walls. It’s got only one bed and several chairs and a table. It has kind of a sitting area as well. It’s also got a great view of the courthouse.

Does the room become your de facto office?

No, we have Wi-Fi throughout the hotel, so I usually just wander and work wherever I sit down.

Besides staying at your hotel, what is there to do in Boonville?

For sure, the Katy Trail. It’s great even if you’re not a cyclist. It’s great just to walk. It’s so beautiful with the bluffs and the river. Glenn’s Café is right in the hotel, and Cooper’s Oak Winery has a tasting room a few blocks away.

Warm Springs Ranch, where Anheuser-Busch has the Clydesdales, is in the area and is great for the whole family. The town of Rocheport is very charming, too. It’s only about 10 miles away. It’s great to take the tour at Les Bourgeois Vineyards, and they’ve got a fantastic bistro.