The highlights of Charlie Weis’ short, strange time with the Chiefs 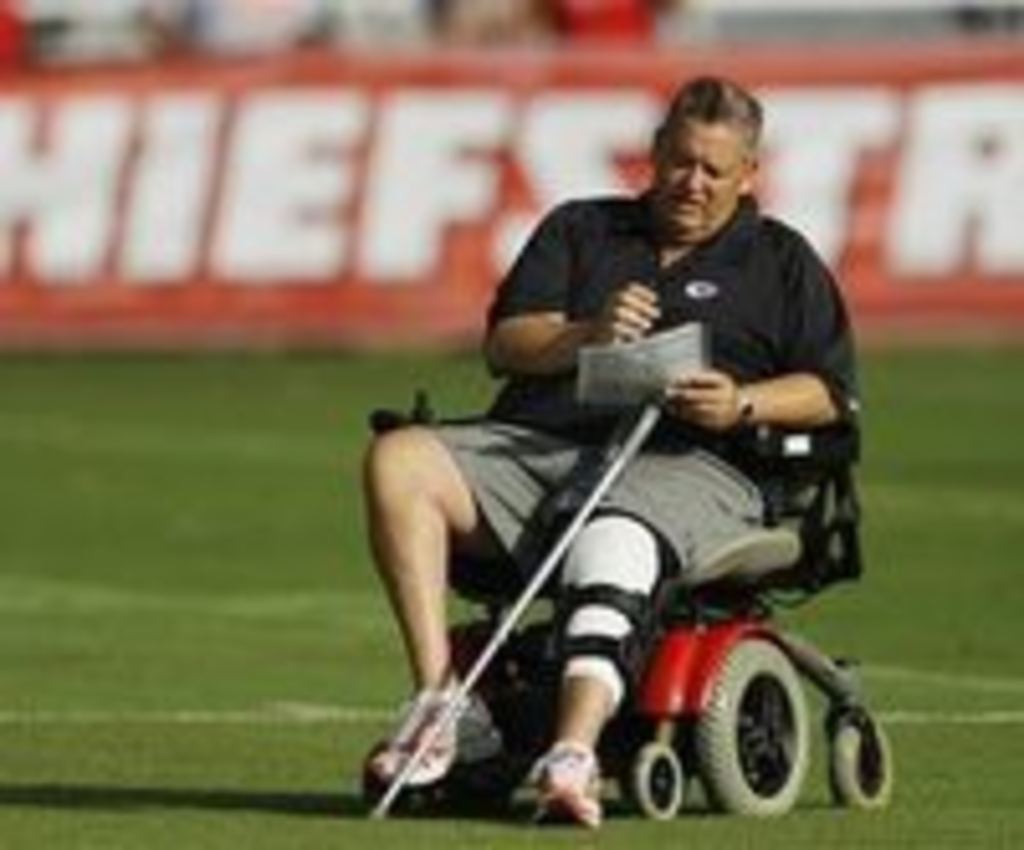 Chiefs offensive coordinator Charlie Weis is packing up his ruby red Rascal and hitting the road to take the exact same job at the University of Florida. He plans on staying with the team through the playoffs. It was fun while it lasted.

When Weis was hired in January, it appeared that the team general manager, Scott Pioli, was assembling the Bill Belichick Coaching Tree Dream Team, with head coach Todd Haley running the show, Weis calling the offensive shots, and Romeo Crennel guiding the defense. And it worked well, because the team put together its biggest single-season turnaround ever. But along the way, there were some curious events. Let’s look back at a few of the odder highlights.