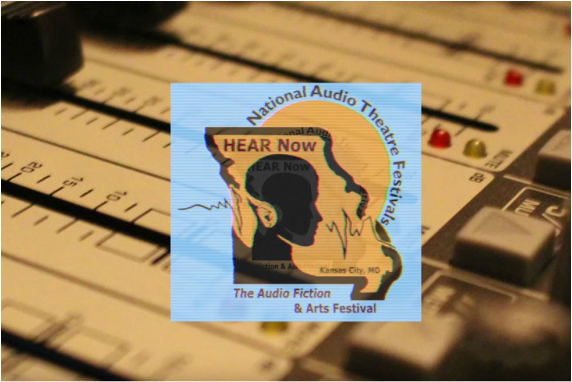 Started in 2013, Hear Now is the “only festival of its kind in the U.S. dedicated to the art of recorded and live audio story-telling in all its many genres and forms,” according to festival director Cynthia Allen. The fest, presented by National Audio Theatre Festivals, returns to Kansas City this weekend.

“It started with a group of artists who had formerly been working in more rural parts of the state, like Fulton and West Plains,” says Sue Zizza, program chair and president of the festival’s board. “We were a group of sound artists that were training people how to create audio stories, funded by the National Endowment for the Arts and Missouri Arts Council since 1979, doing that kind of training work.”

Then Zizza started attending festivals like Prix Europa, in Berlin, and saw that audio fiction was being celebrated. She came back to the States and floated the idea of reconfiguring the group as a festival.

“Now that podcasting is happening, more and more people are back to experimenting with what we used to call ‘radio drama,’” says Zizza, who also produces audio for the industry and teaches at the film school of New York University. “We believe that without the sound, there is not the same level of storytelling. You can do things visually, but you don’t always get quite the same level of detail that you’ll get if you just listen to a story being told.”

This year marks the third year the festival has been funded by the Neighborhood Tourist and Development Fund, with the festival celebrating contemporary and community artists working in all areas of audio fiction: storytelling, drama, podcasts, and audiobooks. More modern forms of audio fiction are beginning to creep into Hear Now as well. The lobby of the Holiday Inn Country Club will be transformed this weekend into a virtual reality arcade featuring multiple user experiences.

“One is called Cosmic Sugar, and depending on what you touch, you create different sonic experiences for yourself, and you can blend them and create a visual experience as well as a sonic one,” Zizza explains. “We’re looking at all the ways that sound [and] performance are used to tell stories, through all different media.”

Another highlight of the festival is a show called “Blood Cotton,” taking place on the afternoon of Saturday, June 9, at the National World War I Museum & Memorial. Directed by Dion Graham, the program looks at the experience of African-Americans in the post-WWI South. It’s a showcase and workshop for the first episode of a public radio program on which Graham is working. Among other things, it will feature Robin Miles reading from the recently released Zora Neale Hurston book, Barracoon, for which she recorded the audiobook, along with Margot Lee Shetterly’s Hidden Figures.

“It will set up an understanding for the audience, we hope, of the community and culture that brought about the kind of social feelings that there were at the time,” says Zizza. 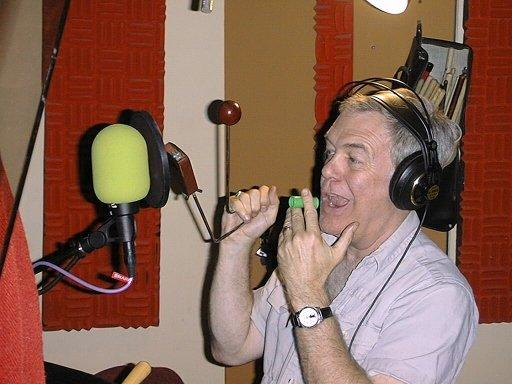 Firesign Theatre’s Phil Proctor and his wife Melinda have been involved with Zizza and the people behind Hear Now since the early days of the workshops. Proctor tells The Pitch he considers it part of the movement to keep the art, skills, and technique of radio alive.

“I guess now we call it ‘audio theater,’ because it exists on so many different portable platforms,” Proctor says. “People listen to it in their heads when they’re jogging, or driving, or falling asleep, or doing different household chores.”

It’s a topic about which Proctor is something of an expert. In addition to his work in Firesign Theatre, he’s worked in voiceover for years as an actor for parts as varied as Howard Deville on Nickelodeon’s Rugrats and Dr. Warren Vidic, the villain in Ubisoft’s Assassin’s Creed games (to cite but a fraction of his IMDB page).

“I’ve done just about everything, and that’s what I set out to do when I realized I could actually pursue a career in show business,” Proctor says. “As opposed to being pigeonholed in just one aspect of it, I knew from the beginning I needed to take advantage of my unique skills, such as being able to speak a lot of languages, and do dialects, and sing — I wanted to do all of that stuff.”

Proctor continues: “The Firesign Theatre started, and all of a sudden I find myself making records. I thought, ‘Well, what other ways can I exploit this?’ I got a commercial agent and started doing radio and TV commercial voiceover work, and they set me up for some cartoon stuff. I got booked at Hanna-Barbera, playing a character called King Gerard on The Smurfs.”

That led to ADR work, and from there to Disney, where he started with Beauty & The Beast, and from there to Pixar, through Toy Story and Monsters Inc., and then a slew of video games. “I’ve really enjoyed the ability to play within the evolving technologies of these new platforms of entertainment,” he says.

Proctor’s career will be honored at Hear Now, with a retrospective of his work on Friday afternoon at Cinemark Palace at the Plaza. But his career is still going. A podcast series based on his memoir, Where’s My Fortune Cookie?, launches at the same time, produced by Zizza and her husband, David Shinn at their Brooklyn studio.