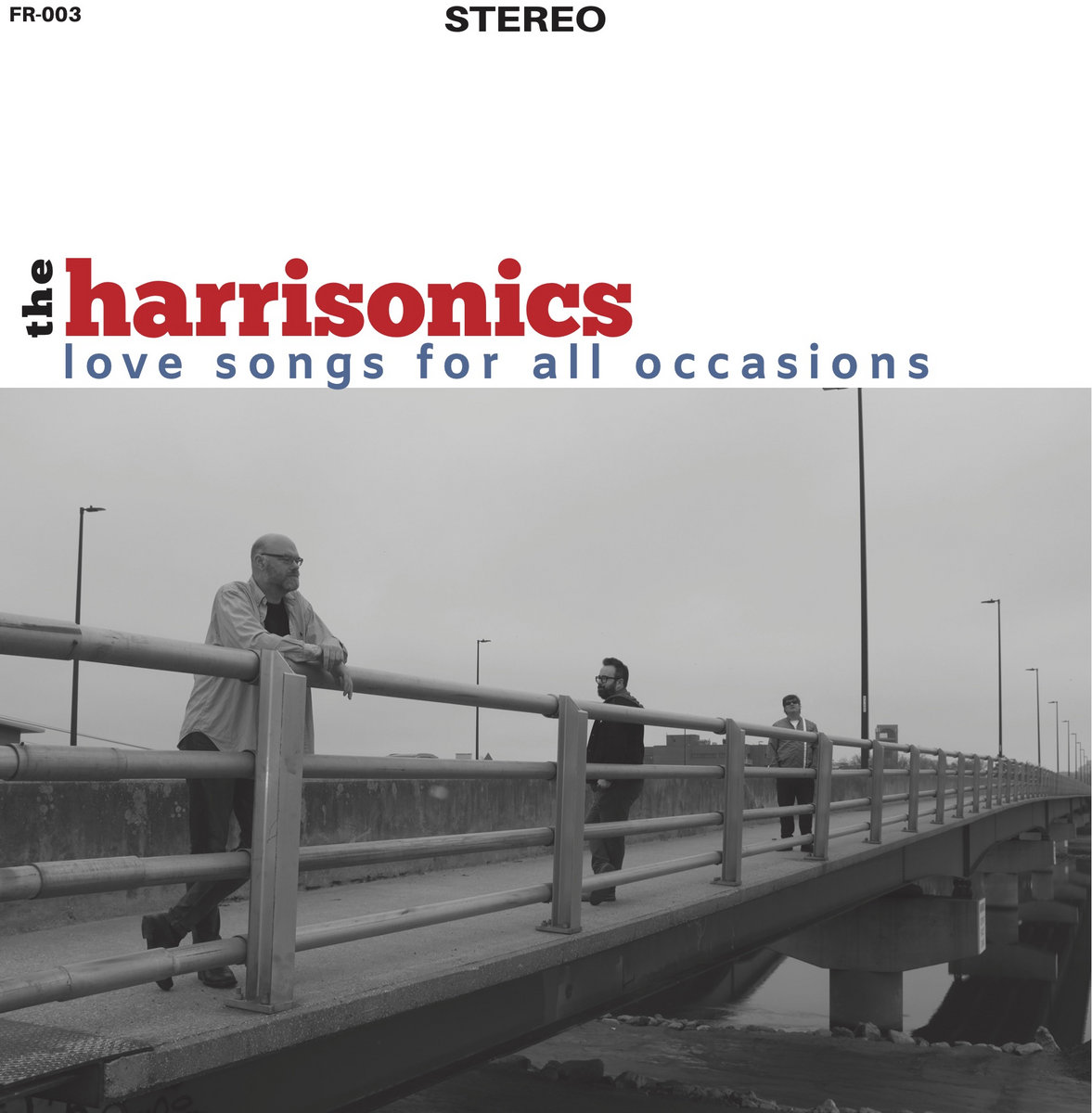 The Harrisonics
Love Songs for All Occasions
(Self-released)

As Yo La Tengo recontextualized little-known or forgotten pop singles from the ’60s, so do the Harrisonics for the ’80s. The indie rock underground of that era, which became known as college rock, spawned a slew of self-released singles in the wake of the punk rock explosion, wherein bands discovered—in the words of the Minutemen—”our band could be your life,” and began making music and playing shows.

Following the idea that Yo La Tengo was drawing from the ’60s, so were their contemporaries, in that these bands were just the latest incarnation of the garage rockers who sprung up in the wake of the Beatles. Not for nothing is the Harrisonics comprised of the classic power trio format of guitar, bass, and drums, and on their debut, Love Songs for All Occasions, they do an awful lot with a little.

There’s a lot of jangly guitar going on here, somewhere between the melodicism of the Byrds and the choppy rhythms favored by the likes of R.E.M. opening track, “Useful Buffoon,” for instance, bops along like the Jam’s “A Town Called Malice,” minus the organ flourishes. Fans of power pop will find a lot to like on Love Songs for All Occasions, given the Harrisonics’ love of taking short, catchy tunes and bashing them out with talented aplomb.

The absolute best aspect of what the Harrisonics do, actually, is the way in which they take a familiar intro, twist it, and then take the song somewhere else entirely. “That’s the Thing (I Was Telling You About)” kicks off like “She Cracked” by the Modern Lovers, but rocks like a ’60s frat rocker, replete with gang vocals. The Ronettes’ “Be My Baby” drum intro is replicated for “Sucker,” but instead of romance, plays like a sad bastard prom song.

For those looking to find some joy in these tough times, there’s nothing which works quite so well as a three-minute pop song, which make up the bulk of Love Songs for All Occasions. For those who want to stretch out a bit and take that cosmic ride, the fuzzed-out trip that is “Small Town Romance” will fill that Yo La Tengo niche quite nicely.

Love Songs for All Occasions is available on compact disc and vinyl LP, as well as digitally, on Bandcamp.

Premiere: Edison Lights' 'Josephine (In Quarantine)' shines a light on the pandemic

Premiere: Max Indiveri's 'The Right One'