The Handmaiden seduces this week, while everyone else vies for dictatorial control over you 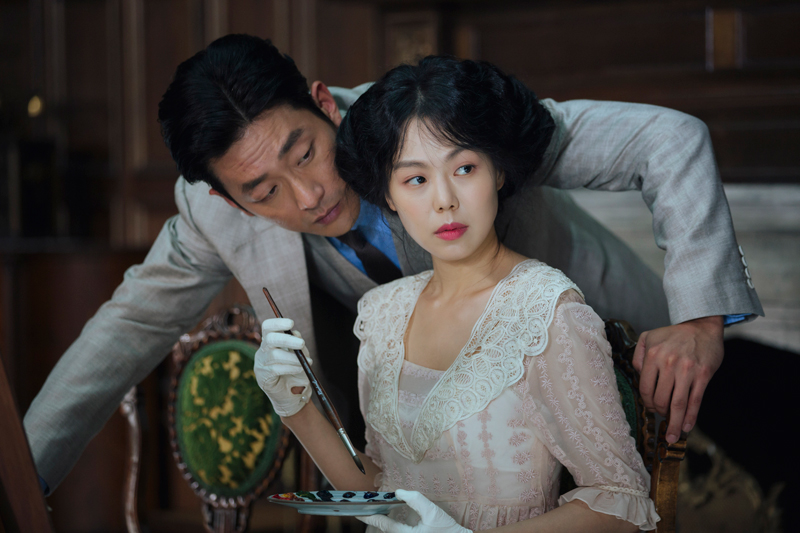 Believe it or not, 2016 isn’t the first year that Americans yearned for a totalitarian leader to singlehandedly fix everything. Way back in 1933, the politically muddled bizarro Depression fantasy Gabriel Over the White House conflated democracy with dictatorial control.

In this movie, the archangel Gabriel (no joke!) takes possession of a president (Walter Huston), then changes the course of the nation by drafting a secret police, declaring martial law, dissolving a do-nothing Congress, nationalizing alcohol sales (Prohibition was in its final year), and executing criminals in a firing squad. Guess what? He is hailed as a hero. No one called it out as a cautionary tale in the 1930s; audiences instead ate it up. How about now? Stream it on TCM and the Criterion Collection’s new service FilmStruck and see how it makes you feel.

Lawrence filmmaker Eric Hyde is hosting a free screening of his recent 26-minute short, From Ashes to Immortality, at the Eldridge Hotel in downtown Lawrence tonight at 7. Starring Mike Anderson (host of local talk show The Not So Late Show), it’s a kind of mystery-adventure that follows a University of Kansas anthropologist as he uncovers a 300-year-old Mayan prophecy. It’s also a disturbing family drama that ends with a plea for mercy and hope. It co-stars Wes Studi, Blake Robbins and Kevin Willmott; a panel discussion follows the screening.

There is perhaps no better, more timely film classic for the current moment than Elia Kazan’s 1957 cautionary tale, A Face in the Crowd. Andy Griffith (yes, he who would go on to Mayberry fame) plays a TV star who “tells it like it is” and gains traction as a politician with alienated blue-collar citizens who believe that he speaks for them. His folksy pronouncements become more hollow as he gains more fame and power, culminating in a rant in which he calls his followers “idiots, morons and guinea pigs,” not knowing his microphone is live. Rent or download A Face in the Crowd on iTunes or Amazon.

Nothing is more hilarious than a movie filled with jokes about human rights abuses, global terrorism and 9/11. No, I’m not talking about Donald Trump’s campaign rhetoric. What we need right now is a good, hearty laugh. Why not try Sacha Baron Cohen’s uneven, shocking but frequently hilarious 2012 comedy, The Dictator? In keeping with Cohen’s tradition of topping his own shock-humor quotient, this film succeeds. For an immature comedy, it also throws some surprisingly pointed jabs in its finale that may hit a little too close to home today. Stream it free on Amazon Prime now.

Charlie Chaplin was on the right side of history. With 1940’s The Great Dictator, he took on Adolf Hitler and the Nazi movement before America was even at war with the Axis. He played the dual roles of tyrannical despot Adenoid Hynkel and a lowly barber who looks just like him. Hynkel is a bully and an arrogant buffoon, and the film’s perfect visual metaphor is a famous scene in which the dictator holds a literal world in his hands, dancing with a giant globe to a Wagner overture. The final scene, when the barber delivers a message of hope in disguise as the dictator, is overtly earnest yet today feels like required viewing. Watch it on Blu-ray, buy it on Amazon, or stream it on Filmstruck.

Well, that went fast. Tonight is the two-episode season finale of the half-hour horror comedy Stan Against Evil on IFC. There are shades of Ash vs. Evil Dead in this scrappy show for sure, with John C. McGinley playing a wisecracking former small-town sheriff fending off various hideous-looking demons. But poor Stan is forced to survive with an even smaller VFX budget than Ash has. A little B-movie charm can go a long way, though, as show creator Dana Gould (The Simpsons) has shown with this eight-episode season. Watch the finale tonight or catch up with the whole series on demand.