The Guggenheim Grotto at Irish Fest this weekend 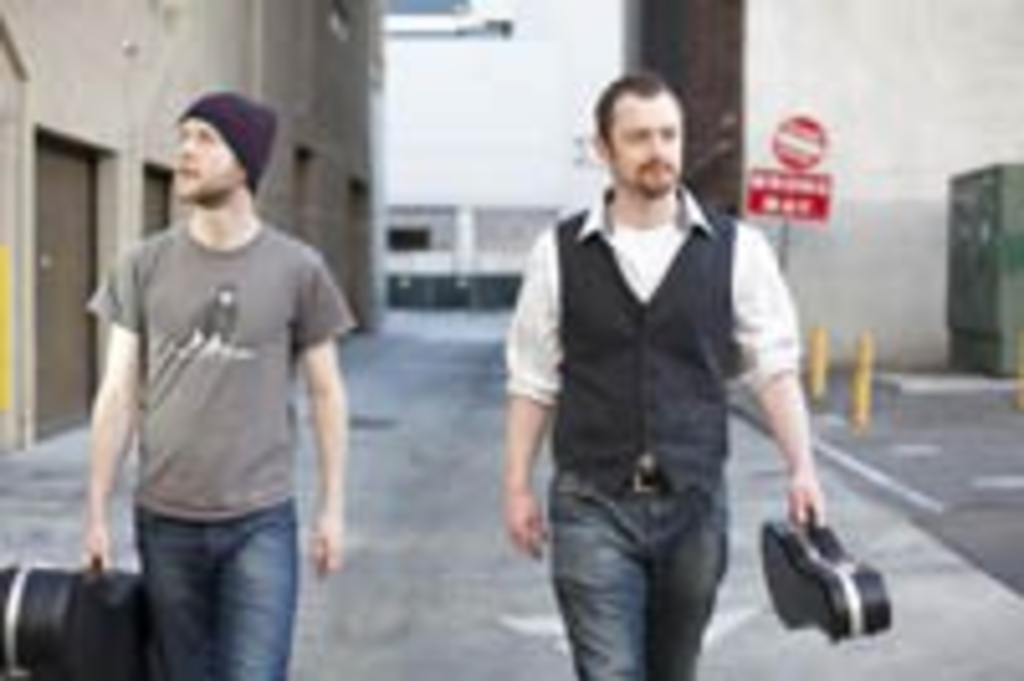 There’s no shortage of fine acts playing the eighth annual Irish Fest, but one of the most intriguing is the Guggenheim Grotto. Wistful regret and longing fuel the Irish folk-pop duo’s tender, dreamy music. Kevin May and Mick Lynch’s supple harmonies linger over ringing guitars and keyboards. Grotto’s albums come with plenty of mandolin, glockenspiel, ukulele, cello, bass and drums, but May and Lynch don’t require more onstage than their powerful intertwining vocals, earnest ache and understated melodies. May, who pens most of the words, takes cues from Leonard Cohen, something that’s reflected more in the world-weary lyrics than in Grotto’s pop inflections. Latest release The Universe Is Laughing boasts a particularly intimate sound, like that of a late-night cabaret after everyone has left.

Catch them on Saturday, September 4, at 5:30 PM on the Park Stage at Irish Fest.
Watch a video after the jump.
Categories: Music
Tags: Irish Fest, The Guggenheim Grotto