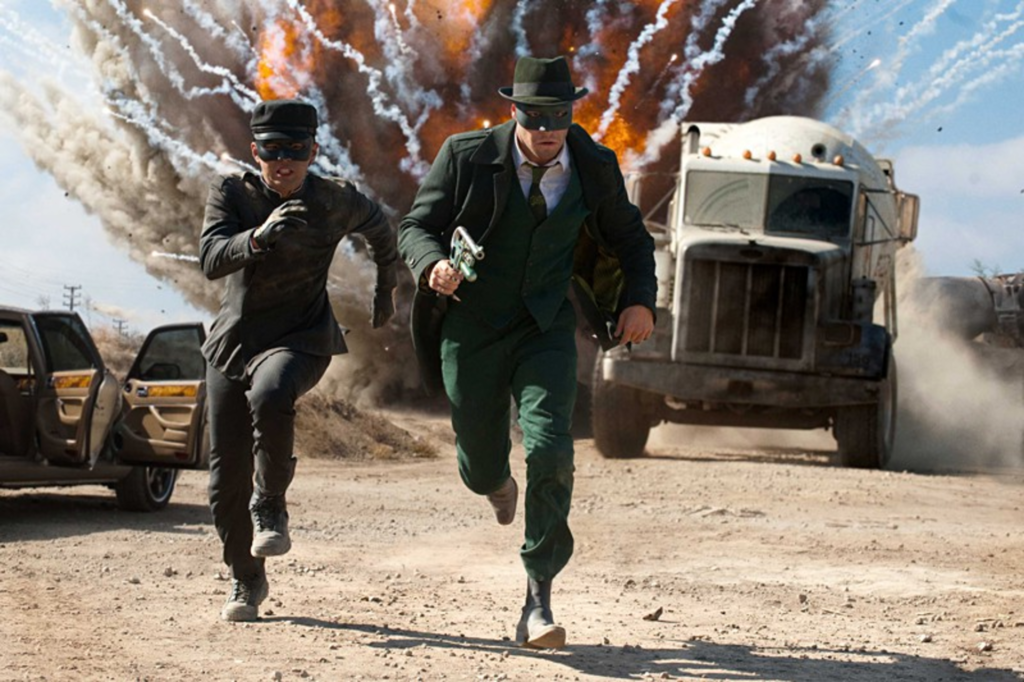 Only inertia will bring people to Michel Gondry’s 3-D spectacle, The Green Hornet. Opening amid persistent negative buzz in the mid-January dead zone, this long-germinating prospective franchise, based on a character that first saturated the nation’s radio waves in 1939, seems pretty much DOA.

The narrative has something to do with the flagrantly irresponsible son (Seth Rogen) of a crusading newspaper publisher redeeming himself, after Dad’s death, as a flagrantly irresponsible, costumed do-gooder — thanks largely to the help of his employees: the genius sidekick and “human Swiss army knife” Kato (Chinese pop star Jay Chou) and the unnaturally intelligent looker he hires as his secretary (Cameron Diaz).

Rogen’s Green Hornet is not the first facetious, costumed crime-fighter, but few have been as doggedly unattractive. That the Green Hornet is also a raging asshole provides most of the movie’s humor. At his loudmouthed best, Rogen’s relentless self-justifying blather can suggest a proudly stupid Albert Brooks; at his worst, as when tirelessly (or is it tiresomely?) hitting on co-star Diaz, he’s simply Seth Rogen.