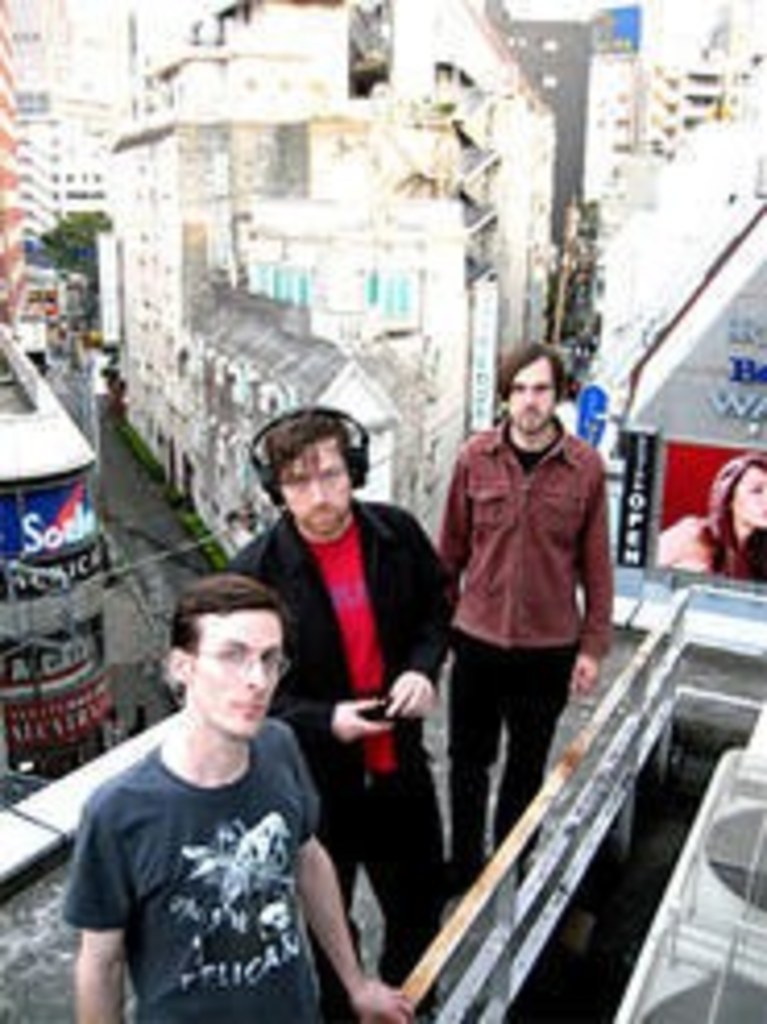 “Ave Maria” by The Life and Times, from The Magician:

Anyone who knows Allen Epley knows that he’s a dude with a mad productive streak.

The 38-year-old songwriter has spent the past 15 years fronting two of Kansas City’s most successful bands — Shiner and the Life and Times. He has taken both groups to the ends of the Earth to spread his bliss-rock gospel while embracing the DIY approach and selling more than 5,000 copies of each labor-intensive album.

“There’s not enough time in the world to be fucking around with shit that doesn’t make you feel good,” he says. “I think we’re tired of music that makes you feel bad, and I think the stuff that we’re writing now is just pretty and has those rump-shaking beats. We want it to be just blissed-out.”

Epley continually returns to records by his two favorite bands — My Bloody Valentine and the Flaming Lips — as sources of inspiration. He’s been disciplining himself to compose as a listener, demoing lyrics to eight-track and dissecting the syllables. He envisions the next Life and Times LP as an adventure in home recording, taking the process into his own hands, much as his band embraces control of its live show.

“We’re tired of playing on shitty stages with their shitty lights and we’re completely reduced to whatever situation they want to make us play in,” says Epley, the proud owner of four bright white lamps that act as the sole illumination for all Life and Times shows.

“Sometimes we hear, ‘I don’t like y’all’s kind of music, but y’all’s awesome,'” he adds in his best mock-redneck voice. “It’s those fucking lights, man.”

For a band with no label affiliation (DeSoto released the group’s 2005 full-length, Suburban Hymns, but has since stopped releasing new titles), the Life and Times continues to hustle. The group spent most of March and April touring with the Appleseed Cast, whose like-minded atmospheric rock and relentless touring have cultivated a national fanbase.

“I want to play to new people that are not just the choir,” Epley explains. “They draw a lot more than we do, and that’s why we’re out with them. But they know that we have a name and can help.”

Gone for the most part are the days when Shiner fans could be counted upon to pack clubs. Epley says that rarely happened even in the early days of the Life and Times.

“Shiner was not a big band,” he says. “We did fine in Chicago, but that’s about it. You’re not going to hear us played on Sirius. If it really had made that big of a dent, I think you’d hear it, in retrospect.”

“We have plenty of ideas,” Epley says. “The fourth member is not just another person. It adds all kinds of exponential problems … from their schedules to their opinions.”

The unit’s growth is evident on a recent Japanese-only EP, The Magician (available at Streetside Records in KC and online from Dischord Records). Experimental strokes — keyboards, backmasking, drum machines — enhance a chiming sonic minefield faithfully commanded by the ambidextrous Metcalf. The seismic hooks of “Hush” and “Ave Maria” recall the elysian soundscapes of ’90s indie-rock pioneers Chavez and Shudder to Think.

To the discerning listener, it’s an affirmation of the value of musicianship in an era when too much amateur wankery passes as the vanguard.

“Everything they list on Pitchfork Media is not the coolest shit in the world — in fact, a lot of it sucks,” Epley says. “But a lot of people don’t realize that, and when you actually get to hear all that shit, you go, ‘Oh, it’s that same new-wave. tired-ass shit we’ve been hearing’. At a certain point, I just want to hear Led Zeppelin.”