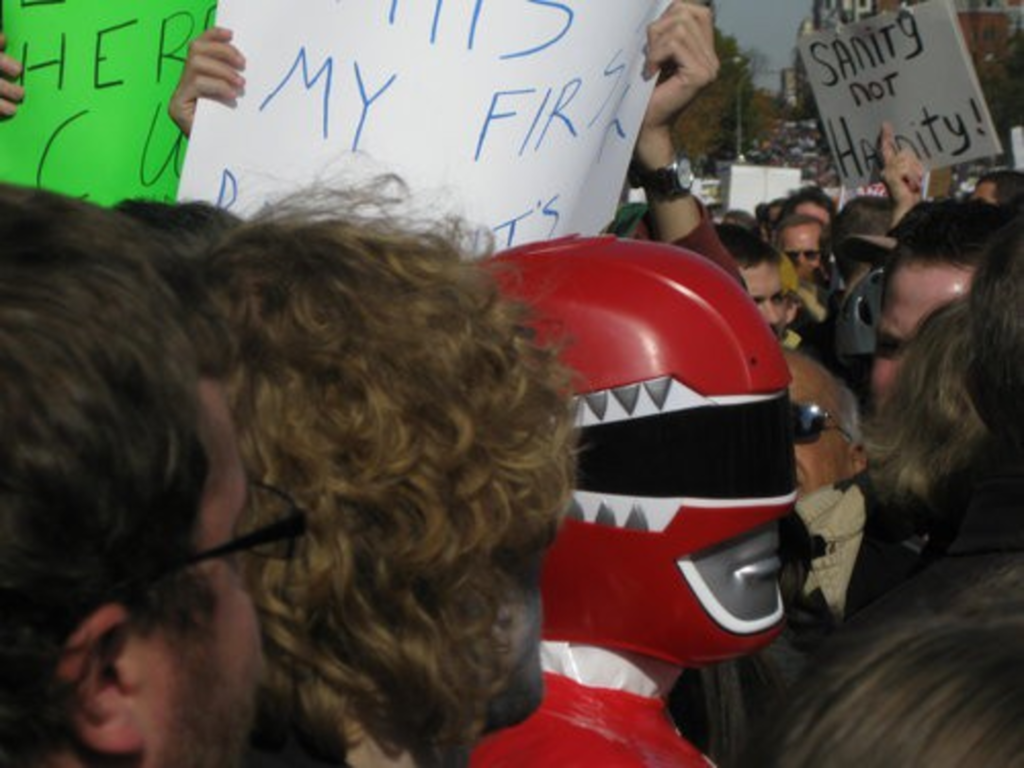 Like 215,000 other Americans this weekend, I went to Washington, D.C., for Jon Stewart and Stephen Colbert‘s Rally to Restore Sanity and/or Fear on Saturday. And like thousands of those people, I was too far away to see a damn thing.

The closest I edged to the stage was half a mile, and it was a hectic scene even that far out with costumed weirdos, self-consciously funny apolitical signs, and for some frustrating reason, parents with babies (Why the hell would you push a stroller with a terrified

thousands of shouting people?). They were all shoving to get closer to the action without even knowing which direction the stage was. It was a groper’s paradise.