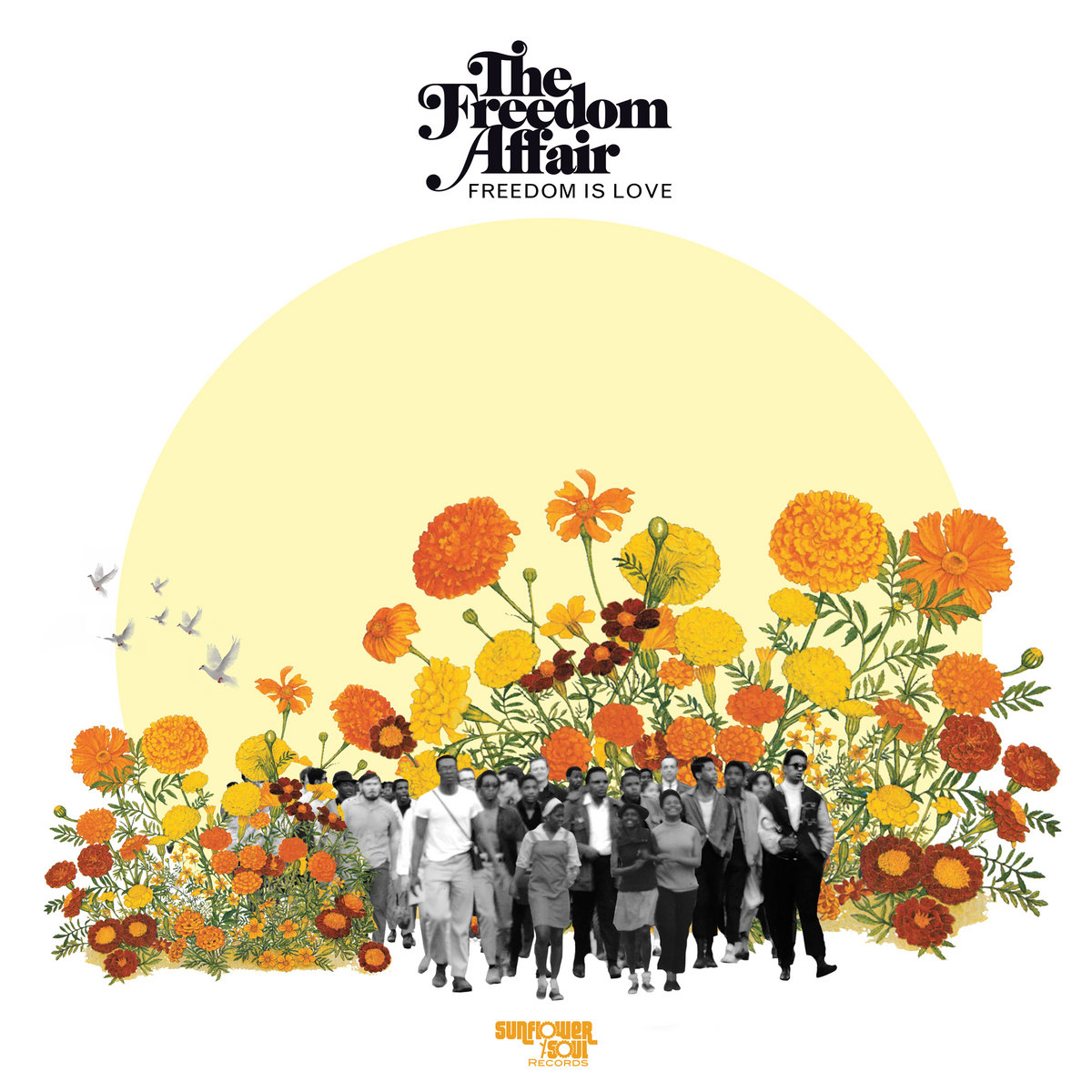 “Rise Up,” the Freedom Affair’s debut single released on Colemine Records last year, comes dead-smack in the middle of their debut full-length, Freedom Is Love, and anchored as it is by striking drums and an insistently sharp guitar line, it’s just as intoxicating and groovy a listen as it was when I first heard it 12 months ago.

The band’s sound leans more toward the stylistic swaps and switches of Daptone, as opposed to the rather more standard soul interpretations to be found on most Colemine singles and LPs. The Freedom Affair isn’t a fawning recreation of ’60s soul, but instead brings in aspects of funk and Afrobeat to create a soulful sound all their own.

“Outta My Mind” has two violins and viola, along with glockenspiel, congas, and sitar. The song demonstrates the breadth of the genre, and leans back toward the likes of the Stylistics, Delfonics, and Kansas City’s own Bloodstone. While not quite on the epic scale of the Love Unlimited Orchestra, it evokes the smooth sounds of ’70s soul in a manner which few modern acts are willing to take on.

Yes, given the fact that the Freedom Affair is a retro-leaning soul band which features three women vocalists—Misha Roberts, Paula Saunders, and Seyko Groves—one can be forgiven for immediately hopping to thinking of Sharon Jones & the Dap-Kings, but the sound of these three women hitting harmonies is just as appealing as when one of them steps forward to take the lead, such as Saunders does on “Move On.”

The horn section of trumpeter Pete Carroll and Brett Jackson on sax sounds far bigger than just two players. With the Freedom Affair a full eight members strong, making their sound even larger is definitely a statement to the strength of their talent. Freedom Is Love is a fabulous collection that I’ve been playing non-stop since September, and don’t see myself stopping anytime soon.

Freedom Is Love is available on most streaming platforms, and be purchased digitally from the Freedom Affair Bandcamp.