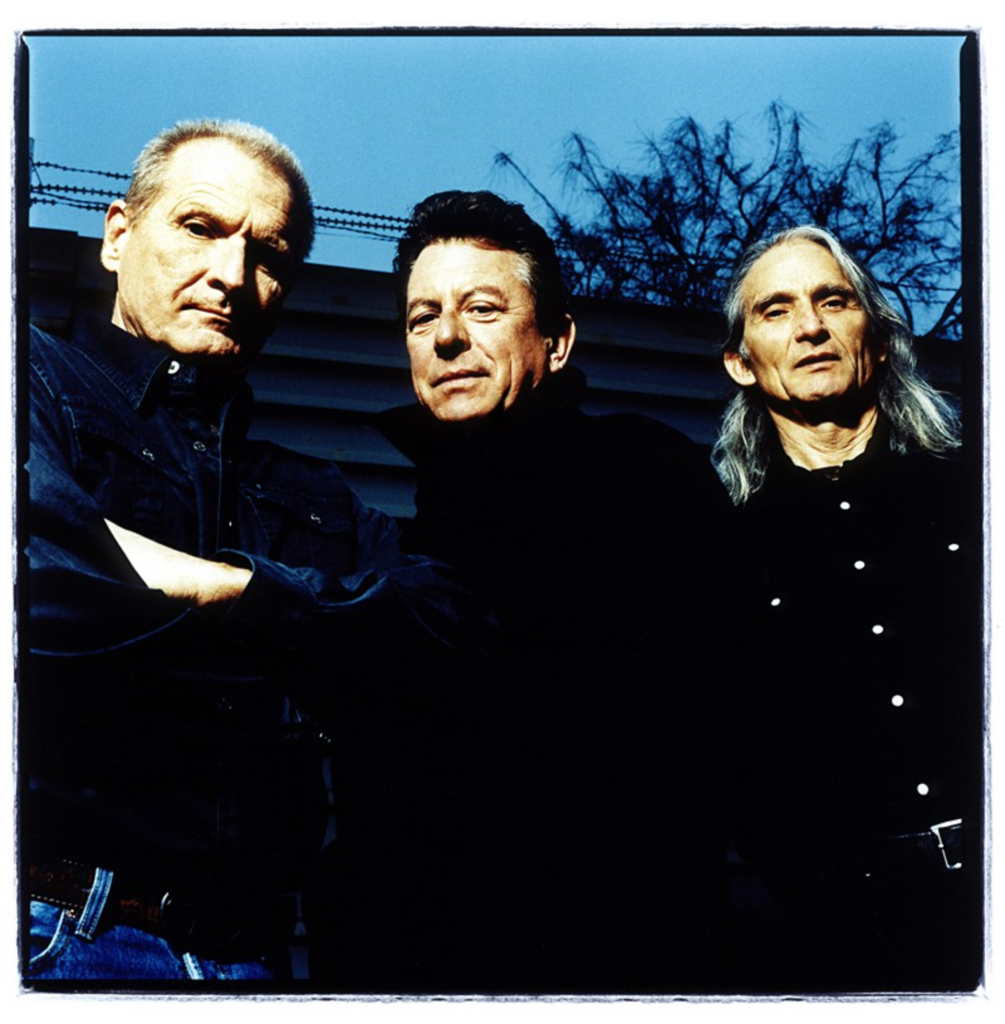 When the Flatlanders’ long-neglected first album was reissued in the early 1990s, it was called More a Legend Than a Band. Busy with solo careers, Joe Ely, Jimmie Dale Gilmore and Butch Hancock weren’t together again until asked to write a song for The Horse Whisperer soundtrack. They subsequently returned with their first full album in 30 years, 2002’s Now Again. The band is in prime form on Hills and Valleys, which finds the three honing that wiry, wind-whipped, West Texas mix of country, folk, roots rock and Tex-Mex. The lead track,
“Homeland Refugee,” is an anthem for these hard times, with Ely’s wistful, weary vocals mourn­ing the desiccated American dream (I lost my home when the deal went bust/To the so-called security and trust). It’s a theme that ripples through the album, including the fine cover of Woody Guthrie’s “Sowing on the Mountain.” But these three master songsmiths offer philosophical glimmers of hope, too, with the rollicking New Orleans-tinged honky-tonk tune “Just About Time” and on Ely’s pedal-steel-driven anthem “Love’s Own Chains.”