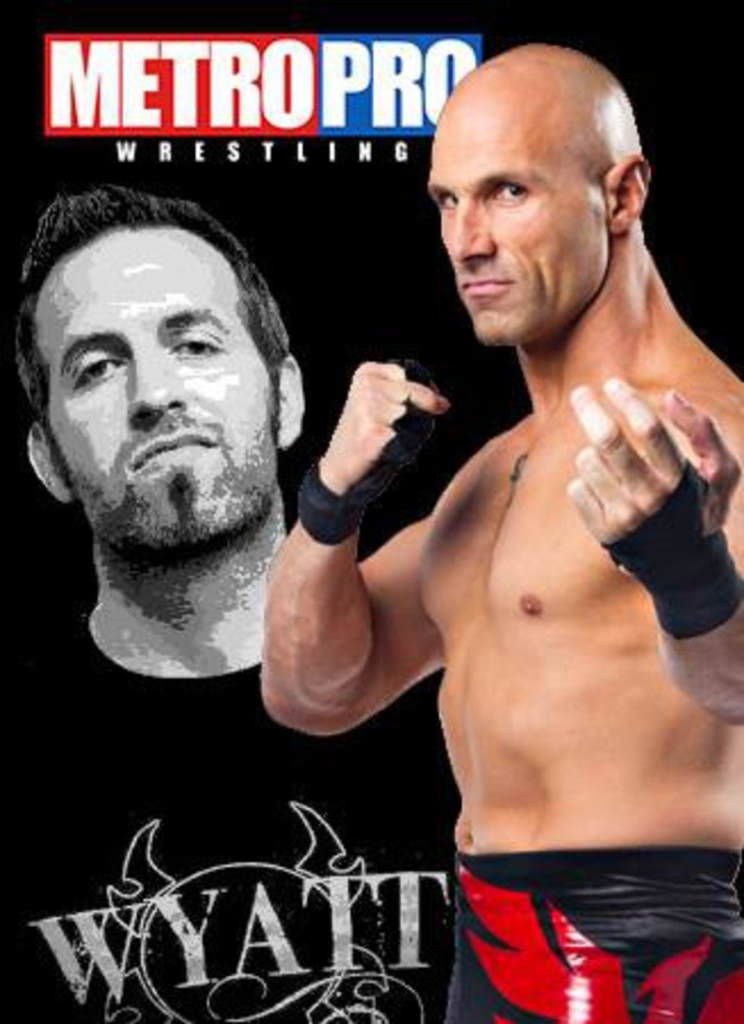 This month, the road back to championship gold gets even tougher for Wyatt as Styder has brought in current Ring of Honor and former TNA star “the Fallen Angel” Christopher Daniels to take on the local favorite.

Front row seats are sold out but $15 general admission tickets are still available (kids 5-12 get in for $10 and under 5 is free).

Daniels is regarded as one of the most talented pro wrestlers in the world. His matches in TNA with A.J. Styles and Samoa Joe were highlights of that fledgling organization, especially their Unbreakable ’05 match (relive it after the jump).

Mark Sterling vs. Mat Fitchett in a Central States Title No. 1 contender’s match.

The Commission vs. Left Coast Guerrillas

SBC vs. a mystery opponent.