Don Felder: The Dude “is entitled to his feelings” on the Eagles; show Saturday at JCCC 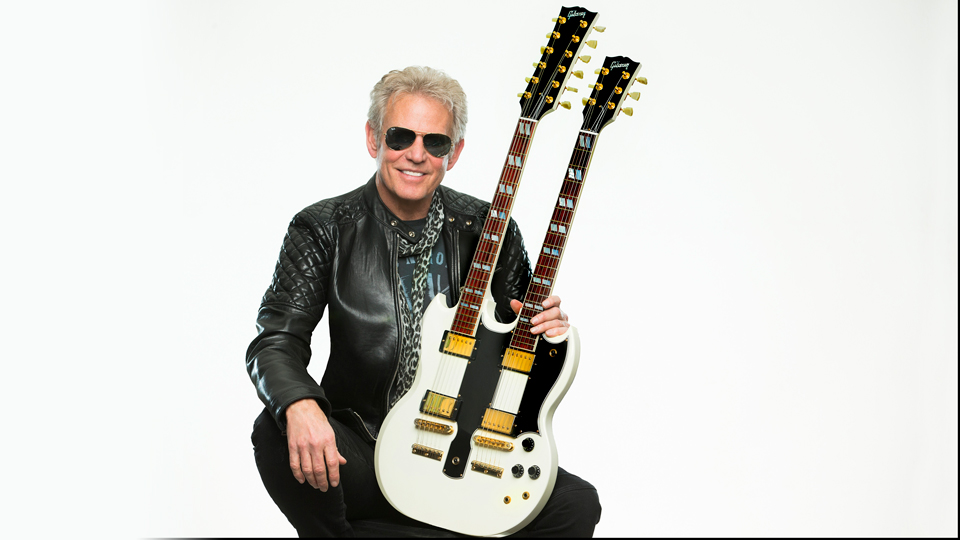 Musician Don Felder is best known for his guitar work with the long-running, best-selling, and incredibly divisive classic rock band, the Eagles, as well as his acrimonious firing from the band at the beginning of the millennium. More than that, though, he’s a guitarist’s guitarist, the secret weapon on any number of albums, most notably Stevie Nicks’ first two solo records. Given his deep musical history, it was tough to know where to start a discussion when we spoke by phone a few weeks back, but once it got going, we covered some interesting ground: the Eagles, The Big Lebowski, Heavy Metal.

The Pitch: The Eagles have once again regained the top-selling album of all time, bypassing Thriller back in August. What’s it like to have an honor such as that?

Don Felder: You know, I think it was 1999, and we were in a bit of a horse race with Michael Jackson, and the Eagles’ Greatest Hits won for the biggest-selling album of the twentieth century. We just nosed out Michael to be able to receive that accolade from the RIAA. It was a bit surprising, given Michael’s unexpected passing, that we would surpass him again, but I guess being out touring as much as the Eagles are, being out touring as much as I am — it really kind of keeps it in the public eye.

I think a lot of it had to do with digital downloading and streaming. Plays which, in the past, hadn’t been counted, so when they went back and looked at all of the streaming which had been happening, I think we surpassed Michael in that. The other remarkable thing is that Hotel California became the third-largest selling album of all time, so having the first and third-largest selling albums of all time? Two of out three isn’t too shabby.

Do you find it strange that Their Greatest Hits (1971-1975) sells better than a proper album?

That really is cherry-picking the greatest songs of the first three albums, is what it was. It’s a greatest hits album that really is nothing but hits. It’s the greatest hits from the first three albums, and Greatest Hits Volume 2 picks up after that, with Hotel California, One of These Nights, and The Long Run record, so I’m surprised it hasn’t done as well or as close to as well as the first greatest hits record. It just goes back further, in earlier generations, with the softer, more country-rock feeling of stuff like “Tequila Sunrise” and “Desperado” — those easier, lighter songs that seem to resonate more with the older generation.

For a musician of your stature and caliber, it seems astonishing that you’ve only released two solo albums, and they’re nearly 30 years apart. Do you just wait until you’re quite certain you have material you want to release, as opposed to simply putting product out there for consumers to buy?

I think it’s both. I have just recently finished another solo project that’s been two years in the writing and recording process, and in between touring, when I had a week or ten days off the road, I was in the studio. So, it’s more difficult to have enough concise time set aside to write, record, and produce 10, 12, 13 tracks that are high quality.

I won’t put out a song on a record that I don’t really believe in — that I don’t believe is “A” caliber. There are no b-sides on any of my records that I can judge. I’ve already started writing songs for my next project, even though this hasn’t been released. It’ll be out somewhere at the end of the first quarter of 2019. Hopefully, it won’t be as long between releases again.

I find it really wonderful that you play your song from the Heavy Metal soundtrack, ‘Heavy Metal (Takin’ a Ride)” as a regular part of your sets.

I do. It was funny, because during the Eagles’ Hell Freezes Over Tour, there would be at least five or ten people that would yell out, “HEAVY METAL!” and want the Eagles to play that song, although that was never going to happen. That track was originally written for The Long Run record, so that Joe [Walsh] and I would have some real estate to actually play off of each other on. We could trade solos, and there’s harmony parts we could’ve played together.

But, we got to the end, and there was the bare minimum recorded. I think there’s 10 songs on The Long Run? And everybody was just cooked. We just had to leave unfinished pieces of music in the studio and go out on the road before we killed each other. It was languishing about, and then I went out to see the film with the director in a screening room and saw this animated movie, and for me, it was the first full-length animated movie that wasn’t a Disney movie. It was really aimed at the adult audience.

He asked me to write a track for the movie, and I thought about that track from The Long Run that was just languishing in dust, and rewrote the lyrics and melody to go on with that Heavy Metal movie, and it really got a great response. It got a lot of FM airplay, and became one of the most notable solo song releases that I’ve had in my career.

Speaking of movies, there’s that infamous line from The Big Lebowski, where the Dude says, “Man, come on: I had a rough night, and I hate the fucking Eagles, man.” How is it, to be watching a film, and then have a character with such a vehement reaction to your music?

I’ve seen it a couple of times here and there, in passing. It’s funny, because any time you receive a request to use one of your songs — whether on television or in a book or in a film — you have to see the set and setting that it’s going to be used in. So, we saw an advance of it being placed in the film: where it was, and how it was going to be used. We found it pretty humorous, to tell you the truth, that this character hated the Eagles.

There are people that just don’t care for it, which is fine with us. You can’t win everybody over, but, like I said, with the first and third best-selling albums, there must be a fair amount of people out there that like that music. It’s just a little bit sad that [the Dude] doesn’t feel the same way, but he’s entitled to his feelings.