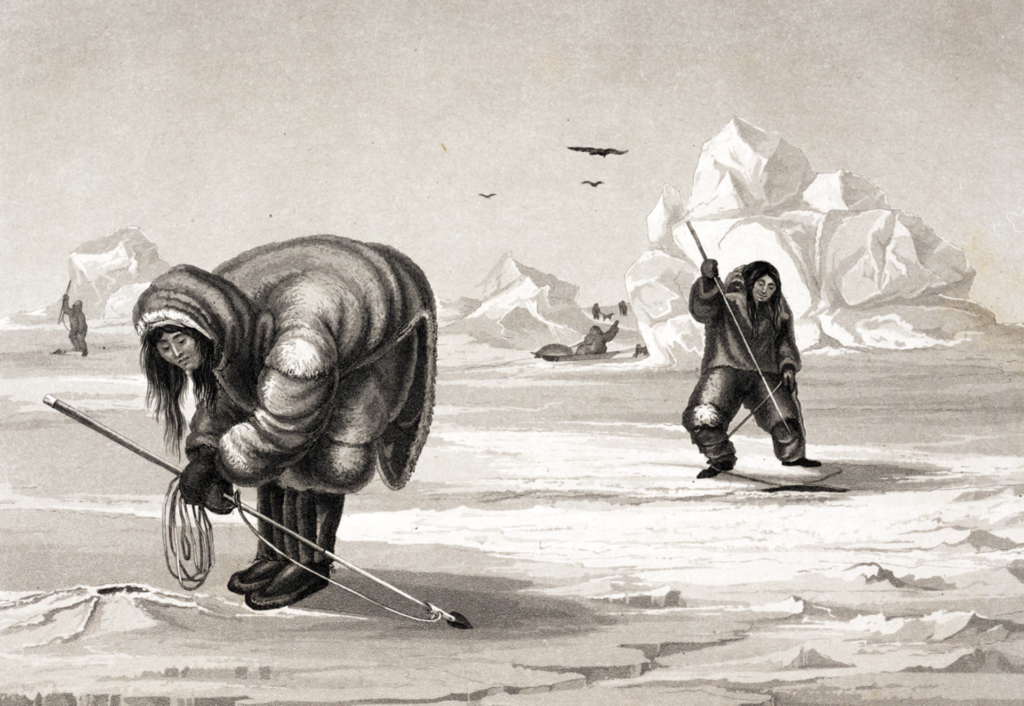 If you want a hot romance, you need look no further than Ice: A Victorian Romance at the Linda Hall Library. William B. Ashworth, the curator, is an associate professor of history at University of Missouri-Kansas City and has organized astonishing exhibitions from the library’s rare-books collection.

The exhibition covers the period of arctic exploration from 1818 to 1860. Those 19th-century expeditions set the stage for all later explorations of, and ideas about, the arctic, Antarctica and how the prehistoric Earth developed. It’s mind-boggling to think of this kind of exploration with heavy 19th-century clothing, wood ships and limited technology. Through these books and their illustrations, Ashworth tells the moving story of the 19th-century Western fascination with the arctic. The gorgeous, diminutive images in the exhibition suggest the engagement these captains and crews had with this frozen, alien world and its creatures and citizenry. The images that populate these books include ice and seascapes, maps, seals, Beluga whales and native tribal people.

The illustrated books in Ice deliver us to the arctic in no less exciting terms than the account by explorer Ernest Shackleton. Anyone who has read about Shackleton’s 1914­-16 expedition on the Endurance knows that it is one of the most harrowing survival stories of all time. Trapped in the ice for almost two years, Shackleton and his crew epitomize with their endurance the age of arctic exploration.

Sir William Edward Parry’s journal is an account of his second voyage trying to find the Northwest Passage from the Atlantic to the Pacific. He, too, was frozen in for two years, though he wasn’t as tragically isolated as Shackleton’s ship and crew. Parry’s crew had learned from the Inuit how to surround their ships with snow and ice blocks to insulate them while they were frozen in place. Parry studied the native Inuit people, and many of the images from his voyage are genre scenes, focusing on the everyday life and habits of the Inuit. The drawings are beautiful: animated and intimate portraits of the Inuit as they fish, wait for seals at breathing holes and joyride on their dogsleds.

William Hulme Hooper spent 10 months wintering on the Siberian side of the Bering Strait, looking for the lost explorer John Franklin. While there, Hooper studied the Tuski people. Images from Hooper’s book depict the reindeer-drawn sleighs of the Tuski and their walrus-skin tents.

Death was prevalent on arctic expeditions, and burials were commemorated. The record of Danish Greenlander Carl Peterson’s 1860 expedition (also to search for Franklin) illustrates a crewman’s burial under the light of a paraselene — a luminous ring surrounding the moon.

Personal and scientific, these documents bear witness to some of the most exciting and difficult explorations ever undertaken. It isn’t monumental paintings or sculpture that memorialize these tests of endurance and perseverance. Instead, the books are filled with lived experiences that transcend time and place to re-emerge as some of Western culture’s most compelling historical and creative objects.