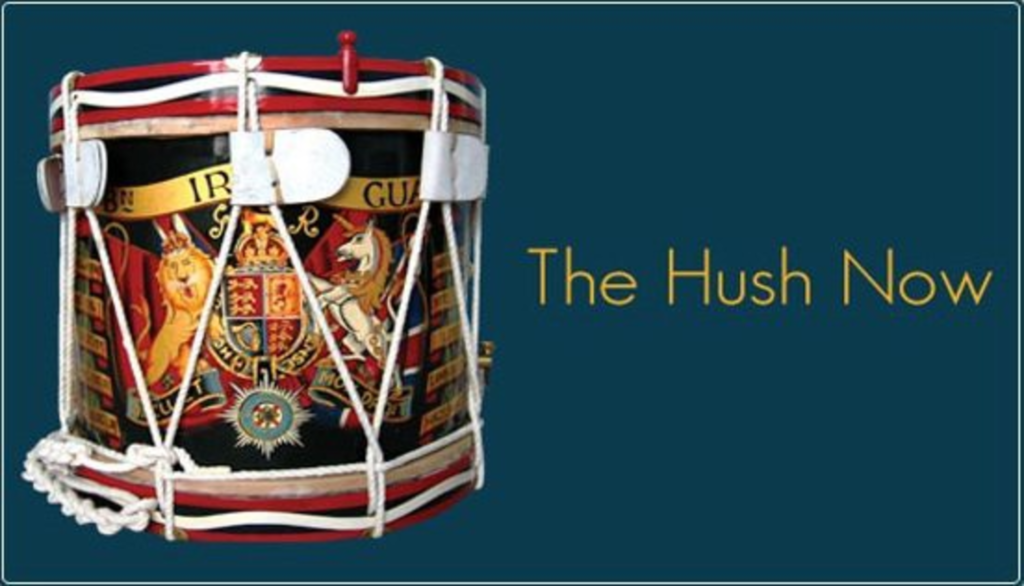 It’s not surprising when self-proclaimed shoegazers list My Bloody Valentine as an influence, but it’s hard not to raise an eyebrow when Hall & Oates gets tossed into the same mix. Boston’s Hush Now issued its self-titled debut last October, but has recently decided to give it away for free. From the band’s MySpace page:

“So, what do a van, a priest, and Queen have in common? They all added up to one momentous night that lead to the birth of The Hush Now. It was a dark and stormy night in Los Angeles when Noel Kelly found himself careening down a windy road trying to drive stick shift with a broken wrist. Unable to make the turn in time, he came to with a flagpole shooting through the windshield, Queen’s “Don’t Stop Me Now” on the radio, and one angry priest (due to one large dent in the side of his church) peering down at him. With this near-death / bone-shattering experience, Noel packed up and moved to Portland. It was there he began writing what we now know to be The Hush Now’s debut self-titled album.”

You won’t find anything too close to “Maneater” on the album, or Queen for that matter, but fans of early 90’s indie-pop should find something to connect with. Download the debut in its entirety for free at the Six Star Promotion website.