Ten years after last playing Kansas City, and a long 13 years after their own messy, career-threatening political controversy, the Dixie Chicks stuck the landing last night. It wasn’t a return from exile; they were clearly wondering, loudly, what all the fuss had been about in the first place.

The show opened in stark black and white (White: piano, drums, guitars, fiddle, lights, even mic stands; Black: everything else).  An IMAX-size screen behind the band flashed tightly timed and choreographed images—swooping travelogue montages, kaleidoscopic morphs of the band, ancient clips from the American past.  The band dove into the appropriate “The Long Way Around,” and from that moment, the spectacle was on. Even without a new album to tour on, the trio provided the music the adoring crowd craved. 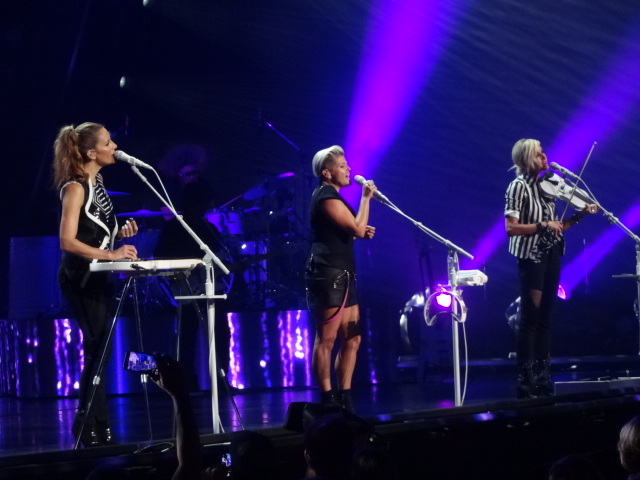 The music was immense, and strictly speaking, not the bluegrass and country of Wide Open Spaces, but that wasn’t the point.  As they tore into the aisle-filling (and usher-challenging) “Some Days You Gotta Dance,” many good things ripped free from the crowd, whose backing vocals were a crucial part of the show throughout the concert.

In addition to all that black and white, there was quite a bit of purple. The second most moving moment of the night was a surprise tribute to Prince, the band’s version of “Nothing Compares 2 U,” with Emily Robison’s lap steel providing the necessary guitar whispers.  (The most moving moment was the way the show opened with an empty stage—including white piano and guitars—and let Prince’s own “Let’s Go Crazy” play all the way through.) 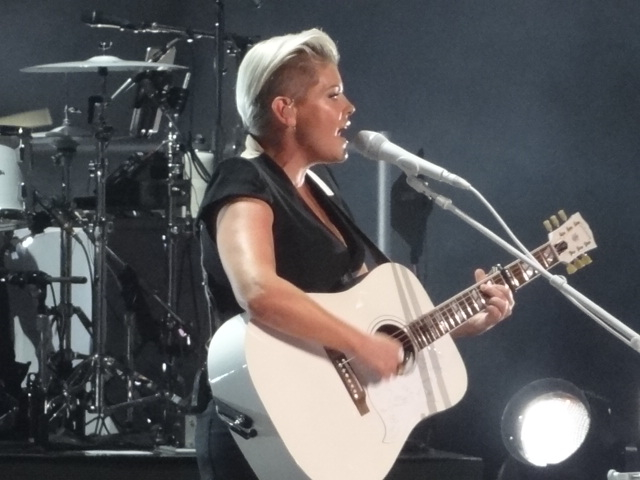 Natalie Maines’ archival comment about George Bush now seems absolutely innocuous compared to the full-on, non-subtle and confident attacks of this show. As the arena filled with the revenge lyrics of “Goodbye Earl, the frantic video images included vintage mug shots, femme fatale imagery from classic films and snippets of villains past and present, including O.J. and a Donald Trump photo defaced with horns and crumpled into nothing instantaneously, almost subliminally.  Combined with 18,000 or so singing “Earl had to die,” it was a recipe for sensory overload.

About the time the pageantry threatened to become overwhelming, the Dixie Chicks reined things in, playing a bluegrass medley (including a few “Seven Nation Army” licks) while the stage was re-set and the space was transformed into a hay-colored barn side. The trio’s version of “Travelin’ Soldier” was a return to their traditional sound—and a reminder of the instrumental talents of Maguire (fiddle) and Robison (seemingly anything with strings). 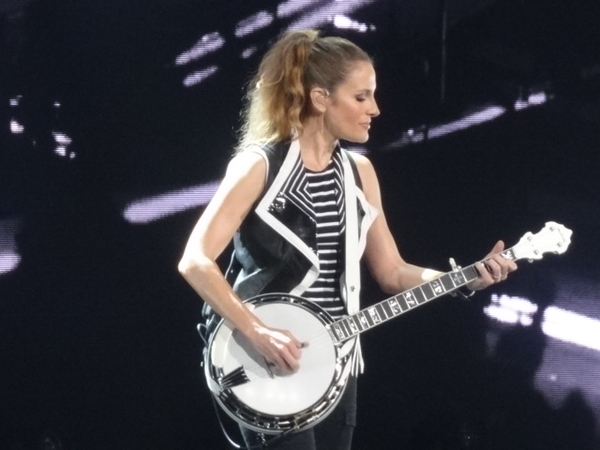 Openers Vintage Trouble and Smooth Hound Smith joined the Chicks for an unplugged version of the third Patty Griffin song of the night (after “Truth No. 2” and “Top of the World”), the not-yet-recorded swampy version of “Don’t Let Me Die in Florida.” That was followed with an unexpected front-porch version of Beyonce’s “Daddy Lessons,” which segued perfectly into the crowd favorite “White Trash Wedding.”

The Dixie Chicks opened the stage back up for the final songs, and Maines introduced Fleetwood Mac’s “Landslide” (one of the night’s biggest sing-alongs) by saying they’d originally been attracted, all those years ago, to the line “I’m getting older, too.” “Now we’re nine babies in,” she said, grinning, “and that line’s just irritating.” 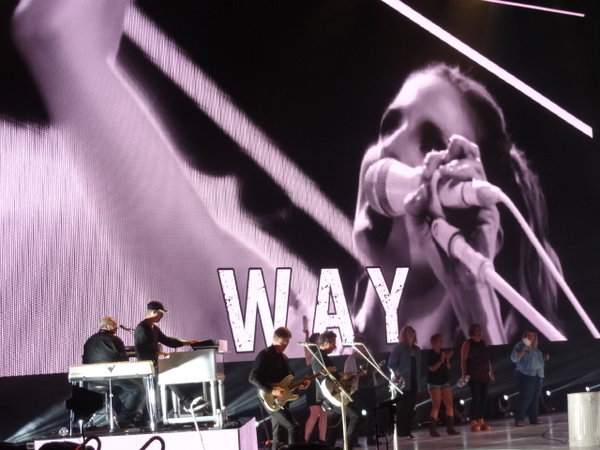 The show built to a grand finale of the powerfully hopeful “Better Way,” and as all three bands (and a generous portion of their families) joined the Dixie Chicks, Maines asked, repeatedly “Are you ready to change the energy of the universe?”  It was a big charge, even for a packed arena, but by the time she asked, it had already happened. 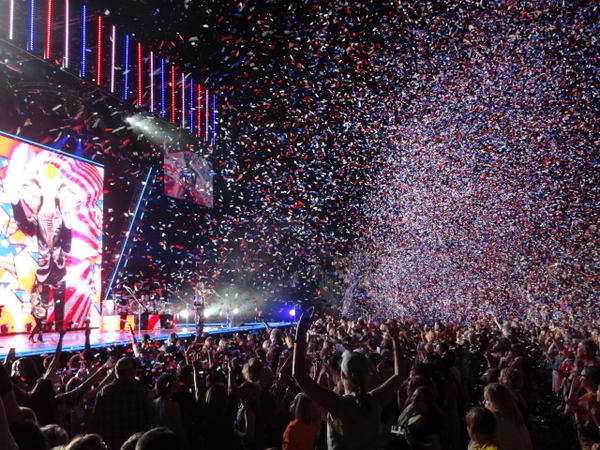 Leftovers:  Bluesy roots duo Smooth Hound Smith opened, and even though ITS format was more Tiny Desk than arena-ready, Zack Smith’s slide guitar and creative percussion and singer Caitlin Doyle’s huge and affectionate vocals made them part of everyone’s family. 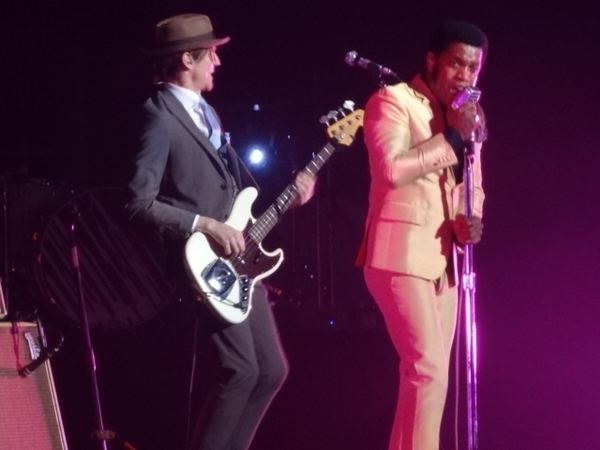 Second band Vintage Trouble, an L.A.-based R&B powerhouse—think James Brown backed by the West Pennsylvania Bootlegger’s Union–was the near-perfect opener. Singer Ty Taylor was a dervish, completely sweating through his tailored golden suit, and he also provided the best antidote for the inevitable and goofy hatred of the Westboro Baptist Church. “It’s 20-fucking-16,” he declared earnestly, previewing the Dixie Chicks message, “and we’re supposed to be in love with ourselves.”

The Long Way Around

Lubbock or Leave It

Some Days You Gotta Dance

Top of the World

Cowboy Take Me Away

Not Ready to Make Nice