The Dirt asks us to sympathize with a bunch of immature douchebags. No thanks 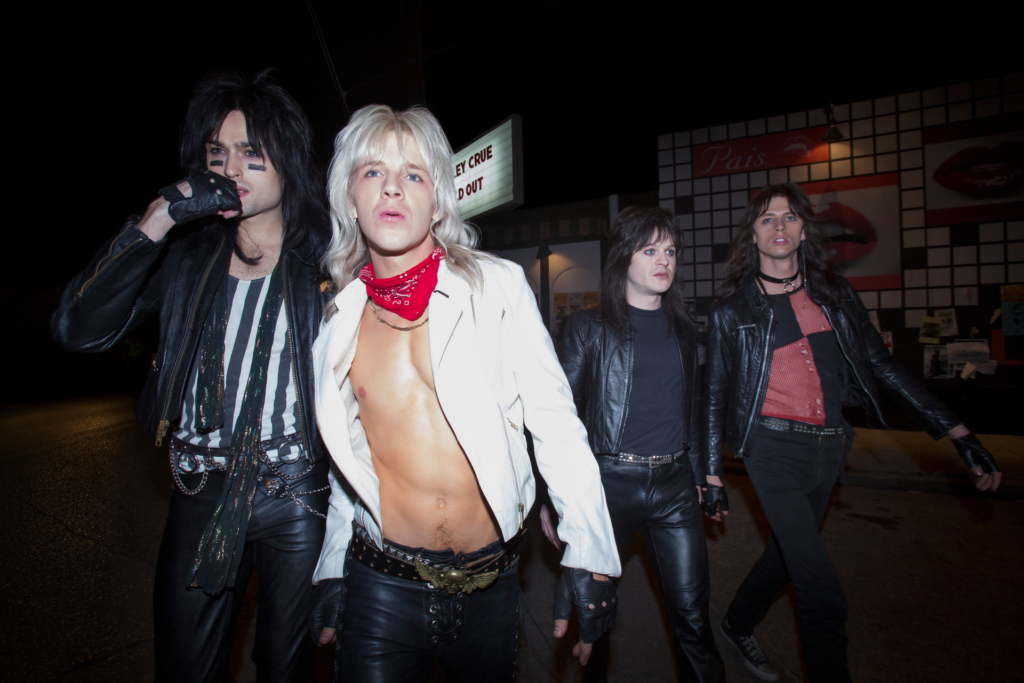 Yeah, that about sums this one up.

Crüe guitarist Mars is played by Iwan Rheon, best known as the torture-happy pervert Ramsay on Game of Thrones. Here, Rheon is playing against type, I suppose, as the least irritating of four irritating band members. But that isn’t saying much. If the real Mötley Crüe is nearly as rebellious and rule-breaking as the members think they are, then The Dirt was an opportunity for them to thumb their noses in the face of Hollywood and the traditional music biopic, especially following last year’s mostly fictional and 100 percent formulaic re-jiggering of the Queen story in Bohemian Rhapsody.

Instead, despite all the rampant misbehavior, sex, and drugs, this movie is completely tepid. The Dirt merely asks the question: When you remove the usual likable rock biopic protagonist and replace that person with four raging assholes, can you spin the same bullshit redemption arc and still make it work?

The answer is a resounding no. Because of the unhinged debauchery of its source novel (co-written by Neil Strauss, because you know no one in this band can actually write), the movie version The Dirt, directed by Jeff Tremaine (The Jackass movies, Bad Grandpa) and starring rapper Machine Gun Kelly as Tommy Lee, could have done something different. Instead, it’s the Same Ol’ Situation (S.O.S.) all around, with the exception of a self-righteous, nasty tone from the start (even when the band members are teenagers) that does the movie no favors later when it asks the audience to sympathize with these douchebags.

One thing The Dirt is highly skilled at is constructing a fantasy wherein its four main characters are supposed to be admired for their refusal to deal on any level with adult life. (Until they’re not, during a sad-sack final act the film doesn’t earn.) Tremaine knows this is the “boring” stuff, so the movie literally fast-forwards through a couple stints in rehab to prove it, and also breezes right on after Vince Neil (Daniel Webber, who looks like Garth from Wayne’s World without glasses) kills Hanoi Rocks drummer Razzle (Max Milner) and gets a whopping 30 days in jail for it. It happens, he’s out, and the most interesting, substantial event that’s happened so far is forgotten as the script moves directly onto the heroin habit of Nikki Sixx (Douglas Booth).

Making matters worse, the movie has five narrators, all blaming everybody else for their problems, and reflecting back on it now that everything’s rosy. When personal tragedies happen (until the very end, at least), no one in the band addresses it or talks about it with anybody else, because they’re all self-involved children. This is probably a realistic depiction of what it was like to live a hedonistic lifestyle where you ingest every substance known to man and screw anything that moves, including your bandmate’s fiancé. But if that’s the case, why try to force the same fraudulent “band is family” horseshit that Bohemian Rhapsody was also shoveling? Why not embrace the conflict? When the dramatic strings sweep in to signal a change to more “serious” matters, it’s laughable.

In the case of The Dirt, the authentic, rule-breaking storytelling strategy would have been to portray Mötley Crüe as the children they were, instead of some teenage wish-fulfillment fantasy that retro-cons their history and sugarcoats their bad deeds. (The completely dishonest beginning of the movie features a voice-over telling us that their bad-boy behavior was some kind of overall reaction to how crappy the 80s were in general.)

Most notably, perhaps, there isn’t a single discussion about the band’s music, their inspiration, their influences, their craft — none of it. Maybe it’s because the music was never really as important as the “legend” of Mötley Crüe. When the credits mercifully roll on The Dirt, there’s a split-screen that shows the film’s fidelity to actual pics and video from the 1980s. Admittedly, costume and set design are about the only thing the movie has going for it, as it captures the look of the Sunset Strip-era glam metal madness well. But for an honest depiction of the unique self-delusion of that era, you’d be better off watching the hilarious and sad 1988 documentary The Decline of Western Civilization Part II: The Metal Years, which proved 30 years ago that this kind of tale could be told with a raw honesty that illustrated the real double-edged sword of all of this debauched indulgence.