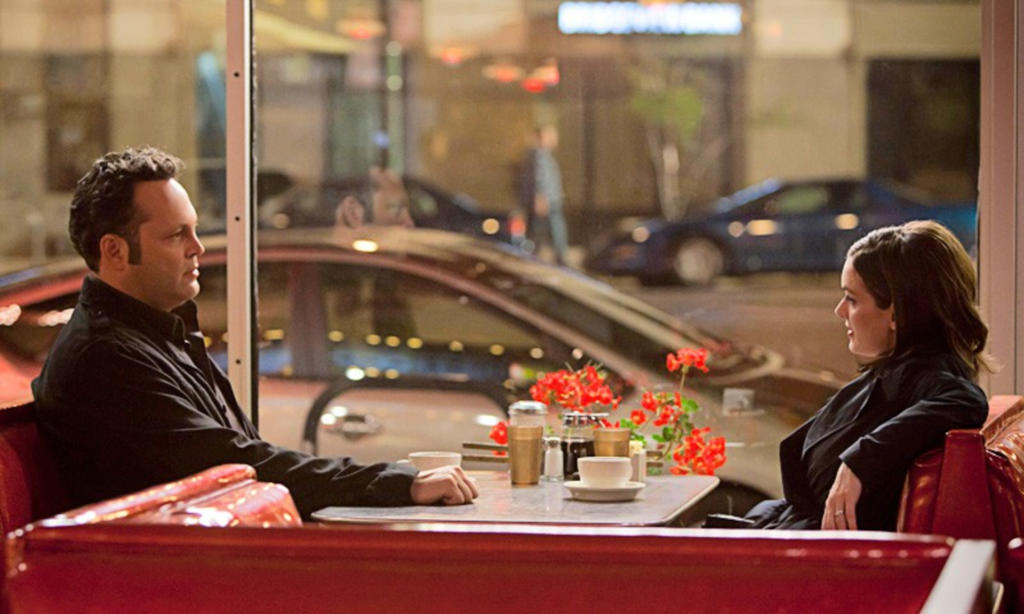 Vince Vaughn is Ronny, co-owner of a boutique car-engine manufacturer. He’s the pitchman; the brains belong to Nick, played by Kevin James. Their intention: to build the guts for the first electric-powered muscle car and sell the prototype to Dodge.

From Ron Howard, director of the better carmaker dramedy Gung Ho, The Dilemma has myriad subplots piled into the trunk of a lemon. There’s the larger story line: Ronny sees Nick’s wife (Winona Ryder) messing around with a tattooed love boy (Channing Tatum), and his inability to reveal the infidelity sends Ronny into a slapstick free-for-pratfall.

Then there’s Ronny’s own commitment issues to girlfriend Jennifer Connelly, a frat boy’s wet dream in a Cubbies tee. Ah, and what of Ronny’s gambling addiction? Just wait for it. And Queen Latifah is here, too — well, here and there, in a role that appears to have been added and then forgotten just about after she was hired.

In short, The Dilemma is a mess — not comedy, not drama, not clever, not insightful, only forgettable. What were we talking about again?