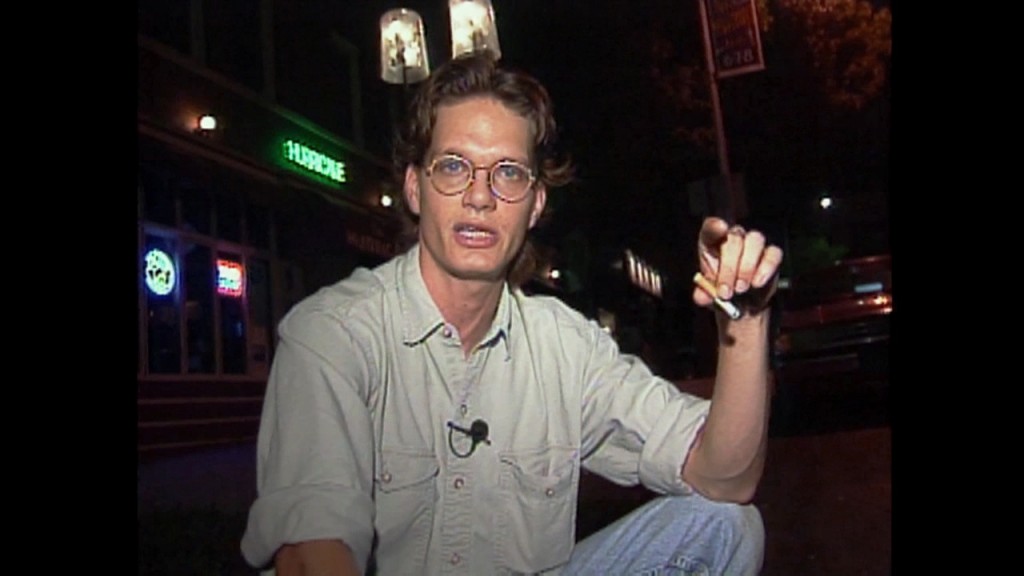 When 90.9 the Bridge did a week of ’90s-themed programming at the beginning of June, one of the highlights was the slew of videos posted to the station’s YouTube channel, featuring vintage performances from the television show Burnin’ Down the House. Hosted by John McGrath from 1996 to 1998 on Channel 38, the half-hour Saturday night program saw area artists performing live in venues like the Hurricane and the Grand Emporium, with professionally-shot video and soundboard recordings.

When the program was on the air, it was a boon to a young me, stuck in Lansing and in high school, unable to see these bands I read about in this very paper, but could hear on shows like Radio Free Westport or The Living Room with Stan and Joel. After the opening strains of Soul Coughing’s “Screenwriter’s Blues” played over the opening titles, getting to see the Bubble Boys rip up a version of “Carsick” or TV Fifty crank through “Better” opened my eyes to what was going on just 45 minutes away.

When I spoke with John McGrath last week, the former host – who now works as a multimedia producer for Flatland – is still fairly blown away by the response the videos have gotten.

“There’s kind of a little cult fanbase of people that have VHS copies,” explains McGrath of the path to Burnin’ Down the House‘s new digital life. “But, about four years ago [Dale Messing]’s like, ‘I got these boxes of tapes in my garage. I’m just gonna throw them out. Do you want ’em?’ And I’m, like ‘What?! Don’t throw them away, man! You can’t throw them away – this is history, dude!’”

Messing, a longtime reporter with KSHB-TV, was the one who originally got the program started. Before Burnin’ Down the House, McGrath was the co-host of a music video show called Video Jamzz. 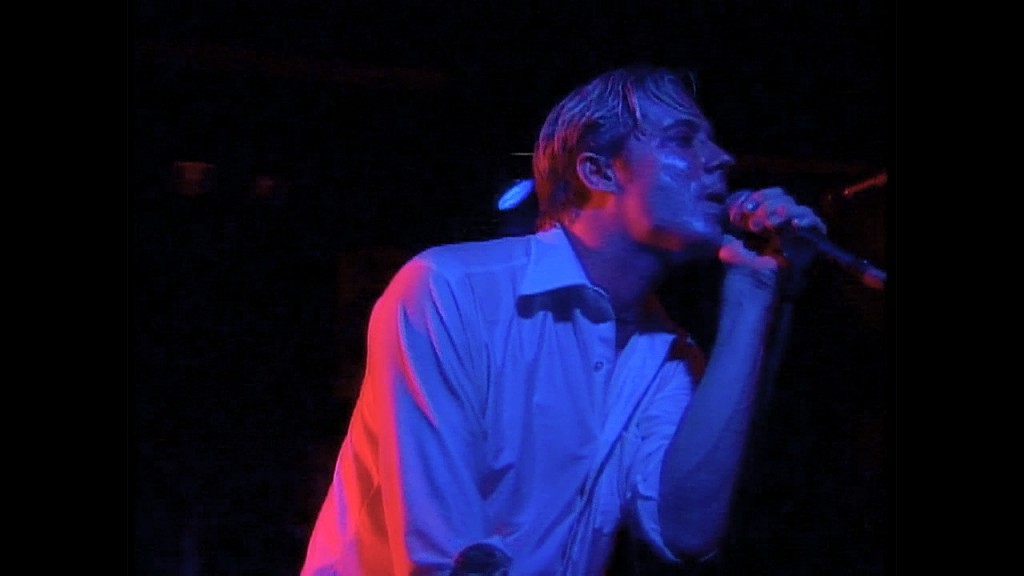 “Because grunge had gotten big and Nirvana had kind of taken off, I was Johnny Mack, the alternative music guy on channel 41,” McGrath says of his start. “I had done a big documentary on the Lawrence music scene and I’ve co-hosted Video Jamzz and talked about Season to Risk, so Dale sees that and he convinces the general manager–he says, ‘Hey, can John and I and a news photographer–can we take three cameras and go out at night and shoot this crazy show and put it on Channel 38?’ and she said yes.”

McGrath says that Messing is the godfather of Burnin’ Down the House, and that for the first two shows, he was just the host. After that, it turned into a labor of love for everyone involved.

“We loved doing it, but it was tough, dude,” admits McGrath. “Things are fun at the beginning and then, all the news photographers kind of drop off. By the second season, it’s just Dale and I begging somebody to go with us on a Wednesday night to the Hurricane to get the Glitterkicks opening up for whoever.”

As McGrath continues, it wasn’t easy. While there were big deal events–Outhouse opening for KISS at the Topeka Expo Center or covering the Pitch’s second Klammies local music awards in 1998—a lot of the shows were Tuesday night performances at two o’clock in the morning, and the host and producer were at the mercy of whomever happened to be running the soundboard for whatever particular show they were shooting, resulting in wildly uneven audio at times.

“Who was running the board that night determined 50% of our show,” McGrath explains. “We would pull up to the Grand Emporium, and Buzz Collins would be running sound, and we’d be like, ‘Oh, thank god,’ because he’s going to give you a good feed and a good mix of the bands. But sometimes, you would go in and get some rookie on the board for Shiner at the Hurricane. Shiner’s awesome, but this guy doesn’t know a board from a hole in the wall, so I have this great Shiner show, but the mix kinda sucks.”

By the time 1998 rolled around, the show had been featured in the Kansas City Star, with a front-page article in the Arts section, where McGrath waxed poetic regarding how the show would go on forever.

“Then, it’s like a movie: ‘Three weeks later, they quit,’” he says with a rueful laugh. “It was attrition, man. We just couldn’t do it anymore.”

After about working at Channel 41, McGrath did film work in New York for a year, then came back to Kansas City, where he worked at KCTV-5 as a special projects guy. From there, he went out to LA and worked in film from 2005-08, doing assistant directing.

“But I’m a filmmaker, so then I came back and got a little bit back in the filmmaking,” McGrath says of his return to KC. “Did some local work here and then got this incredible job at Kansas City PBS where I’m a producer.”

In addition to producing, McGrath is back as a host, this time for the local film program, Arthouse. Looking back on his time with Burnin’ Down the House, the host says that revisiting these programs over 20 years later has been a trip, because McGrath barely saw the shows when they aired, himself.

“Everybody was smoking back then,” he says with some disbelief. “I’m on TV, smoking! You have a cigarette in your hand, and you don’t wear just a long sleeve shirt, you wear a long sleeve shirt with the Foo Fighters shirt over it and the 311 hat. It was just crazy to look back on how we dressed.”

While there have been a few clips on the Bridge’s page, as well as McGrath’s own Facebook page, the host is in the process of putting together a Burnin’ Down the House YouTube channel of its own, which will feature everything from the box he pulled out of Dale Messing’s garage five years ago.

“I can’t wait to get them out there for people to see,” McGrath says as we finish up our call. “Wait ’til you see Shiner and Giants Chair. That last one blew me away.”

Categories: Music
Tags: 90.9 the Bridge, burnin’ down the house, john mcgrath, Season to Risk
Support Us