The Deer Tracks at RecordBar last night: “It’s like being on a sugar rush” 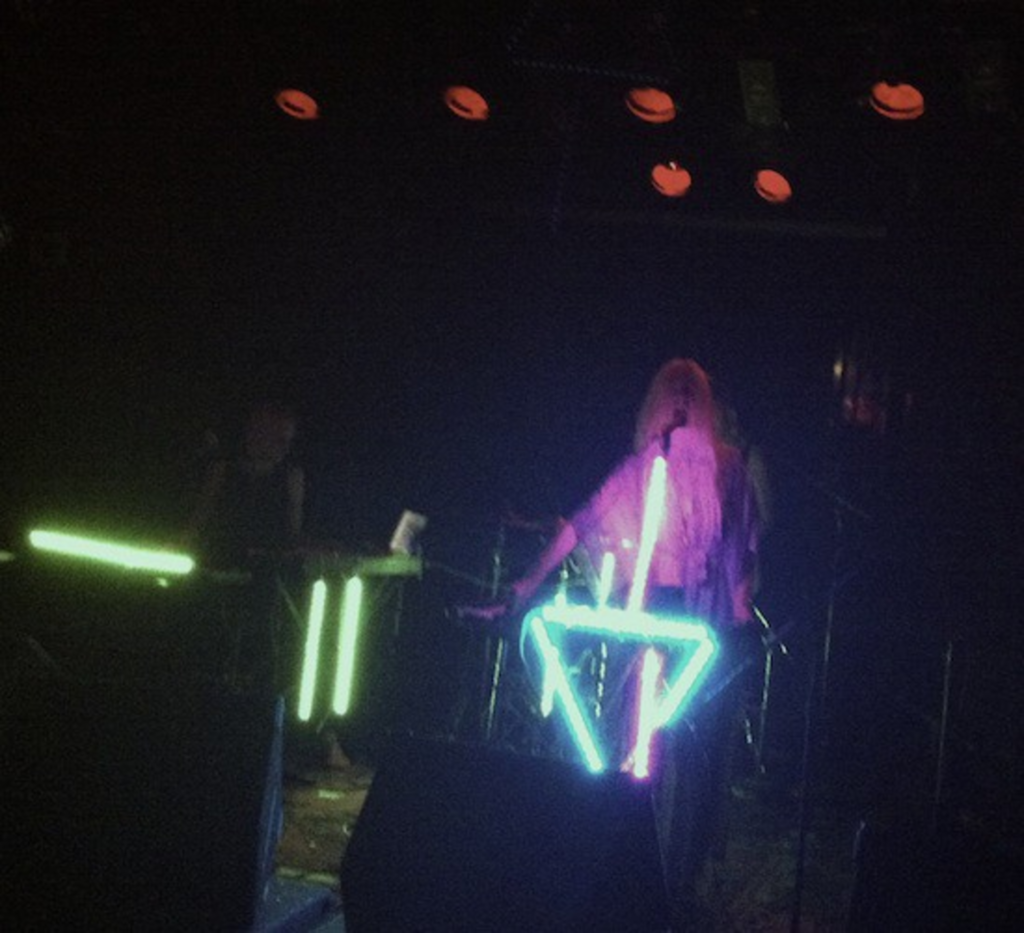 Elin Lindfors doesn’t look like she belongs with regular people. She has a very slight build, with a Snow White complexion, waist-length white-blond hair, and arresting gray-green eyes. She’s startlingly beautiful, like some kind of fairytale creature. Have you ever seen the Last Unicorn? Lindfors is the human version of Lady Amalthea.

The metaphor stands, too, for the music that Lindfors makes with her artistic partner, David Lehnberg (who was on drums for the majority of last night’s set). Together, the Swedish duo create what they like to call “Northern Light experimental electronica.” The sounds Lindfors and Lehnberg come up with are about as wonderfully strange and rare as a unicorn.

Lindfors has a spectacular voice, feather-light, but with enough power to hush a room – something that wasn’t a problem last night at RecordBar, where there were only about a dozen audience members (including the five-piece opening band Middle Twin from Lawrence). At times, Lindfors seemed to evoke the distinctive eccentricities of Björk, with her moody howls and echoey vocalizing.

The Deer Tracks’ live show is an ethereal experience, and it’s a shame that there weren’t more people last night to enjoy it. The duo had everything but the kitchen sink onstage with them and at their disposal to create various odd effects, from a glockenspiel to a saw. Lindfors would coax warbled, ghostly sounds out of the latter as she stood barefoot in front of her microphone.

The stage was mostly dark except for the rainbow lights that trailed Lindfors’ mic stand, Lehnberg’s drum kit, and the keyboard of a third touring member. There was no set list onstage, and it was impossible to follow where one song ended and another began; their music seemed to be morphing throughout. 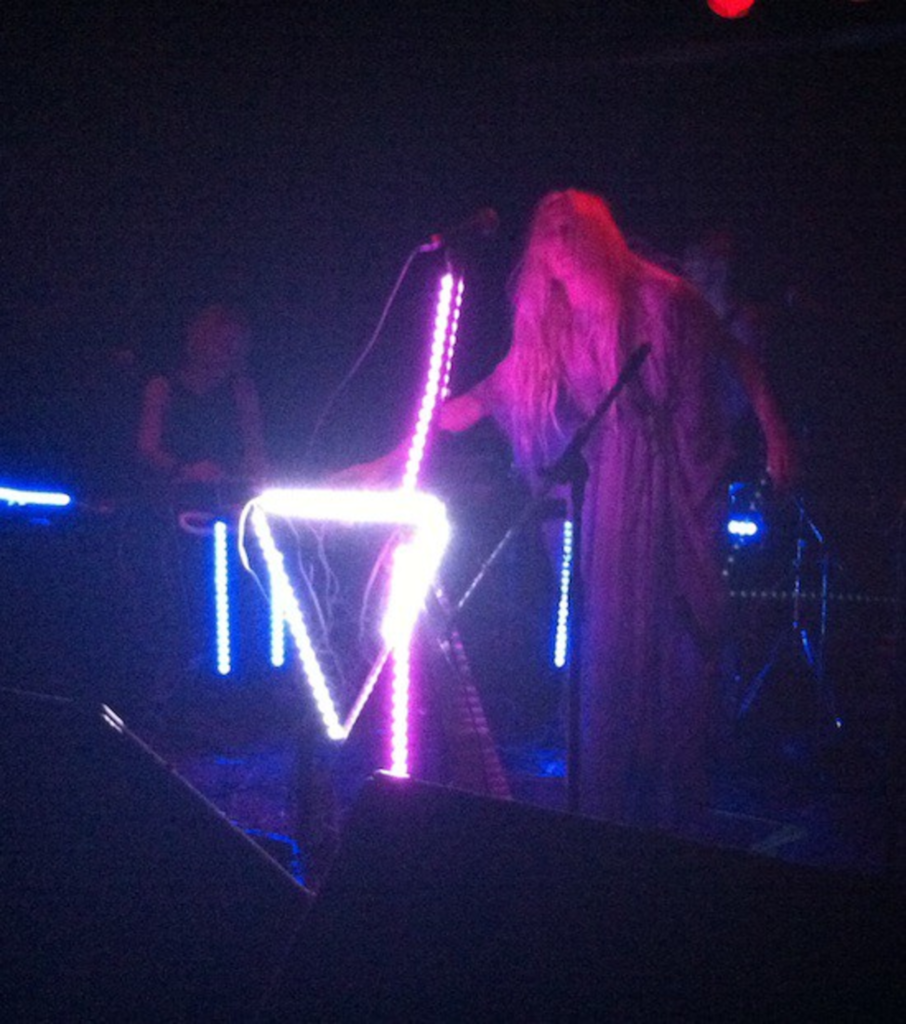 After the show concluded, there was ample time to say hello to Lindfors, and I asked her how the tour had been going so far. They’re on their second week of a two-month run.

“Really, really well,” Lindfors said, smiling sweetly. “We love coming to America. Everyone is so nice! They say hello, good morning, they want to talk to you. It’s like being on a sugar rush.”

The Deer Tracks are touring in support of their third album, The Archer Trilogy Pt. 3, which is the final installment in the band’s debut project. Lindfors assured me that more music was on the way.

“Our friend has just purchased an old schoolhouse in the middle of nowhere and invited us to come and do whatever we want there,” Lindfors said, adding that she and Lehnberg would take two weeks in the spring to record their album there.