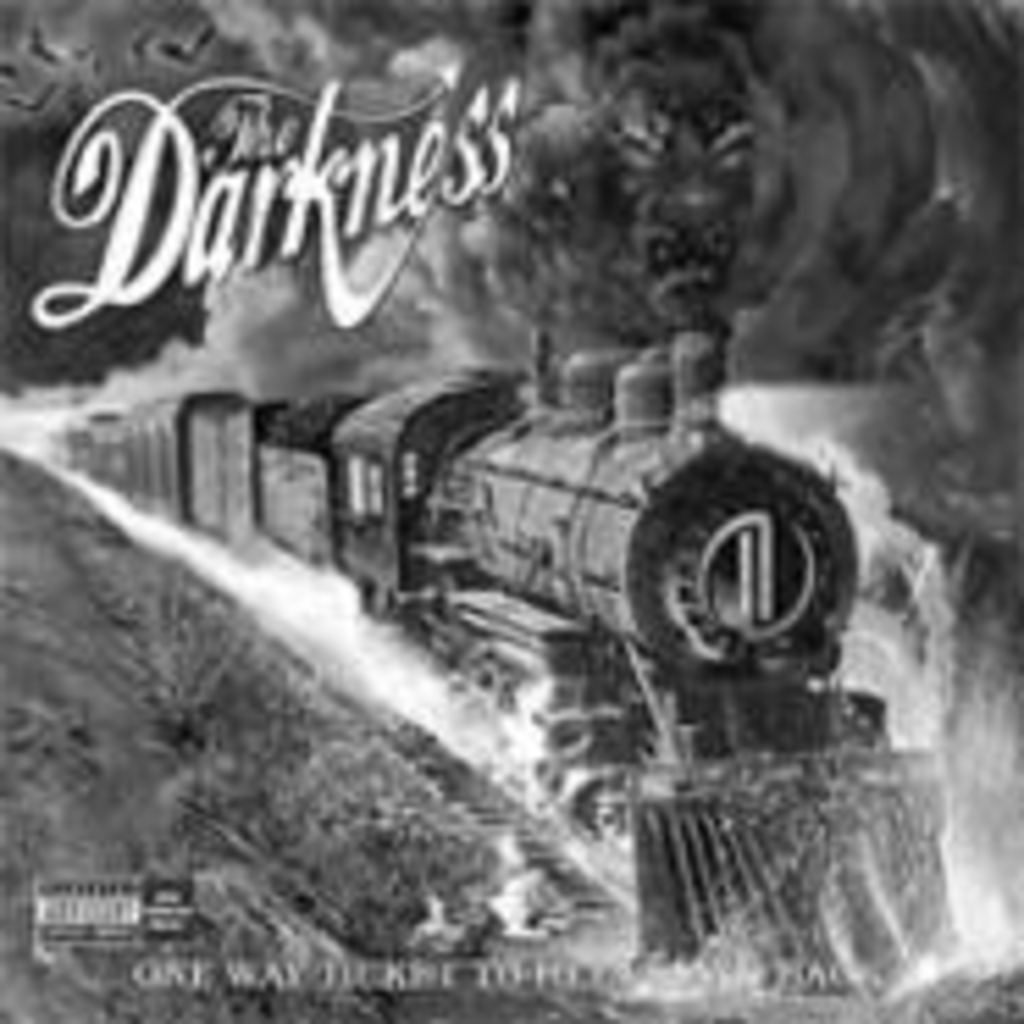 The Darkness (Atlantic)
Anyone confused by 2003’s worldwide Darkness phenomenon — i.e., How does a band this goofy compete with U2 on the charts? — will remain so. The Darkness has nothing up its spandex sleeve but exuberant hard rock and satire. Nevertheless, One Way Ticket to Hell … and Back does differ from the debut, Permission to Land. For one thing, the guitars that packed such high-calorie gusto the first time are thinner. Then again, the tunes are even catchier than before. “Girlfriend” is exultant power-pop, complete with chirping strings, and “Hazel Eyes” is Celtic metal so blissfully overblown that Michael Flatley had better be in the video. Unlike the debut, this one also features Meat Loaf-scale mini-operas, the best of which is “Bald.” The track is the album’s darkest, tolling church bells and all, which is perfectly apt: Men really do react to the first signs of hair loss with epic, slow-motion horror. There are some subjects that bands like U2 had better leave to the professionals.