In the Coterie’s Secret Soldiers, a Civil War teaching moment in camouflage 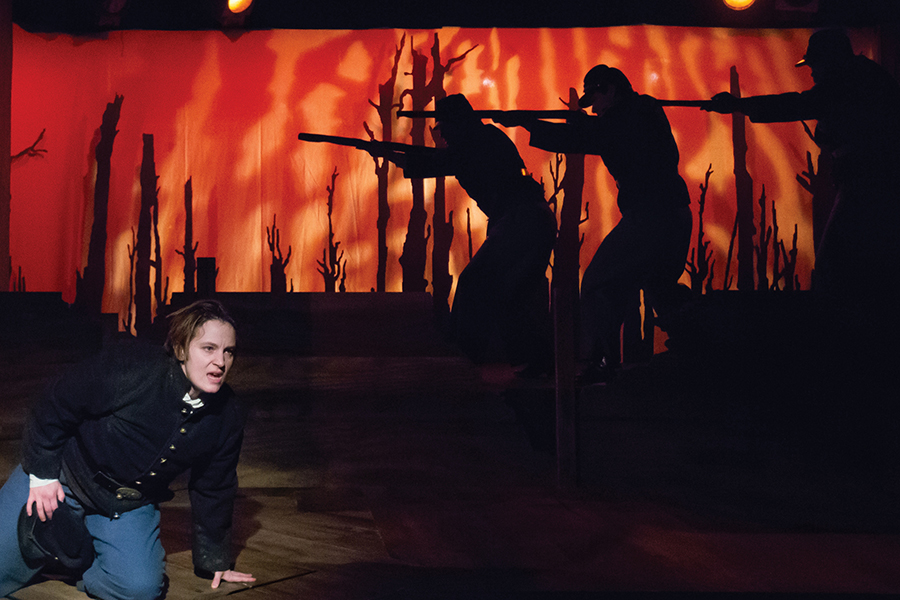 What I didn’t learn in school growing up amounts to quite a bit. While I’ve been patching the potholes left by that long-ago curriculum, cracks yet appear. So I applaud schools and instructors who make field trips to the Coterie Theatre, where the company’s latest production, Secret Soldiers: Heroines in Disguise, discloses some lesser known, perhaps paved over, facts of the Civil War.

The play, by Wendy Lement, returns us to an 1860s America and skillfully consolidates story with historical research. At its core, it’s about women passing themselves off as men in order to serve in the Union and Confederate armies — a not-so-uncommon occurrence, it turns out.

Written for middle- and high-schoolers, the production is by no means for kids only. Playwright Lement is a producer and a co-founder of New England’s Theatre Espresso, an educational entity whose interactive dramas explore history as well as civil law, and aim to stimulate discussion. In recent years, the Coterie has produced two other of her works that, like Secret Soldiers, are insightful and thought-inducing.

Co-directed by Jeff Church and Bree Elrod, Secret Soldiers is engaging, streamlined storytelling, cleverly pieced together in flashbacks around the life of Sarah Rosetta Wakeman (Emilie Karas), who really did serve in the Union’s 153rd New York Infantry Regiment, under the guise of Pvt. Lyons Wakeman. Knowledge of her experiences comes from the many letters she wrote to her family while stationed in Alexandria, Virginia, and Washington, D.C., and in combat in Louisiana during the Red River campaign.

Wakeman’s story, though, is less about the horrors of war than about women’s strictly defined roles at the time and her wanting to live outside them. She was probably attracted, too, to the earning power men had. This perhaps enticed her, while just a teenager, to work on a coal barge and then to join the army, which paid a considerable enlistment fee — money she could send home to her debt-ridden farm family. 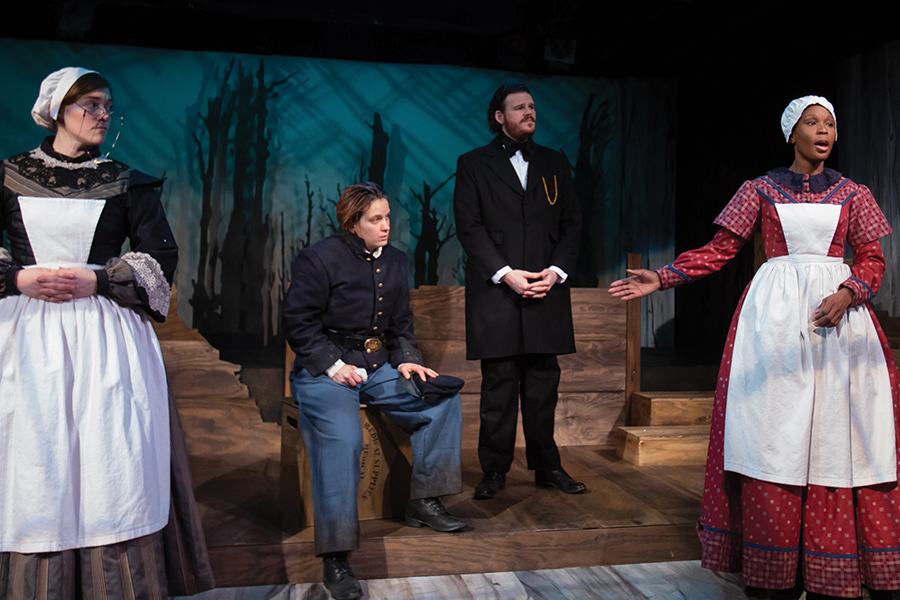 These are just some of the actors’ incarnations. The cast — many of them MFA candidates at UMKC — do good work, and most take on multiple roles in this compact story, which runs 75 minutes, including Q&As with the audience. Attendees take the Hippocratic Oath at the start and vote at the close whether to reveal Wakeman’s true identity — with its risks of imprisonment, loss of pension, public shaming — or to maintain her secret.

While many of the fifth- through eighth-graders, at the performance I attended, may have gauged Wakeman’s predicament through 21st-century sensibilities, the engaged students had more questions than time allowed. And they were able to delve deeper in a second Q&A with the actors, who had additional tidbits to share.

The show certainly motivated me to do more digging. And to work on those ever-recurring informational holes.