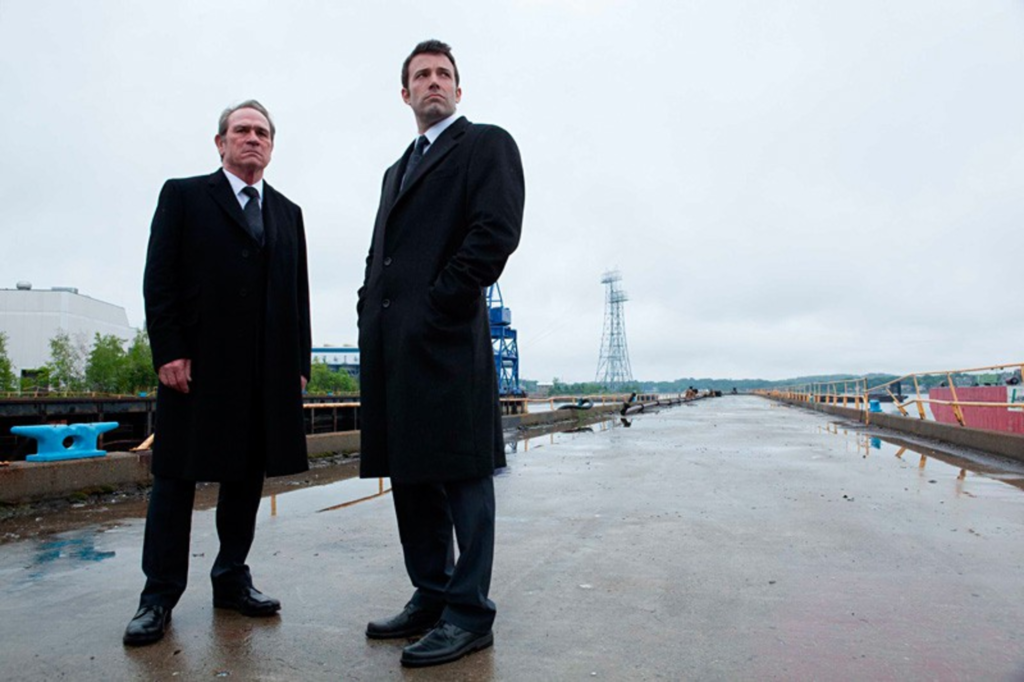 Transparent in its ambition to capture The Way We Live Now, The Company Men tracks the parallel trajectories of three employees laid off from cushy corporate jobs at the same Boston-based manufacturing conglomerate.

Bobby (Ben Affleck) is the cocky young hotshot forced to trade in his Porsche and his pride. Bobby’s two former colleagues, both in pre-retirement limbo, are large-living exec Gene (Tommy Lee Jones) and Phil (Chris Cooper), who worked his way up to management from the factory floor.

Writer-director John Wells, best-known for ER and The West Wing, takes his time setting up the distinct social strata, almost as if he has a full season to flesh out arcs. But the whiplash-quick happy ending, probably intended as inspirational wish fulfillment, actually comes off as kind of a joke. What rings true, however, is the symbiotic link between money and masculinity. The movie offers a multifaceted glimpse at what can happen when the connective tissue between a man and his source of income is cut, and rarely suggests that it could be anything less than excruciating to stop the bleeding.