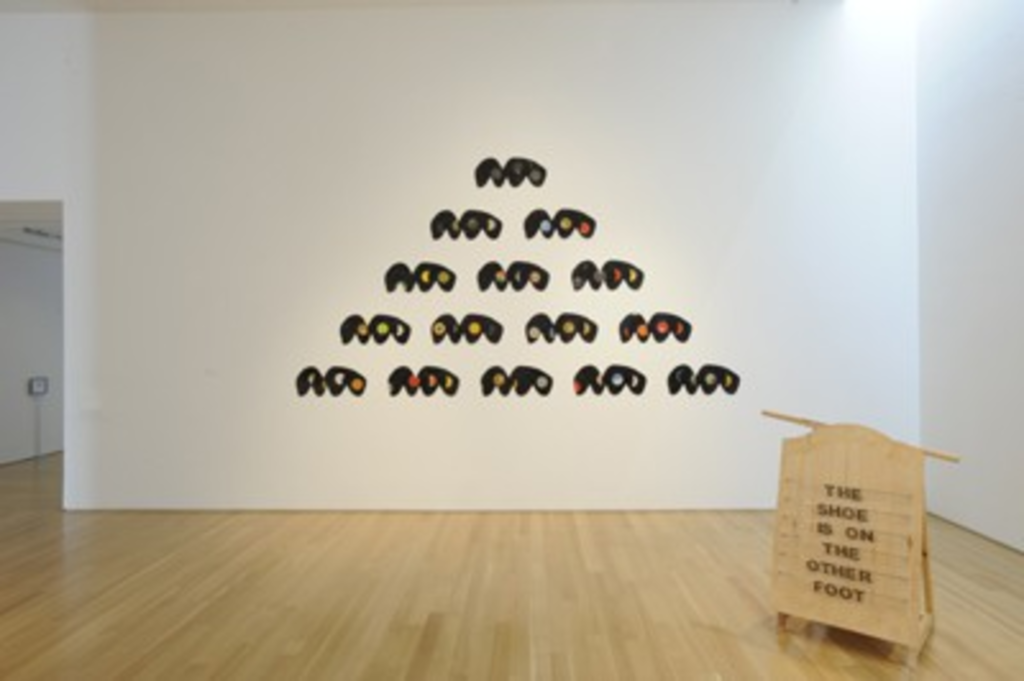 When Connie Francis sang “Where the Boys Are,” she wasn’t referring to museums and galleries but she could have been — the art displayed in public institutions is still male-dominated. Following suit, the 2008 Charlotte Street Foundation Fellows are fellas. Jorge García Almodóvar, Mike Hill, Beniah Leuschke and Adolfo Martinez make up this year’s winner’s circle.

Despite the artists’ dissimilar aesthetics, their works share a deeply romantic (in the true sense of the word) impulse. Hill’s mapping of metal bands and their musical and cultural influence is broadly conceptual but narrowly focused and trenchant. His meticulous research and experiments with displaying the results — statistically informative and visually engaging graphs and maps — convey a touching and poetic devotion to the music. Far from the kind of formal exercise that builds an impenetrable wall between the artist and the viewer, his work is used to make us privy to his passion.

Similarly passionate is Martinez, whose works call to mind the best Chicano art of the 1960s, ’70s and beyond from Carmen Lomas Garza, Gronk, Leo Limón, César Martinez and many others. By unpacking his Mexican-­American heritage into imagery, he underscores that the personal is always political. His paintings are vignettes depicting everyday life and its accessories, such as TVs and furniture. Like Carmen Lomas Garza’s paintings of her family and friends engaged in their celebrations and traditions, Martinez’s paintings (which almost always incorporate Mexican motifs, designs, blankets or plants) illustrate Mexican-American and Chicano here-and-nowness.

More coolly detached yet equally engaging, Leuschke’s installations and sculptures benefit from creamy surfaces and refined craftsmanship. Employing anagrams, gaming and other play, Leuschke smartly stitches together various physical and conceptual elements. “Fifteen Attempts at a World Record” is a pyramid of 15 melted, drooping long-playing vinyl records. Though Leuschke plays his work close to the chest — I’m never really sure what he’s getting at — his material choices, beautiful construction and attention to personal narrative always hold my attention. “The Shoe Is on the Other Foot” is an interactive piece that plays the harmonica when manipulated. Despite the humble nature of the materials Leuschke chooses — plywood, metal, plastic — his application is flawless and clean, and his use of easily accessed material suits the immediacy and mischief of these works.

Almodóvar concentrates on a more formal ideology rather than on the narrative impulse followed by the other three artists. “Untitled (Radiant)” is a spare application of narrow plastic sheets hanging vertically from aluminum. The polychromatic strips give off a pinkish-orange mirrored sheen, which casts light, reflects surfaces and changes color. Like Leuschke, Almodóvar is a meticulous builder, and the pieces are perfectly constructed. Unlike Leuschke, his focus is mostly on color, form and spatial elements. “Black Modules” is a stunner of a wall piece, evoking Donald Judd’s perfect negative and positive spatial relationships.

Despite sharing space only by virtue of having won a prize, the artists succeed in concert. The exhibition accentuates the formal and narrative differences and strengths of each, and the contrast among the works is fine.