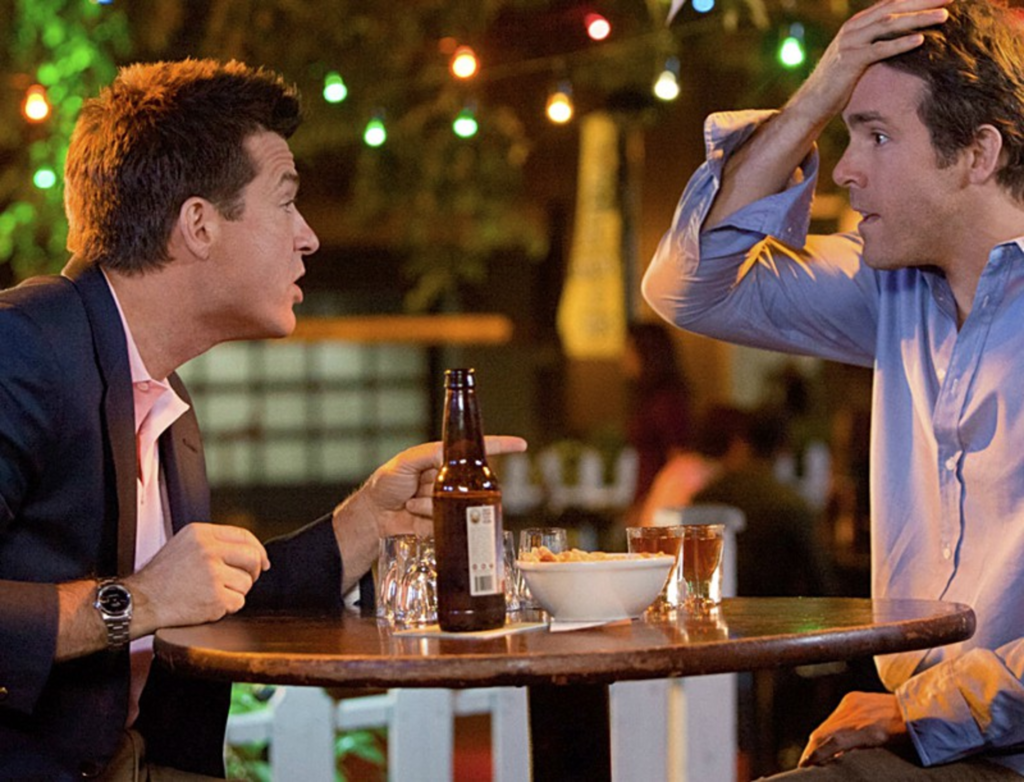 There’s a story somewhere in all this figurative and literal excrement: a dirty-minded Freaky Friday riff that calls for Bateman’s workaholic family man to switch bodies with his best friend, Ryan Reynolds’ irresponsible douche bag of a struggling actor. (Each wishes aloud to live the other’s life while drunkenly pissing together in a park fountain.) As is par for the genre, the two bodies in question go through the four stages of body switching. First they feel shock, expressed as mania. Next, each man reluctantly, uneasily tries to pass himself off as the other. Then they start to get used to the switch. Finally, they come to the conclusion that their new meat suits are poor fits and they must get back to being themselves.

Wedding Crashers director David Dobkin works his crude mojo and covers this face-off with a wall-to-wall mélange of dick, shit and piss jokes. He also uses female nudity for crass comic effect. Anyone who has ever wanted to see Leslie Mann completely butt-bald, here’s your chance — except she’ll be sitting on the toilet shortly afterward, dropping some loud bombs in there.

The Change-Up at least offers its two stars a chance to play against type, and they do so with obvious relish. Bateman’s most scene-stealing work is when he’s adorably sleazy, and Reynolds is a lot more appealing when he’s not in asshole mode. Nevertheless, you may feel long before it’s over that you’re too old for the shit (metaphorical and otherwise) that this flick keeps slinging at you