As soon as the players hit the field, the capos — conductors of a supporters’ section who lead the stadium’s loudest fans in organized songs and chants — give the signal.

From the bridge above the north goal at Children’s Mercy Park, a long banner is flipped over, exposing a painted design matching one that materializes among the packed crowd below, the culmination of hundreds of hours of work, visible for a precious few seconds before the focus again shifts onto the field.

A tifo, it’s called, and this one — an image of Smokey the Bear surrounded by smaller banners depicting a forest fire and Smokey himself warning, “It’s lit” — was the latest product of the Kansas City Cauldron. Its brief display came during Sporting’s July 31 win against the Portland Timbers. Designed to taunt that opponent alone (get it?), the tifo won’t see another use; teams in Major League Soccer don’t meet more than once or twice each season.

The tifo, a choreographed display by fans in the stands during a match, planned meticulously to ensure that moving parts operate within a narrow timeframe, originated in the European football culture of the mid-1900s. Its leading exponent here is the Cauldron, a raucous group of supporters responsible for many of the loudest chants heard during games. Sporting doesn’t facilitate the group, which is volunteer-based and operates separately through funding from its own ticket and membership sales. There are some 1,500 paying members, but the number of followers on the group’s Facebook page exceeds 5,000. (Membership perks include access to tickets to the Cauldron’s section behind the north goal at Children’s Mercy Park and free beer at the Cauldron’s tailgate.) 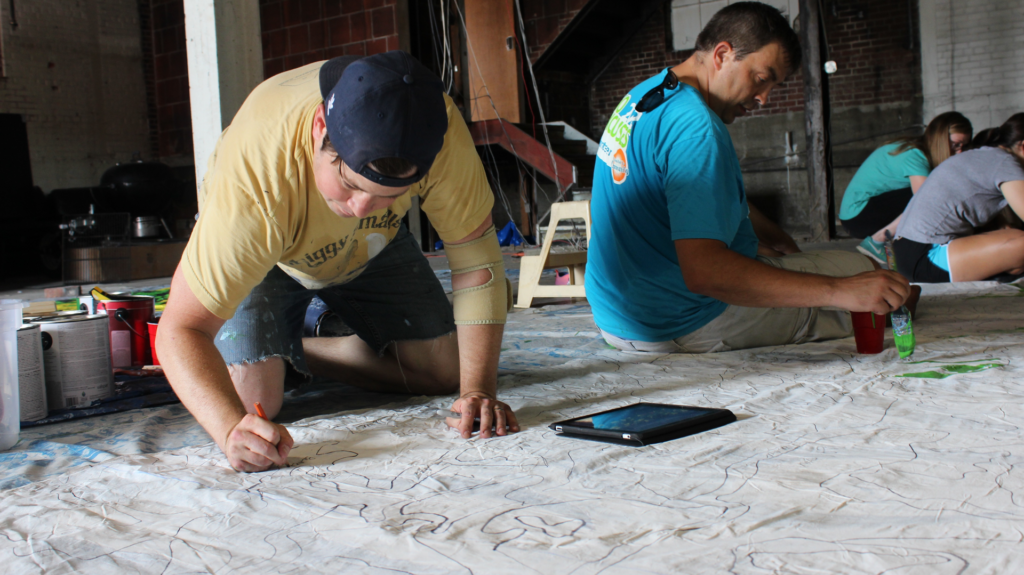 Mark Kapfer (pictured in yellow), a volunteer with the Cauldron and one of those responsible for recent tifo designs such as Smokey and this season’s Game of Thrones-inspired display, tells The Pitch that planning for a tifo starts more than a month out.

“There’s usually a good 300 to 500 hours of stuff,” Dan Temple, another Cauldron volunteer, says. “There’s 25 people here, and they’re all going to spend two or three hours painting, so that ticks off 50 or 60 hours all in one day. Tracing is usually about four or five hours a night for two or three nights for about five guys. You start adding those numbers up, and before you know it, you’ve spent 500 hours on a project for 60 seconds of display.” (The Cauldron’s tifos this season will cost, all told, about $1,400.) 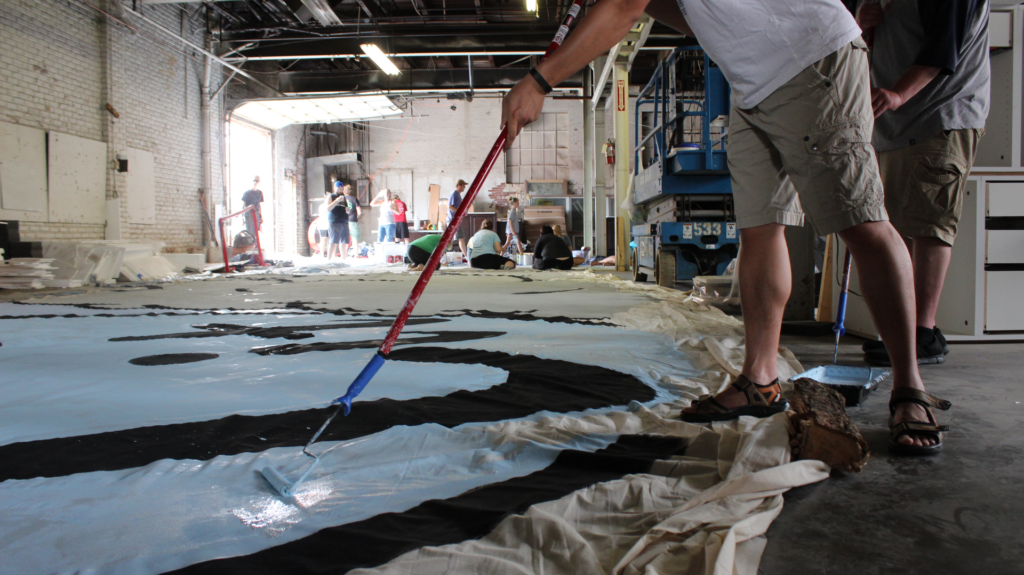 Most of the work in the week leading up to the game involves coordinating with Cauldron members to ensure that everyone knows who’s doing what. Temple says Children’s Mercy Park has a setup crew that brings out flags for the supporters, and the Cauldron explains the whats and the whens. There are tests; the Game of Thrones Night King tifo involved complicated rigging, so Cauldron volunteers headed to the stadium early in the morning to practice for the real thing later that afternoon.

Kapfer says supporter culture gives him and other fans a sense of community, and a fellowship among other groups around the league. He adds that many MLS groups welcome other teams’ supporters. “It’s something to go and be a part of,” Kapfer says. “Something to belong to. It’s kind of a smaller sport, so you almost have a sense of ownership that you’re helping build [its popularity] in America.”