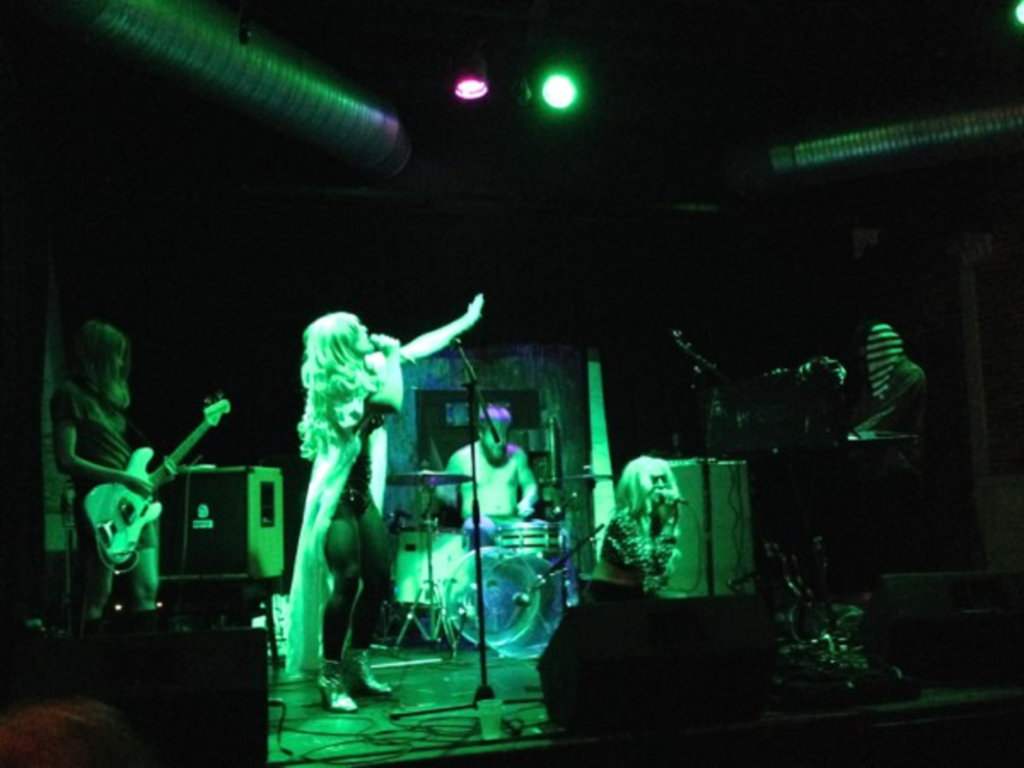 Toward the end of Thursday night’s show at Czar, lead singers Phaedra and Elsa Greene of Savannah, Georgia’s the Casket Girls came down off the stage and gave every single member of the audience a heartfelt hug. It was a warmly human act from the two members of the band that, for most of the night, resembled something like a pair of living mannequins out of a Twilight Zone episode.

Up to that point, the Casket Girls’ lead architect, Ryan Graveface (of Black Moth Super Rainbow fame), had stood at his keyboard rig, wearing a homemade black-and-white-striped hood that had a microphone somehow attached at the mouth. Throughout the set, he conjured up a creepy, dreamlike atmosphere over Maria Reichadt’s fuzzy bass bombs and TW Walsh’s furious drums. The Greene sisters’ voices were almost identical: sweet, playful and soft, offering up their stream-of-consciousness lyrics (most of which dealt in drugs and love). Like a zombie having a picnic in a flowery meadow, the Casket Girls thrived on merging the macabre with the pretty.

The set consisted of 10 of the Casket Girls’ choicest cuts from its two excellent albums, 2012’s Sleepwalking and this year’s True Love Kills the Fairy Tale. The band opened with the title track from the former, a mellow psych ballad with a steadily building chorus that flourished into an ornate vocal harmony.

Not long after, a big buzzing bass line and an eerie synth melody marked the beginning of “Ashes to Embers,” where the sister’s on-point harmonies reference the ever-present tension between beauty and darkness. “Chemical Dizzy,” with its anthemic chorus that could fill a stadium and blissed-out melodies that would make Wayne Coyne proud, demonstrated the Casket Girls’ talent for powerful pop hooks. 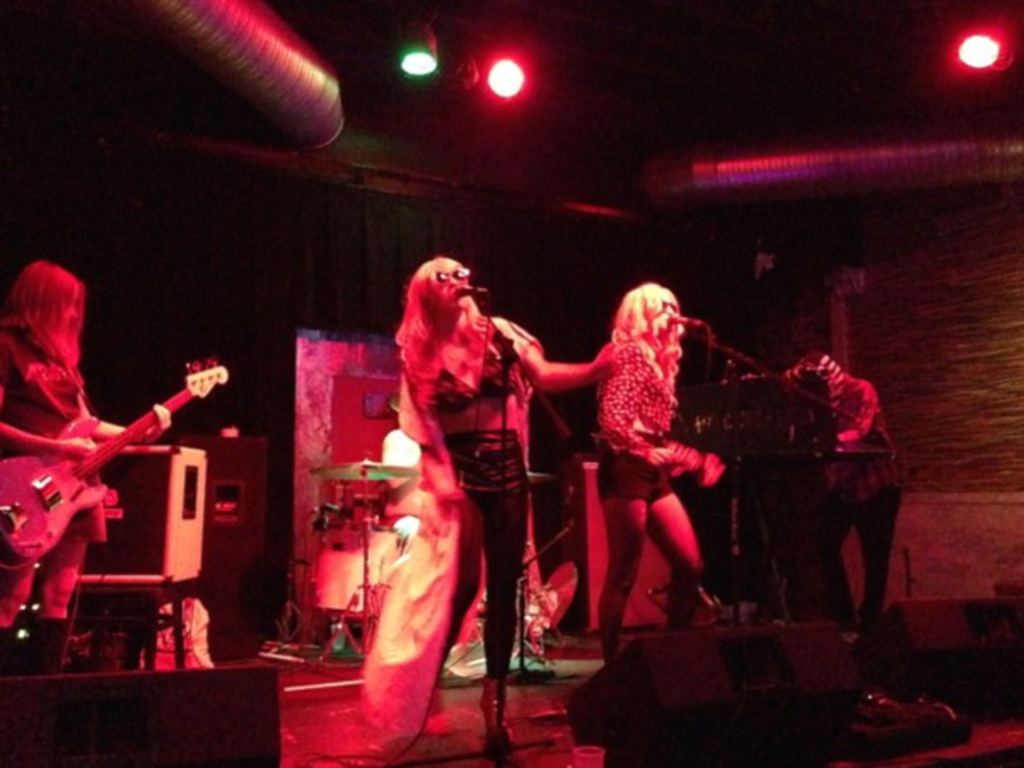 These costumes complemented the sister’s dancing, a synchronized routine of over-the-top moves performed with a flair. But the choreography wasn’t without the occasional breakdown: At one point, Elsa was sitting on the stage, seemingly meditating, while Phaedra raised her arms in praise toward the roof of the venue. 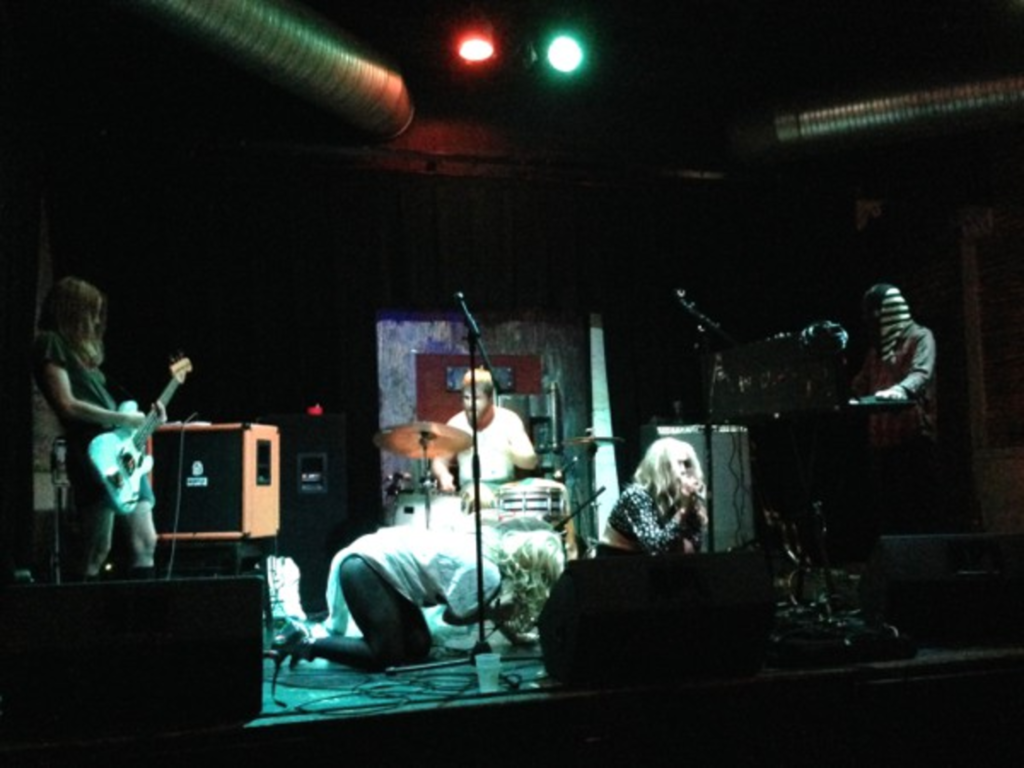 Given the captivating nature of the Casket Girls’ performance, it’s a shame that there wasn’t a larger turnout for them last night (only around 20 people in the audience). Despite this, the band delivered in full, and the small crowd was respectful, attentive and focused on the stage. The band kept the banter to a minimum, focusing its attention on moving from one fierce dream-pop tune to the next. (The only exception was an amusing “We’re wet now” proclamation from Elsa after a sweat-drenched hug from the drummer.) The whole thing felt very intimate, and after all the hugs, it was just like a big group of friends hanging out.

Leftovers: Local singer-songwriter Griffen Alexander warmed the audience up with a short set of all-new material that ranged from personal acoustic balladry to grungy folk rock. Midset technical difficulties didn’t keep him down; rather, he leapt dramatically off the stage and performed unplugged to the handful of people sitting around the bar. 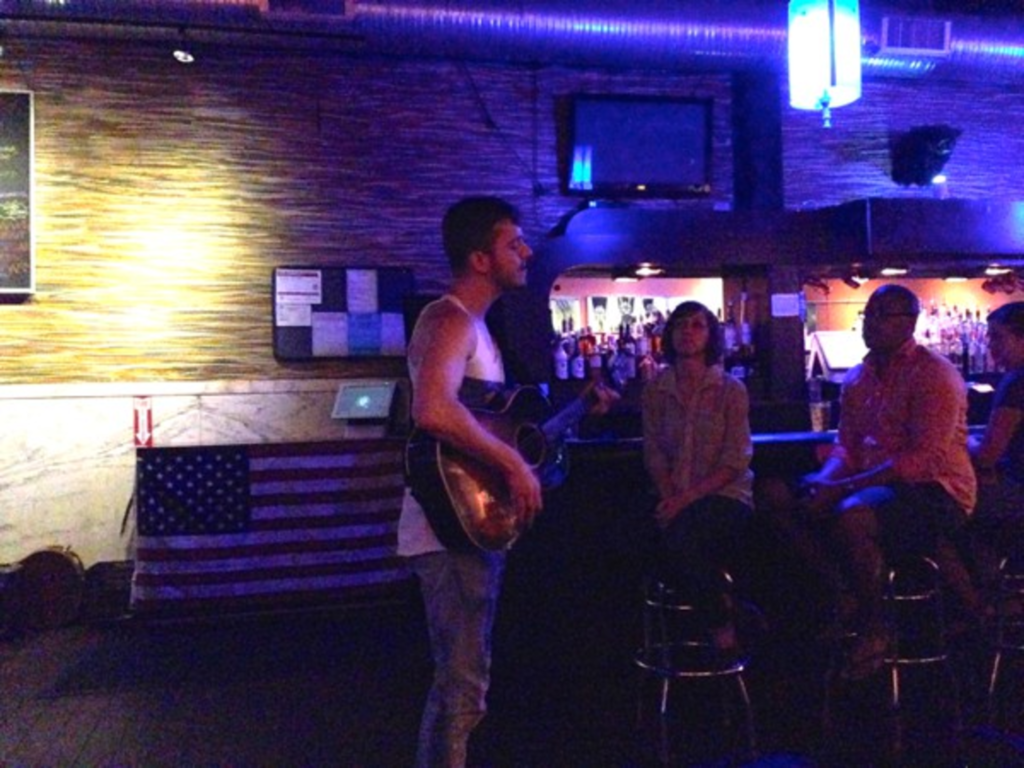 The second opener was Dreamend, another eerie tripped-out project from Ryan Graveface. The trio was made up of Graveface (on guitar and vocals this time, rather than keyboards) with the same rhythm section from the Casket Girls. According to the band’s bio, its songs are inspired from a serial killer’s journal that Graveface picked up at an auction. The band played dark shoegaze that often swung back and forth between a wary calm and a blistering wall of noise – perhaps an appropriate soundtrack for a serial killer. 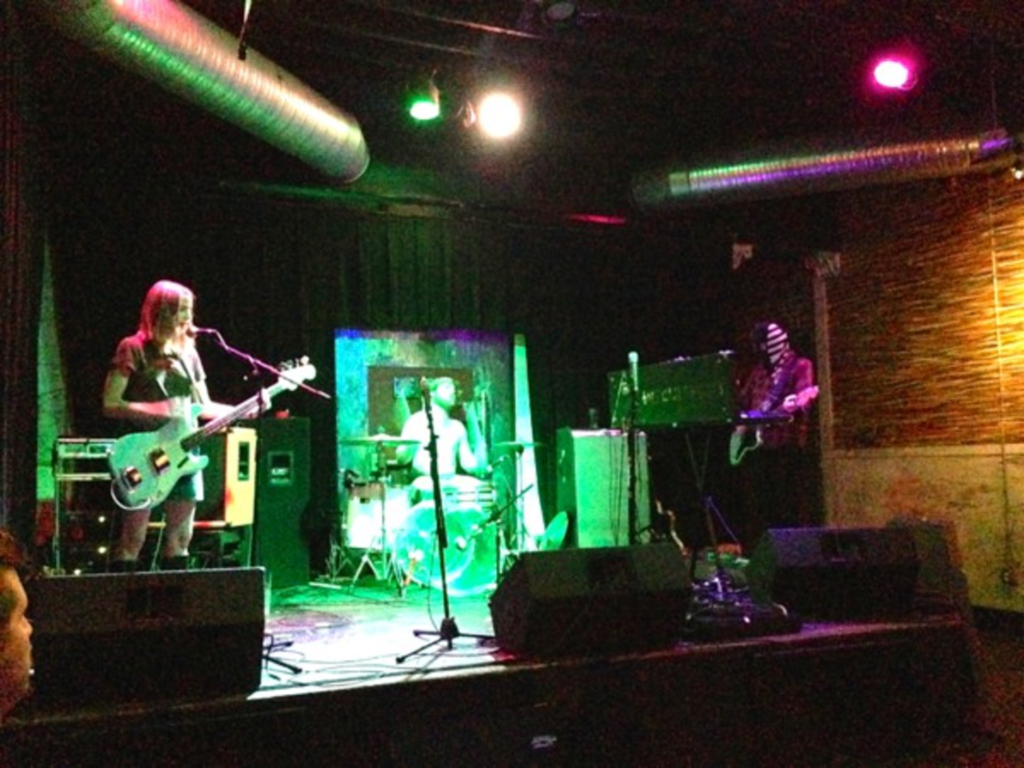