The cash-sucking Citadel Plaza won’t go away, and neither will expensive and stupid feasibility studies. 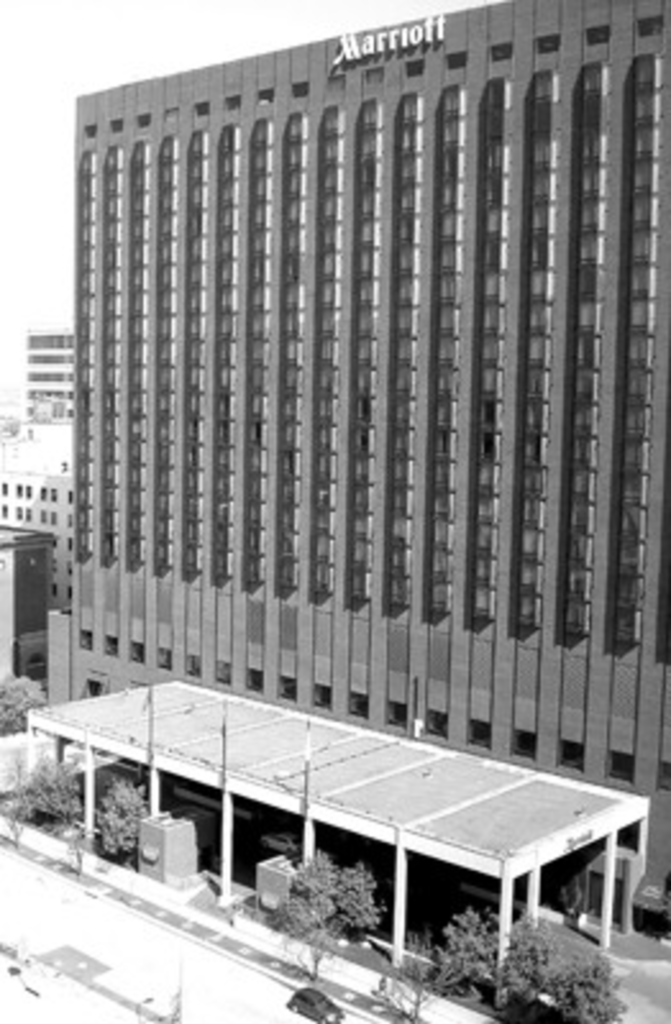 Trying to predict what’s going to happen with the elusive — or perhaps illusory — Citadel Plaza shopping center is a little like trying to nail down the plastic bags that swirl around the still-empty lot at 63rd Street and Prospect.

Pitch staff writer Carolyn Szczepanski first reported on the long-delayed, $90 million, asbestos-poisoned plot of land in a January 2, 2008, story called “Your Tax Dollars Not at Work.” Back then, there was serious agony in the neighborhood, where homeowners who remained had been waiting seven damn years for the promise on a nearby sign — “COMING SOON: CITADEL PLAZA” — to come true. There were also serious questions about the leadership and money-managing skills of the man in charge: William Threatt Jr., president of the Community Development Corporation of Kansas City.

Earlier this year, Block and Co., one of the city’s major development firms, signed on to be the Citadel’s lead developer, in partnership with the CDC-KC. That sounded like a positive step.

A couple of weeks ago, the Kansas City, Missouri, City Council seemed ready to hand over millions of dollars to kick-start the troubled strip mall. Instead, two new issues surfaced. In a June 19 Plog, Szczepanski reported on the latest snafus.

One day before the City Council was set to make good on a $20.5 million advance to developers, the city’s Finance Department thought it would be a good idea to get that funding from an eyebrow-raising source.

If there’s one council member who has kept a watchful eye on the Citadel Plaza, it’s Deb Hermann. She wasn’t amused when, on June 17, council members got a memo from Finance Director Jeffrey Yates, proposing that the city fund the advance by diverting resources from the capital-improvements budget. You know, the money that pays for things that already exist, such as streets and sewers, which need a lot of fixing around here.

“It dumbfounded me,” Hermann tells The Pitch. “I’m concerned that our finance director appears to be advocating for this project instead of just providing analysis for it.” Besides, she added, “I don’t think PIAC [Public Improvements Advisory Committee] money can be used in that way.”

Yates says he isn’t advocating for Citadel, just trying to come up with a way to pay for the $20.5 million advance that the City Council approved more than six months ago. “I don’t believe that I have the ability to ignore or override an existing council ordinance or law,” he tells The Pitch.

The smartest move, he suggests in a memo, would be to avoid selling bonds and racking up more debt that could downgrade the city’s credit rating. But he doesn’t think the capital-improvements pot is off-limits for developments like Citadel Plaza. “This is for land acquisition and remediation,” he says. “There’s a long-standing argument that acquisition or remediation of blight for development is a public purpose.”

Still, Hermann fired off an e-mail to city attorney Galen Beaufort, questioning the legality of Yates’ proposed move. She also asked the Finance Department to come up with a list of projects that, though already approved and funded, would lose their places in line to free up cash for Citadel. (Beaufort had not returned The Pitch‘s calls at press time.)

Yates says those projects wouldn’t be delayed. In April, the City Council passed a resolution giving it the power to move money around in the Five-Year Capital Improvements Plan. Say, for example, a developer working on a street project and using money in this year’s budget hadn’t completed the engineering. The council could take that money and slip it to the Citadel; by the time the other project was ready for construction, the city would supposedly have plugged the financial hole.

Only one problem with that scenario: Yates acknowledges that he doesn’t know how many projects in the current budget could afford a funding detour without halting construction. “We’re in process of doing that,” he says of reviewing the list of projects.

Hermann isn’t convinced. “The reality is, the day this ordinance becomes effective, they’re going to be there with their hands out, wanting $20.5 million, and we are obligated to give it to them,” she says.

It won’t be Bill Threatt reaching for the money, though. Last week, Szczepanski called the CDC-KC’s president with a couple of questions about the partnership with Block and Co. He said he was happy with the agreement and still confident in the project, despite the delays.

Then word came that he’d been fired. (Last time we checked, Threatt was making $92,000 a year to run the CDC.)

“That is not accurate,” Threatt said when Szczepanski called back to ask if he’d been told to step aside. “I’m retiring. We’re in a transition period.”

That’s one way to put it. Donald Lee, the CDC-KC’s treasurer, will take Threatt’s place.

In the past, Councilman Terry Riley was the biggest cheerleader for the Citadel Plaza and the CDC-KC. But even he isn’t crying a river over Threatt’s departure. “All along, to me, this has been about getting the project done for that community,” Riley says. “I would have hoped it didn’t take that long, but I’m impressed with Mr. Block’s background and I’m comfortable with the safeguards we’ve put in place for the city’s money.”

We’ll see how comfortable the rest of the council members are when they’re faced with the $20 million question again this week.

Now for the chump change. Last week, we reported on Plog that eight members of the City Council had decided to spend $500,000 to study whether building a 1,000-room convention hotel was a good idea.

Riley tried to delay the hotel-study vote, and Sharon Sanders Brooks seconded. But only Riley, Brooks and Hermann voted in favor of waiting.

Sharp played the scary St. Louis card: If stimulus funds are available, he doesn’t want KC to get shut out.

So they voted … to spend half a million dollars … and form a 21-member steering committee … to decide whether building a convention hotel is a good idea. It’s not, as David Martin reported in an April 29, 2008, column called “Suitezilla.”

Next, the City Council will weigh the relative merits of lighting $500,000 on fire.