Live review: The Byrds’ Chris Hillman & Roger McGuinn celebrate Sweetheart of the Rodeo at the Folly 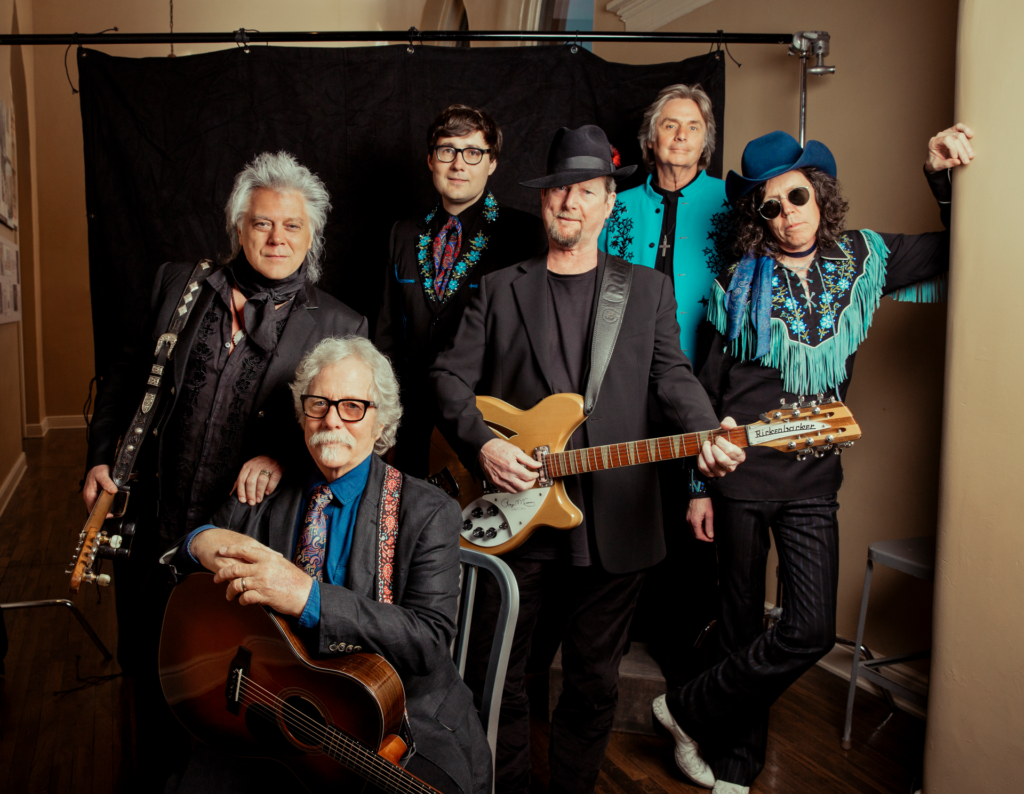 In order to assess the longtime reach of the Byrds’ 1968 album, Sweetheart of the Rodeo, one only need look as far as the artist backing Chris Hillman and Roger McGuinn at the Folly Theater last night. Marty Stuart’s always had a bit of a rock ‘n’ roll meets country music — best exemplified in his 1990 single, “Hillbilly Rock” — but he’s not the only musician to take the countrified rock ‘n’ roll idea and run with it.

While Sweetheart was pretty much viewed as a minor failure upon its original release, the bands that followed just a few years later, like Poco, Pure Prairie League, and even the Eagles, took what flopped and turned it into a long-running, sustainable genre. Hell, not 24 hours before Hillman, McGuinn, and Stuart and his Fabulous Superlatives took the Folly’s stage, I’d been walking out of Lincoln’s Bourbon Theatre, commenting on just how much the triple guitar work on Neko Case’s “Hold On, Hold On” had that Byrds chiming-guitar ring to it.

So what of last night’s show? Based around the 50th anniversary of Sweetheart, its first set was dominated by Byrds classics that led up to, and inspired, the album. That meant less psychedelic offerings and more folk rock. No “Eight Miles High,” but definitely “Mr. Tambourine Man.”

Still, there was a bit of a taste of “Eight Miles High” during the intro to Marty Stuart and the Fabulous Superlatives’ “Time Don’t Wait,” the second of two songs the band performed on their own before McGuinn and Hillman rejoined them for the second set. The encore also kicked off with “So You Want to Be a Rock ‘n’ Roll Star,” which led into a discussion of how the band’s sound ended up influencing a bunch of people. Those people included Tom Petty, whose “American Girl” the musicians then covered in the style of McGuinn’s version from his 1977 Thunderbird LP. It was the first of three Petty covers, including a tear-jerking country-folk take on “Wildflowers” and a raucous rockabilly version of “Runnin’ Down a Dream.”

The Sweetheart set — presumably what most of the crowd came for — was not perfect. Whereas the first set featured strong, confident performances of Byrds tunes like “Wasn’t Born to Follow,” a hesitance was detectable on “One Hundred Years From Now” and “The Christian Life.” (The latter especially lacked the I sing with pride element that’s so stirring on the record.) And Stuart’s guitar was so high in the mix as to regularly drown out McGuinn’s vocals. Hillman’s voice was stronger than McGuinn’s, although they were both bolstered by Stuart and drummer Harry Stinson on several tracks — and it was those songs that sounded the fullest. Stuart’s twang occasionally overtook the voices of McGuinn and Hillman, but the Superlatives’ frontman would always step back from the mic a little, as if he was aware of who the real attractions were. (That said, his lead vocals on Porter Waggoner’s “Satisfied Mind” were note-perfect, and given that he produced Waggoner’s last-ever album, it made a certain amount of sense.)

Bright spots: the haunting rendition “Hickory Wind,” during the intro of we were told the story of its surprise performance on the Grand Old Opry. Same goes for the rousing “You’re Still On My Mind,” and the set-closing, audience sing-along reprise of “You Ain’t Goin’ Nowhere.”

And for perspective: Chris Hillman and Roger McGuinn, with Marty Stuart and His Fabulous Superlatives, doing the music of the Byrds, including all of Sweetheart of the Rodeo, is the sort of thing that only ever comes through town once. The amazingness of sitting in the Folly and hearing these musicians do “Turn! Turn! Turn!” shaved off any rough edges with sheer, unfettered joy.

Time Don’t Wait (Marty Stuart and his Fabulous Superlatives only)

Life in Prison (Merle Haggard and The Strangers cover)

One Hundred Years From Now

I Am a Pilgrim

So You Want to Be a Rock ‘n’ Roll Star

Runnin’ Down a Dream (Tom Petty cover) (with Marty Stuart)