The Bruery slides down KC’s chimney, and Torn Label cans are on the way 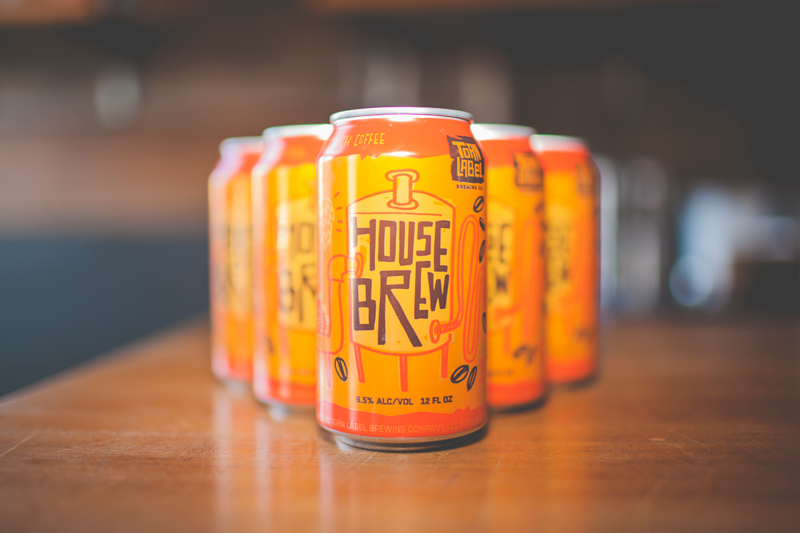 Pool drinks obviously feel aspirational this time of year, but you’ll have another option for your cooler starting in January. Torn Label Brewing Company is about to issue three of its regular-rotation beers in 12-ounce cans: Alpha Pale, House Brew and Monk & Honey.

“It felt like the right move at the right time,” says Rafi Chaudry, co-founder and CEO of the east-Crossroads business. “The outdoor culture in and around Kansas City was a big factor. We know how much people like to hike and camp and bike here.”

For Torn Label, the challenge with cans will be maintaining a steady supply of Alpha Pale while ensuring that consumers have the freshest beer available.

“We’re always cautious as a hop-forward brewery, because we know that hop-fresh beers are never better than the day they come off the packaging line,” Chaudry says.

While the initial focus is on flagships, Torn Label is also exploring the idea of releasing smaller-batch brews in the canned format. Chaudry points to the Rough Draught series in the taproom as potential candidates.

Torn Label, which launched in 2015, has focused on limited distribution of 22-ounce bottles for special releases. Its beer has been available on draft, but Chaudry expects the canning line to more than double production. Six-packs are set for distribution in the Kansas City area in the first week of January, available on both sides of the state line and in Lawrence. Torn Label is planning a can release party on January 7.

The Bruery has arrived, Kansas City. Why is that a big deal? Because Patrick Rue’s eight-year-old brewery is one of a handful of spots that local beer geeks would hop on a plane to visit. Now you don’t have to be in Orange County to get your fill of Mischief, Terreux, Autumn Maple, Oude Tart, and Mash Vanilla. You just have to brave the cold to get to a KC bar.

Double Shift Brewing Company’s Hearthside Winter Ale is in the works. It’s a winter seasonal in an olde-ale style that will probably clock in at about 8 percent ABV.

Boulevard Brewing Company is taking over the taps at Bier Station (120 East Gregory Boulevard) from 11 a.m. to 11 p.m. And this isn’t a half-measures gesture. All 28 taps are going to flow with Boulevard. Dive into Saison-Brett 2015 and Love Child No. 6, then end your night with Rye-on-Rye-on-Rye.

Vanilla isn’t just for Christmas cookies. Tonight at 6, Green Room Burgers & Beer (4010 Pennsylvania) taps an American stout that’s been cask-aged with vanilla beans. And because we’re officially in the season of layering, the restaurant is also giving away a few T-shirts during the tapping. Keep an eye out for a porter and a hefeweizen set to be tapped during the weekend.

Ruins Pub (1715 Main) does the ugly-sweater thing tonight, and encourages folks to bring canned goods to the party. What’s in it for you besides heavy-knit embarrassment? Happy-hour pricing all evening. That means $2 wells, $2 pints, and $4 Boulevard Tank 7s.

If you need a little pep in your sip, Calibration Brewery (119 Armour Road, North Kansas City) has a vanilla coffee porter to alleviate your blues on Boxing Day — and the rest of the week. Keep in mind the place is operating under winter hours, so you’re looking at 3 to 9 p.m. Monday through Wednesday, 3 to 10 p.m. Thursday, and 11 a.m. to 11 p.m. Friday and Saturday.