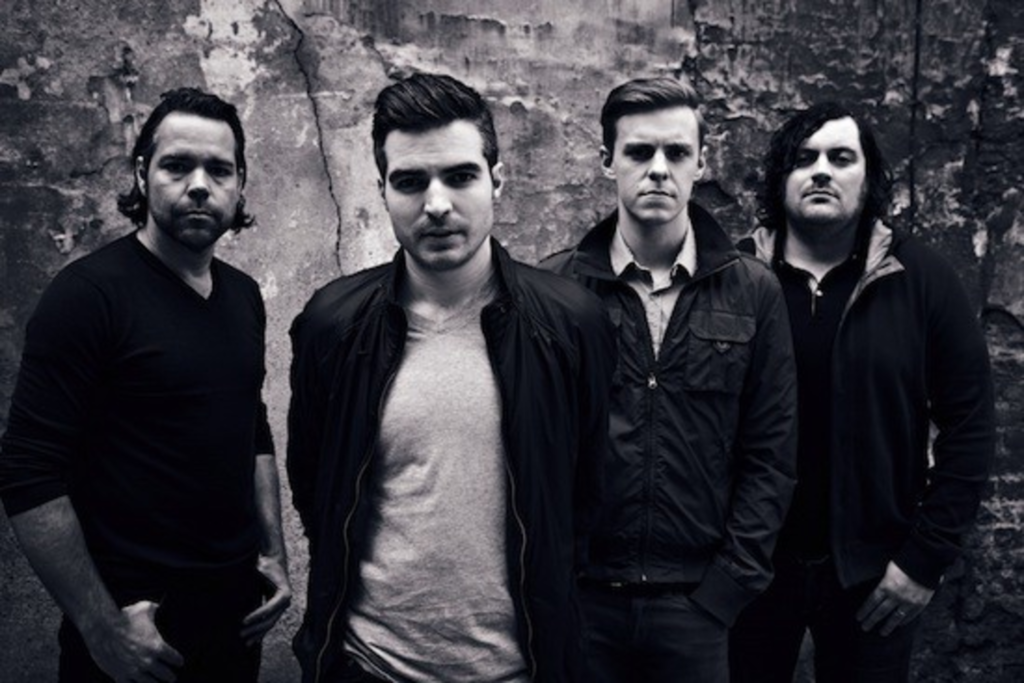 Kansas City area music fans might not recognize The Boxer Rebellion by name, but they’ve likely heard the London-based indie rock group’s music by way of popular TV shows and movie soundtracks, as well as video games and commercials.

The band’s name – taken from a violent moment at the turn of the 20th century – shouldn’t scare away any potentially new fans. Lead singer/guitarist/keyboardist Nathan Nicholson soft-spoken Tennessee-meets-British accent (he moved overseas from his native United States in 2000) bordered on sleepy and shy tones in a recent interview with The Pitch, speaking by telephone from his home in London. The band plays its first-ever Kansas City show Friday night at The Riot Room.

The Pitch: I know you guys have had a busy year, traveling the world extensively and putting out a new album. Is this the band’s busiest year ever?

Nicholson: Um, it seems to be pretty busy. I guess it seems busy because literally, we got home in London last Wednesday [Oct. 9], we had a show on Friday night [Oct. 11], and we’re back off tomorrow [Tuesday, Oct. 15], so I guess that’s why it seems so busy.

The Boxer Rebellion had its “first proper London gig in over two years” on Friday, Oct. 11. What was the show like?

It was really, really cool. It’s weird, even though I’m American, having London as a hometown gig because we formed here 12 years ago. The Forum, where we played, I’ve seen so many bands there, so it was great playing there.

But didn’t you guys also play the Hyde Park gig with The Rolling Stones in July?

Yeah, we did, but we didn’t feel like it was our own show, for obvious reasons. It was just like a 45-minute festival set, so Friday (Oct. 11) was definitely more our thing and our own hometown gig.

What kinds of things do you look for when it’s your first show in a new city? Do you find yourself more nervous or more at ease when performing somewhere new?

I guess I don’t think about it too much. Maybe I’m more at ease because I’m not expecting much. If you’ve played a town before, you hope the crowd builds from being there before. When you play somewhere new, you never really know, so it’s kind of cool.

Do you consider yourself more American now or more British?

I consider myself American. I don’t have dual citizenship because I haven’t gotten around to applying for it, but I have a visa that allows me to stay here for the rest of my life. I still feel very much American, and it’s always nice to go back. I guess I’ve grown up my whole adult life in Britain, but I grew up, went to high school and started college in the U.S.

So, you’ve gained at least one new fan – me – from the Drew Barrymore/Justin Long film “Going the Distance.” How did appearing in that movie change you guys as a band? Do you think people are surprised to find out that you are a real band?

It was really good for us. The movie wasn’t so big that it was bad for us, if that makes sense. It could have big a huge, huge rom-com movie that it may have been too exposed for us as a band. We got that initial, “Oh, you’re a real band!” thing, but not too much. It seems like over the years, people bring it up less and less. Especially in the U.S., people love for us to play the song we wrote for the movie [“If You Run”] – in Europe, it’s not as well-known, but it did do a lot of good for us.

Can you explain the lyrical content of “Diamonds” compared to the video interpretation? They both seem to take on completely different meanings, but the video somehow still works.

You’re right about the lyrics about what the song is about. It’s totally about not being good enough or feeling you are inadequate for someone else. That is definitely true. In the video, to me, it’s kind of … you’re getting further from what you want reality to be, you’re going through the motions in a dead-end job.

Are there more of these dual interpretations on this new album?

With lyrics, I don’t like to speak to one thing and it’s nothing else. “Low” is a good example because a good friend of ours who we work with, he explained what he thought it was about, to him. That’s what is quite cool about writing lyrics. To me, [the song is] about if you are in love with someone and you find it’s hard to give up, don’t let it bring you down. If it’s causing you this much turmoil, don’t let the relationship continue, I guess is what I am trying to say.

One last thing: Your Twitter page describes you as “keeper of the peace,” which is kind of an interesting contrast to your band’s name. Want to expand your role in keeping the peace, or am I just reading too much into it?

[Laughs] It’s not literal. I’m quite an easy-going guy, and I don’t let a lot of things get to me, but that’s probably as far as that goes. I wouldn’t say I’m the keeper of the peace in the band. We all just kind of keep each other in check – but I’m pretty easygoing.