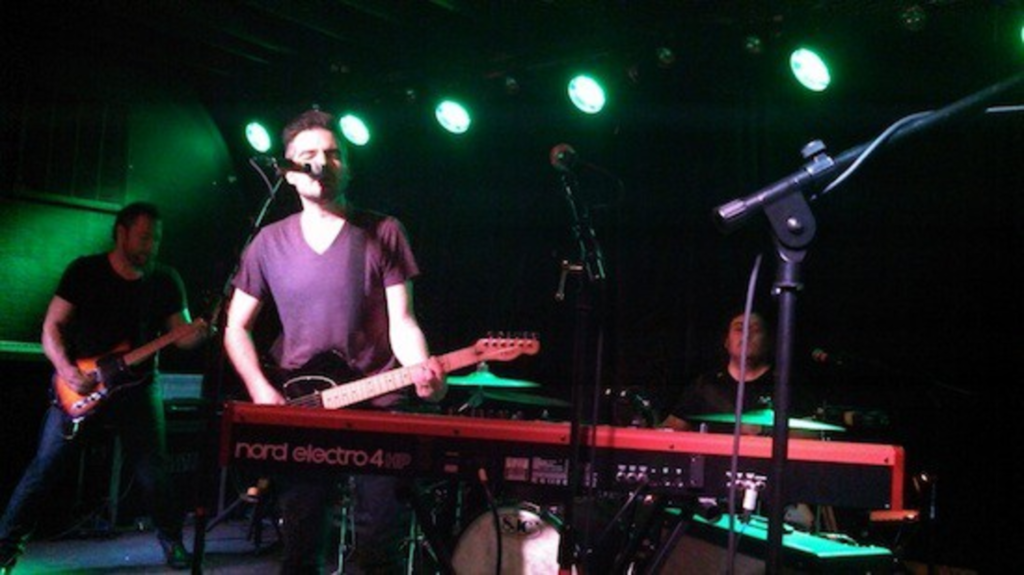 Friday night’s scene at the Riot Room didn’t provide the usual show backdrop for the Boxer Rebellion. To borrow words from lead singer/guitarist/keyboardist Nathan Nicholson, we all could have introduced ourselves and how we first learned of the band in the time it takes someone to use the restroom and grab a fresh drink from the bar.

“I feel like we’re in my living room or something,” Nicholson says after an early track, in an accent of a guy who has called London home for the past decade but is really American. “We could literally all go around and say our names. You could all buy me a drink – I’d be shitfaced.”

The London-based quartet of equally talented and handsome lads is capable of drawing sold-out crowds, even in the United States. The several dozen fans in attendance for the band’s first-ever Kansas City show were dedicated ones, too – my informal survey before the doors opened found a group of like-minded music geeks who also turned to Google to learn more about a group we first saw in the 2010 rom-com “Going the Distance.”

It’s a rare treat to walk toward a venue and actually see the band members outside their tour bus. I shake hands with all four guys and their tour manager, asking how they were able to narrow down which barbecue joint was lunch for them. (Jack Stack Barbecue won out simply because it was closest to their hotel.) I also ask about the drive from Colorado the evening before through western Kansas, to which drummer Piers Hewitt replies in a charming British accent: “I’m not going to lie to you. It was pretty boring.” But the Sunflower State isn’t ugly – just boring, he adds, once I’ve told him about Kansas recently taking first place as the ugliest state in America. (North Dakota, Hewitt says, is the ugliest to him.) 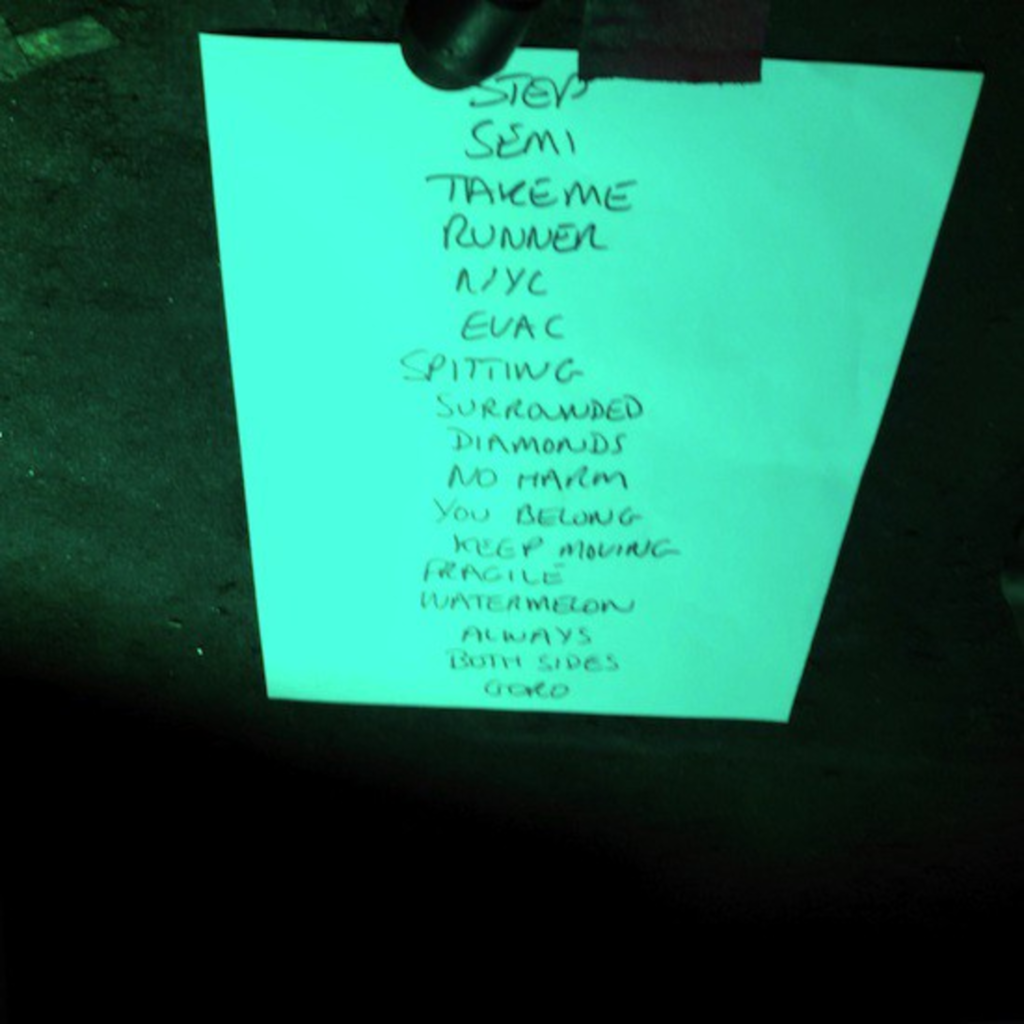 Small shows hold one value that is both a blessing and a curse: The coveted peek at the set list before the first guitar is picked up. I scanned the well-written block letters and felt a slight tug at my heart that my two favorites off the band’s newest release – “Low” and “Safe House” – weren’t among those to be played. Initially, I also was surprised to see that the track written for “Going the Distance” wasn’t listed, but “If You Run” ended up being played third from last in an encore-less show. While the song is musically and lyrically adept, the live version lacks the magical punch that’s possible only with the movie’s romantic chemistry between Drew Barrymore and Justin Long.

A couple of songs off the new album Promises weren’t candidates for a live performance – or, so I thought. “Take Me Back” definitely was one that I didn’t peg as translating nicely, but thanks to Hewitt’s precision drumming and a prominent bass line, the track sounded OK, even without Nicholson’s backing, layering vocals from the recording. The mid-album tune “New York” also takes me by surprise as Nicholson puts his high vocal range to work while playing keyboards. The other three guys tackle percussion from their respective corners of the stage, giving the song a wall of sound that isn’t found when listening to the real deal with headphones.

In keeping with the living-room atmosphere, Nicholson gives nod to the Chiefs, adding, “I’m talking more than I usually do. I feel like I’m playing for my family or something. Without sounding like a dickhead, we usually don’t play for crowds this small.” He pauses to give a shrug and raise his eyebrows. “So… thank you?”

Though fewer in number than the band is accustomed to seeing at its shows, the fans in attendance Friday know they received a treat in the intimate performance, and the Boxer Rebellion, in its friendly, down-to-earth manner, proves that it won’t soon take a single fan for granted, movie appearances or not.