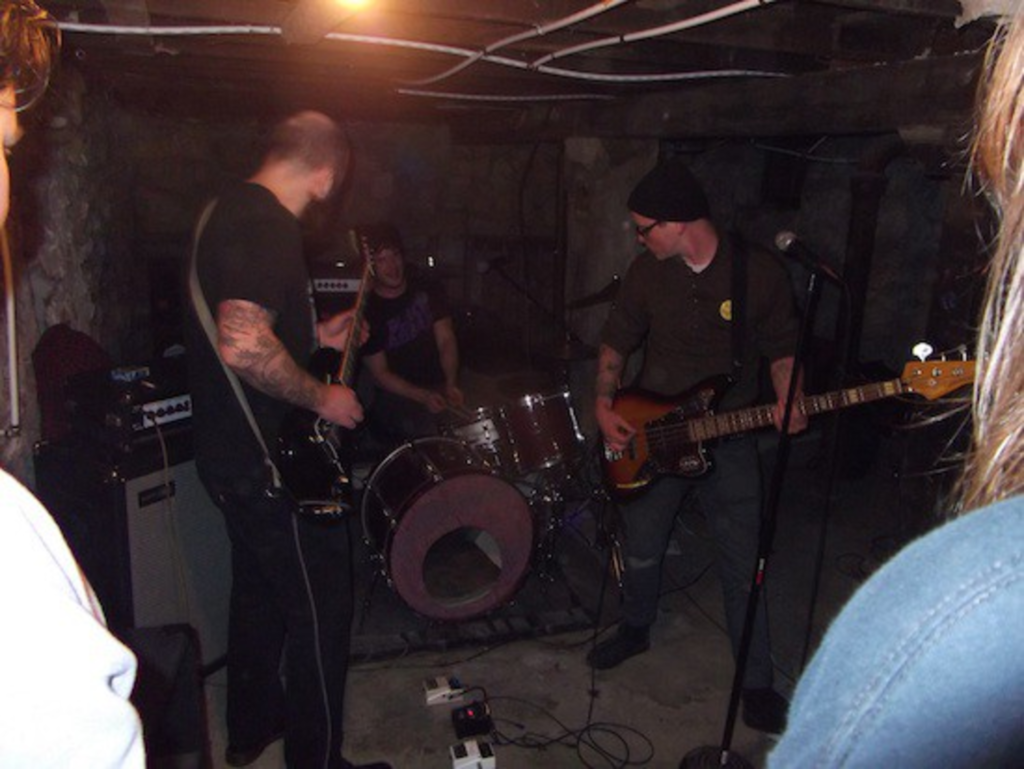 “I almost hit the dog with the car, and then I almost dropped the amp on it,” says Mike Gustafson, the bassist of the newish local metal band Bummer, “but then I just stepped on its foot.”

This is the introductory sentence to my evening at a house show out on the east side, in reference to this venue’s dog, Killer, who is now burying a gazelle’s antlers in a pile of leaves in the corner of the yard. The band bickers rather audibly about who sucks the least at backing out of the driveway, scratching side mirrors on the wall a handful of times before figuring out they can fold them in, and crunching sickly into the fence a second later.

The next band’s vehicle hums patiently behind them, ready to pour its own Sunn cabs and drum sets into what we expect to be a crammed basement. There is a fire for the young punks to tend to, and they mill about it, excitedly buzzing for what I’m excitedly buzzing for. We are at this house to watch a band from Portland, Oregon, called the Body, and we love the Body.

The Body is a band I’ve reviewed a handful of times elsewhere, a band that I look forward to more than any other touring act that frequently hits KC, and I manage to find the lead singer and guitarist Chip King standing alone. I ask him if he has anything to say about KC, and he says, simply, “We love it.”

I tell him I wrote a review of their new album, Christs and Redeemers, out on Thrill Jockey, and talk about a lackluster Pitchfork review they just had.

“We haven’t seen the Pitchfork review,” King says. “Thrill Jockey sent us sort of an apology for what they said about it, but we don’t really worry about Pitchfork.”

I tell him that even though I don’t make metal music, they’re still my favorite band.

“I don’t think we make metal either, really,” he says. I tell him to keep up the great work and bow out as gracefully as I can, embarrassed to find myself actually beaming in the dark, not hearing a word that one of the young punks is now saying to me.

If a visit from the Body has brought out a horde of punk kids in the past, it has also definitely brought out the local bands, and I’m surprised to find that Thursday night’s show is going to be only a three-band bill. This puts locals Bummer and Faultfinder in the strange position of opening for a band that will outshine them without disappearing into the six-band fog. I will remember their sets even if I get drunk. Don Beasley, one of Faultfinder’s guitarists, mentions that this is the band’s fifth time opening for the Body.

[page]Outside in the yard, Thomas Williams, Bummer’s drummer, struts around in a cutoff tee in the 40-degree weather, and the crowd collectively wonders if he possesses the brain power to know that his band will just be delaying us from seeing the band we came to see.

The delay was worth it, though. Bummer ruled. A fun thrash-metal act, Bummer blasted the basement and continued yelling at one another between songs in a brash, suburban kind of way. Everyone got into it, bouncing around as much as the 7-foot ceiling would allow. 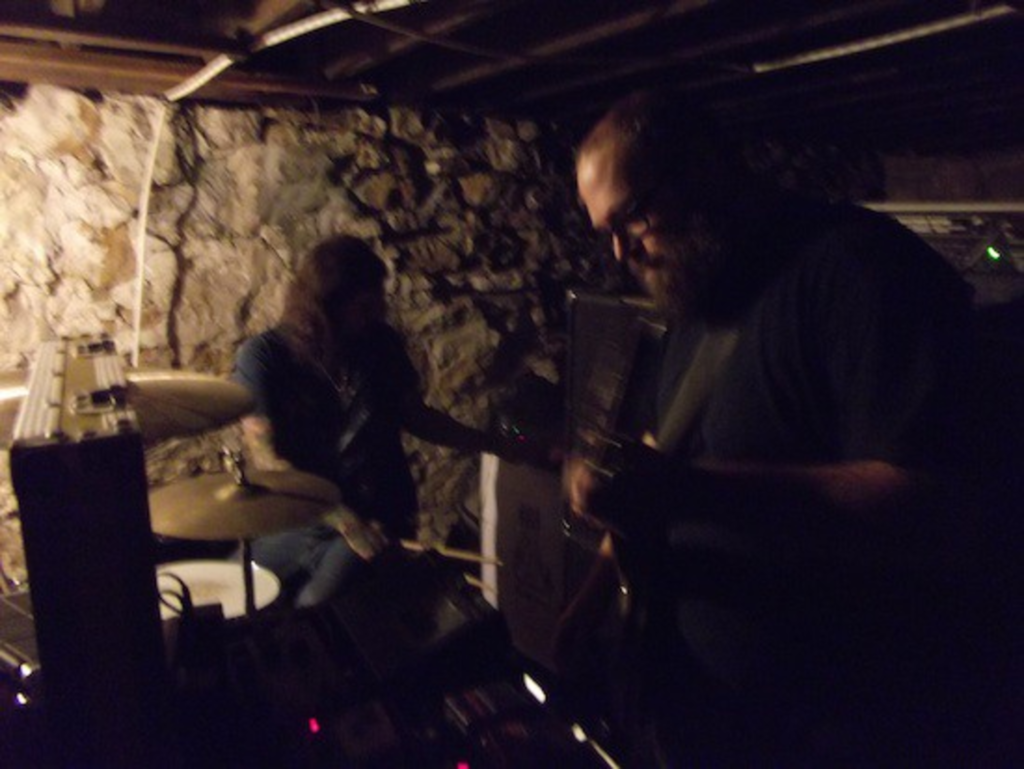 After describing what they did as “not really metal,” I got to appreciate the Body in a noisier light than I had before. The Body pushes heavy sound in a specific way, and their performance last night was no exception. They reached thundering lows that rattled our chests and knees for the whole set, and had we not been in a basement, I would have feared for the walls. I found myself wondering how many of the punk kids knew about the Hyatt Regency collapse and if it would receive similar coverage if it were to happen to us there in that basement, and if they’d even care, as elated as everyone was to be there.

While undoubtedly the loudest band I ever get to see, the effect of the Body does not assault one’s ears until after it’s done and tonal perspective sets in. As the crowd retreated back to the fire, I found myself feeling twice as drunk as I should have and unable to carry on any conversation, partly because I couldn’t hear anything.

The Body dragged its merch into the yard and then disappeared, the way they always do when they come to town. It’s the way you remember how powerful music can be for an evening, and you want to be sure to see the band that leaves that effect again in six months, so that you can hold onto that feeling.

When the Body leaves town, what’s left in its wake is an underground scene inspired to make better, heavier music. Last night was not just a metal show, but a focused gathering of forward-thinking people, albeit in the microcosm of backyard drunken fire hangouts. My ears still hurt, but I’m ready to go to the next one and see who turns it up a notch louder.