The Blue Bluegrass of Home 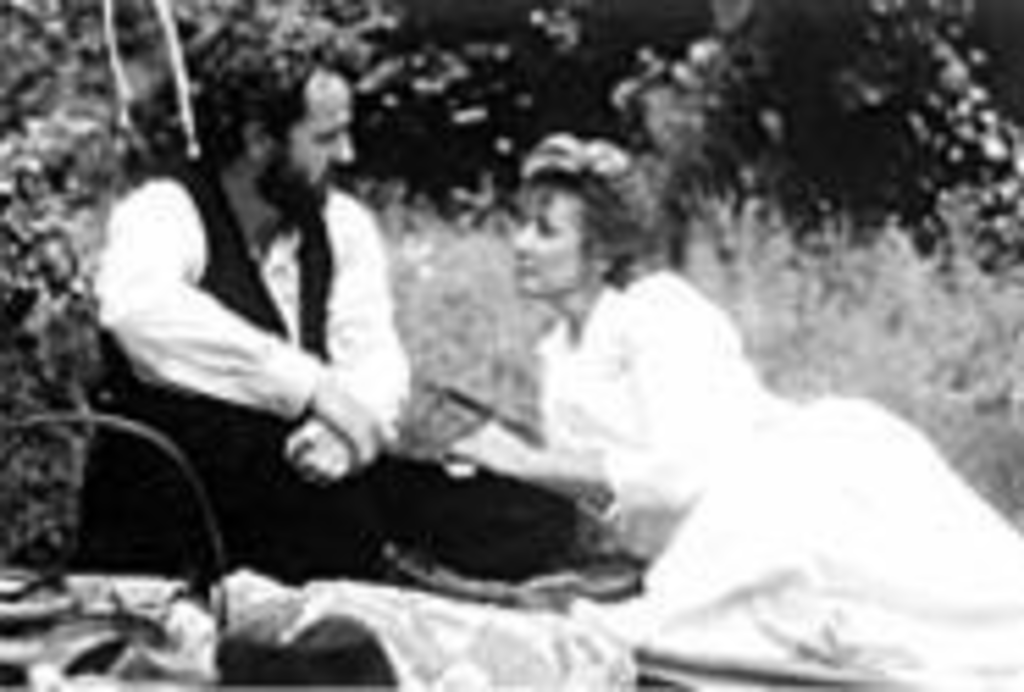 Even more so than the recent Depression-era comedy O Brother, Where Art Thou?, the turn-of-the-century drama Songcatcher is an absolute treasure trove of old-timey, traditional folk music. Set in the Blue Ridge Mountains of Appalachia in the year 1907, the film follows city-bred musicologist Dr. Lily Penleric (Janet McTeer) as she traverses the remote, swampy forests and shimmering green “hollers” of the Carolinas searching for the roots of American music. And while the versatile McTeer (an Academy Award nominee for Tumbleweeds and a Tony winner for A Doll’s House on Broadway) turns in yet another stellar performance, the real power of this film comes from the music: haunting a cappella renditions of old English ballads and spirited fiddle tunes of Scottish-Irish origin whose toe-tapping melodies were transformed when played on the banjo and dulcimer, instruments African slaves introduced into America.

Written and directed by Maggie Greenwald (The Ballad of Little Jo), Songcatcher combines strong feminist sensibilities with surprisingly old-fashioned melodrama. The independent and ambitious Lily is a strikingly contemporary — and universal — heroine. A woman in an almost exclusively man’s world, she is an accomplished professor of musicology whose male colleagues continually thwart her struggles to advance professionally. After being passed over for promotion for the umpteenth time, Lily flees the city for the backwoods of Appalachia, where her sister Elna (Jane Adams of The Anniversary Party and Happiness) runs a school for the children of the poverty-stricken farmers and bootleggers who inhabit the isolated region.

Not surprisingly, Lily’s initial efforts to penetrate the fiercely insular world of the mountain people meet with suspicion and hostility. Her superior attitude and domineering manner strike a particularly discordant chord in Tom Bledsoe (Aidan Quinn), one of the few locals who have spent time in “the other world,” as they refer to so-called civilized society.

Lily’s ongoing clash with Tom is one of several key relationships that fuel the story. The others include Lily’s friendship with Tom’s gun-toting grandmother, Aunt Viney (a wonderful Pat Carroll), and with a young orphan named Deladis Slocumb (teenage opera star Emmy Rossum in her feature debut), who has the voice of an angel and sings many of the film’s most beautiful ballads (including “Come All You Fair and Tender Ladies” and “Lord Randall”). Lily’s exposure to these people, her experiencing their struggles — and their goodness — close up, has a profound effect on her. While maintaining her drive and stubbornness, she finds herself opening up emotionally.

“I’ve never been anywhere where music is [so much] a part of life, like the air you breathe,” she gasps in appreciation and awe. Suddenly, what had always been a strictly academic, intellectual pursuit takes on a feeling dimension, transforming Lily in the process.

McTeer is such an imposing presence, it would seem difficult for any man to play opposite her, but Quinn more than holds his own. As headstrong as she is, he also has experienced life’s injustices and disappointments and, like Lily, has responded by shutting himself off emotionally. It is only through music that he comes alive.

Rejecting the hard, gritty look of Walker Evans or Dorothea Lange, early twentieth-century photographers whose stunning pictures emphasized the poverty and dark underbelly of rural America, Greenwald opts for a soft, almost storybook look for her film (which was shot in the Blue Ridge Mountains of North Carolina). Although the corporate coal-mining villains are always close by, trying to bully the subsistence farmers into selling their land at dirt-cheap prices, we never glimpse the eroded mountains and ugly ravages of strip mining. Rather, the landscape has an ethereal beauty: primitive but lush, unspoiled and unpolluted.

While Songcatcher (an old mountain term for someone who collects songs) probably won’t spark a folk revival, traditional music enthusiasts most definitely will want to see it. (Iris DeMent and Taj Mahal have small roles that allow them to showcase their talents.) Moviegoers who don’t know the music but are curious will find a most palatable introduction to it here. Appalachian music occupies a distinctive place in the history of this country’s musical heritage, for it is the marriage of the sometimes lilting, sometimes intensely melancholy Old World folk melodies to the equally traditional but more primitive rhythms and beats of Africa — which itself gave rise to the Southern blues — that lies at the heart of all American music, from folk and bluegrass to country, blues and rock and roll.