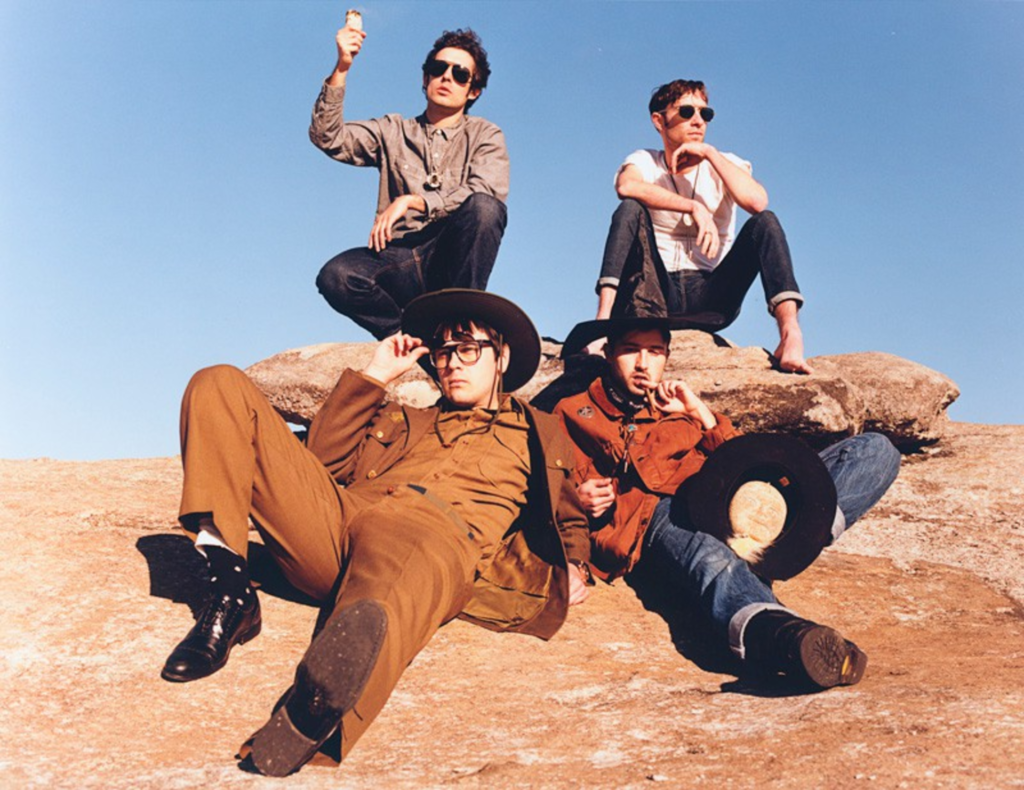 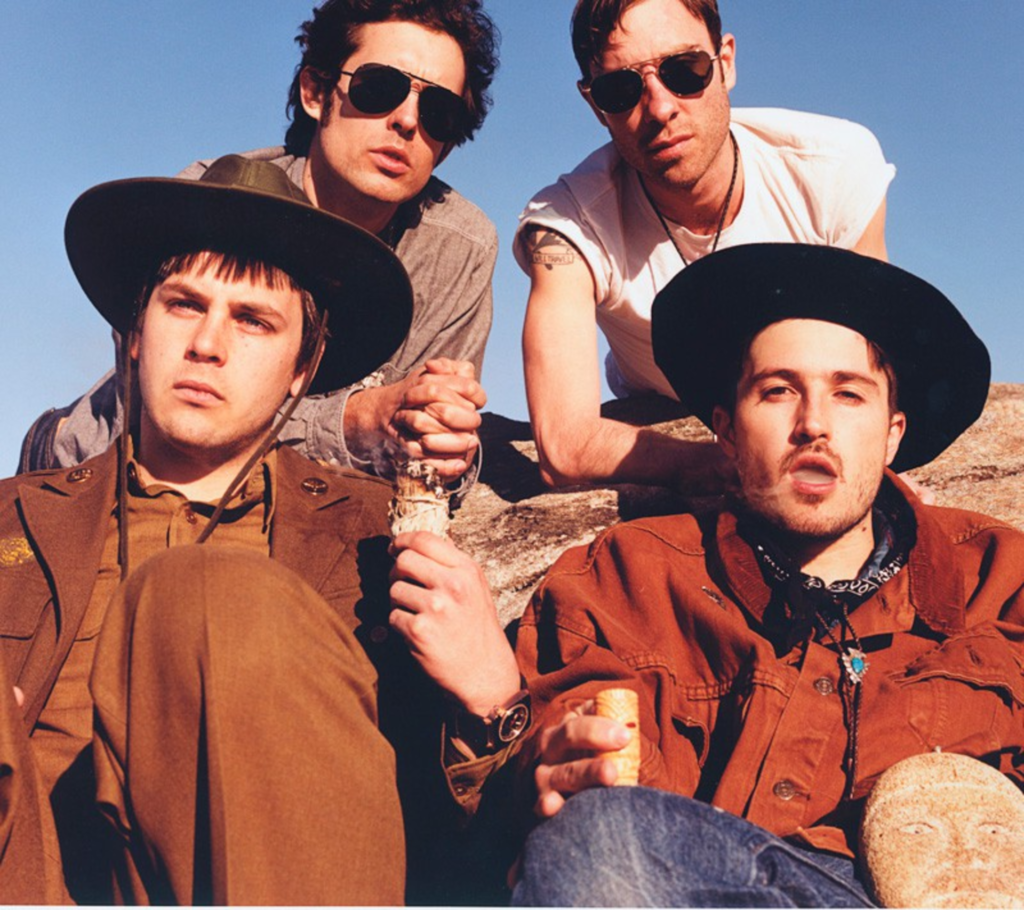 It’s been a strange ride for scuzz-rockers the Black Lips. Over the past 12 years, the Atlanta quartet has been party to an assortment of wild behavior while routinely playing florid punk rock and going batshit at its live performances.

While playing in the city of Chennai, in India, during a short tour of the country in 2009, the band narrowly avoided prison — a place teeming with tuberculosis, violence and maggots, or so the band heard — for performing “homosexual acts” onstage. Singer and guitarist Cole Alexander and guitarist Ian Saint Pé kissed — a relatively tame moment compared with other things that have happened at the group’s shows — and, after a police chase, were forced to flee the country. (The fact that Alexander mooned the audience probably didn’t help the Black Lips’ cause.)

In late February of this year, the Black Lips headlined the 2011 Bruise Cruise Festival and set a new standard for hipster tourism with a lineup that featured a slew of like-minded acts, including Ty Segall, Turbo Fruits, Vivian Girls and Surfer Blood. The band gigged in the ship’s ballroom and at a Señor Frog’s in Nassau, in the Bahamas.

“That was ridiculous,” Alexander says on the phone from Atlanta. “They were just pouring liquor down people’s throats, that kind of vibe.”

The Black Lips, whose long list of onstage transgressions includes vomiting, pissing, indecent exposure, prolonged band-member make-out sessions and a general disregard for one another’s safety, may share a concept of ridiculous that differs from that of most people.

Despite the rampant partying and the sublime maintenance of punk-rock stereotypes, the Black Lips has sonically matured with each release. Though 2009’s 200 Million Thousand was a little darker and less accessible than its predecessor, 2007’s jangle-rock gem, Good Bad Not Evil, the record still harbored plenty of the group’s infectious hooks. The band continues to sharpen its sound on its forthcoming record, Arabia Mountain, due out June 7. For that project, tastemaker Mark Ronson was behind the boards to produce most of the songs.

The pairing might sound like a stylistic mismatch, but Ronson didn’t tinker too much with the band’s songwriting process. “It sounds a lot like we’ve always sounded, but Mark Ronson spent a lot more time making sure things sounded good,” Alexander says. “Like drum tones — he logged hours and hours getting them all to sound right. He just got it so if you’re at a club, it won’t clear the dance floor so much.”

Ronson produced all but two of the songs. The remaining pair were assembled at Notown Studio — run by Deerhunter’s Bradford Cox — in Marietta, Georgia, where the band made use of Cox’s four-track recorder to capture some of the band’s lo-fi charm. (Cox was present at some of the sessions, but production credit goes to Deerhunter guitarist and sound explorer Lockett Pundt.)

Alexander says bringing new folks into the fold hasn’t really affected the musical product that much — the band self-produced everything it released prior to Arabia Mountain — but he acknowledges that Ronson’s involvement may yield new audiences.

“People might be more willing to check our music out,” he says. “But I don’t think it’s too much of a departure from our sound. It’s definitely more accessible than our last one, more along the lines of Good Bad Not Evil in terms of quality. Maybe even better.”

Something that also won’t change much, despite a voiced intention in recent interviews to tone down the stage antics, is the vitality of Black Lips’ performances. The band’s songs have an arresting homemade quality, and Alexander and Jared Swilley exuberantly sing their own songs like they’re favorites from an oldies station. (For evidence of this, listen to the Black Lips’ essential live album, Los Valientes del Mundo Nuevo.) The band’s own nickname for its sound,”flower pop,” isn’t a bad way of summing up the retro tint that shades the colorful rock.

The members of the Black Lips are road warriors. The current tour started in Carrboro, North Carolina, on April 6, and the band is booked to play almost every day through July, in the United States and abroad. This has been the band’s mode of operation since 1999, and Alexander still loves it.

The reasons are simple. “I love being on the highway at night and listening to Coast to Coast [a late-night AM radio program that covers UFO sightings and other strange phenomena] and stopping at some creepy truck stop and getting dirt food,” Alexander says. “The other day, we stopped at a Waffle House, and there were two people on horseback doing circles, and a 12-year-old white girl doing pony tricks at two in the morning in the Waffle House parking lot,” he says. “Shit like that, I love.”