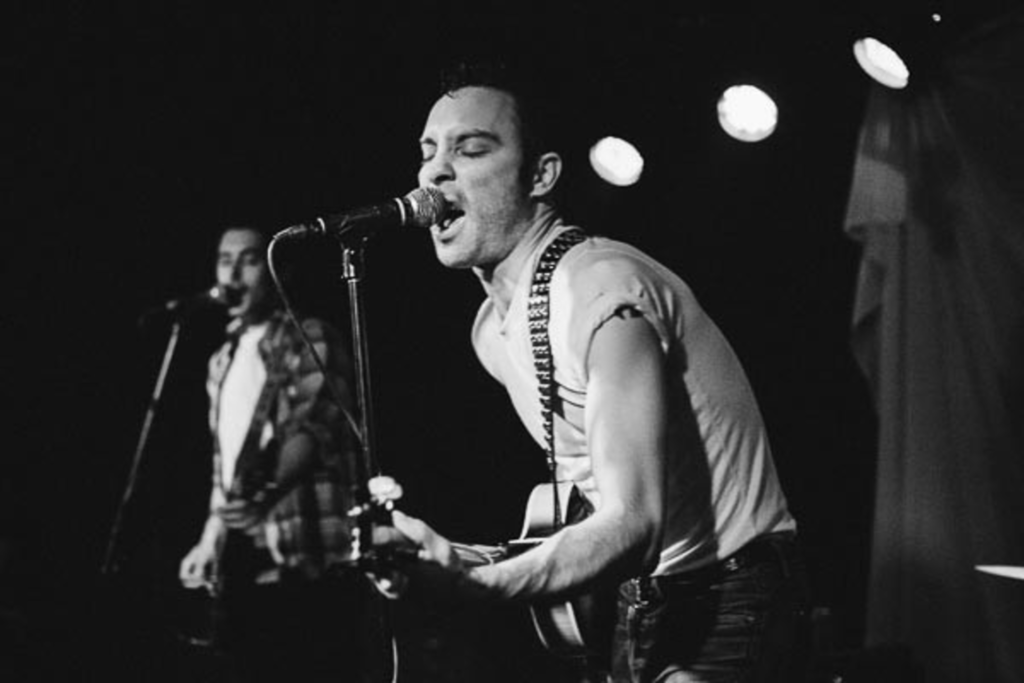 Despite technical difficulties that seemed to plague the entire length of the Black Lips’ 50-minute set last night at Riot Room – culminating with the unexpected decimation of rhythm guitarist Cole Alexander’s amp just before the final song – the Atlanta band delivered a wildly energetic set.

Mind you, the energy came from the band’s songs and the members’ stage presence, which, aside from one sweet moment where Alexander spat a loogie into the air and caught it back in his mouth mid-riff during “Katrina,” was pretty tame. The band, rounded out by lead guitarist Ian Saint Pé Brown, bassist Jared Swilley and drummer Joe Bradley, has 15 years of degeneracy and delinquency behind it; perhaps the members have reached a point where they’d like to let their music speak for itself. In any case, if the audience was expecting the trademark antics of a Lips show – vomiting, exposed genitalia, tongue-heavy make-outs – they were disappointed. 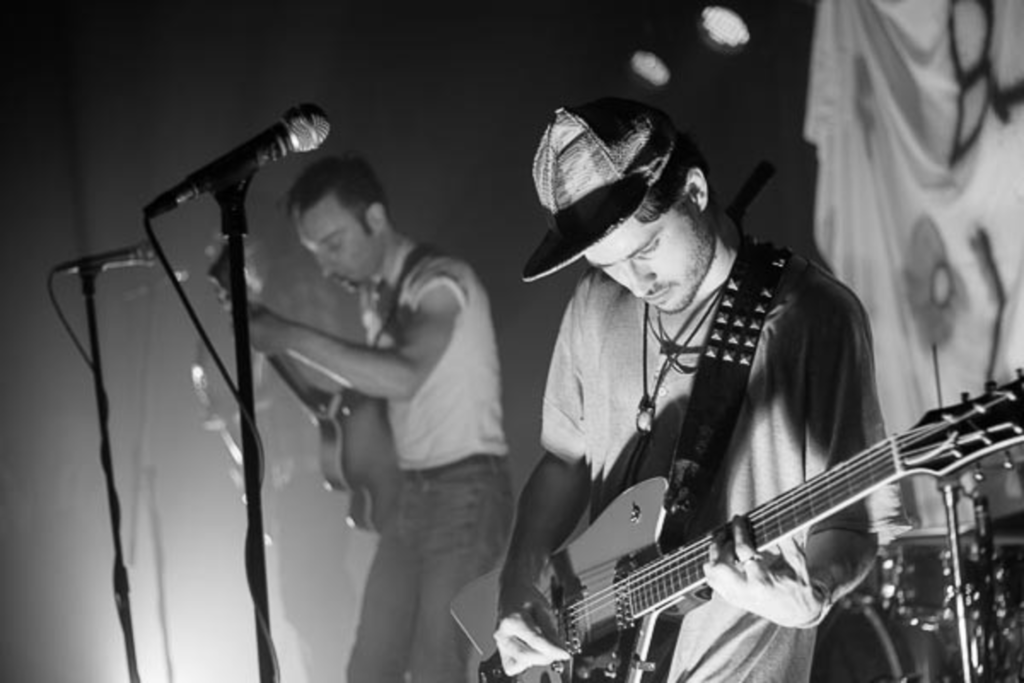 The lack of brash behavior on stage led the Riot Room crowd to compensate, and in comparison to the swelling mob of people before them, the Lips might as well have been fresh-faced choirboys. The at-capacity room was a mess of limbs, sweat and body odor, and the Lips were barely through the first verse of the opening song “Family Tree” before the crowd was thrashing from the center, beer flying everywhere.

The Lips were unperturbed by this, of course. And they unloaded their setlist – an intelligent mix of fan favorites and songs off the March-released Under the Rainbow – at a breakneck pace. The tracks were like match strikes: furious and burning one moment, extinguished but still smoking the next. And the Lips were like bored kids who had just discovered the renewable delight of a full matchbook. Their music is a full-frontal assault on the senses – in the case of last night, every single sense – and they make no apologies about it. 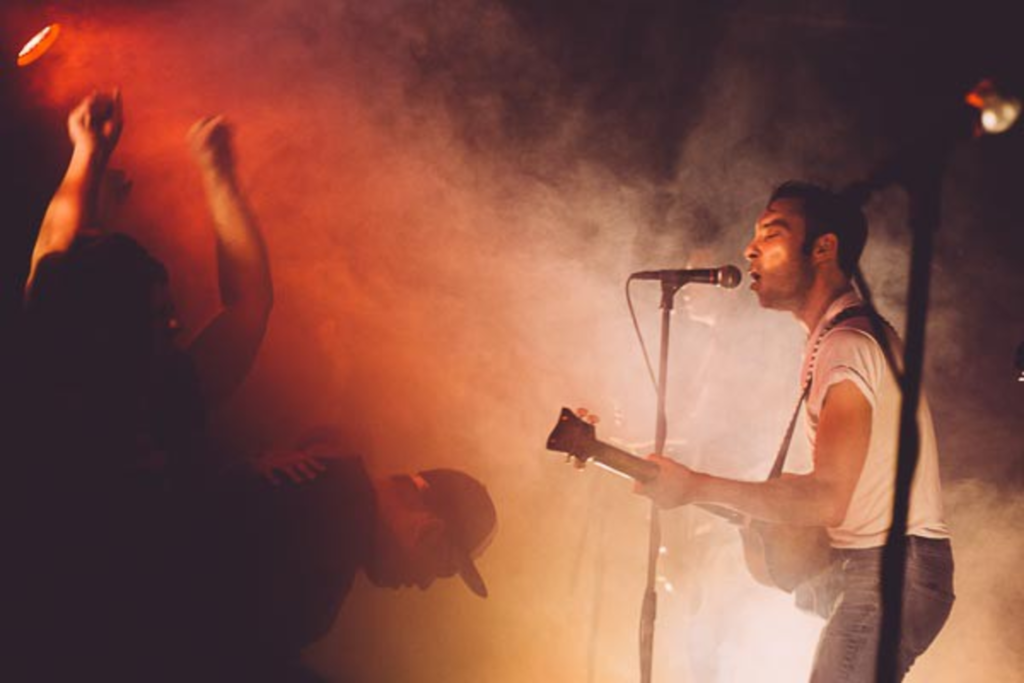 “Boys in the Wood,” one of the earliest singles from Under the Rainbow, is probably the closest thing to ballad the band has, and it oozed from the speakers at a deliberate, ominous pace. Them boys are wild, back in the woods, warns Alexander, who takes the lead vocals on the song. When the boys got to drinkin’, you know it ain’t no good. This is one of the true pearls from the band’s latest record, a song with just enough mystery in the lyrics to sound menacing (though the band’s music video leaves little to the imagination). The stage was bathed in a murderous red light and smoke was cascading everywhere – thanks to a somewhat fickle fog machine – and for a moment, the rambunctious crowd cooled. 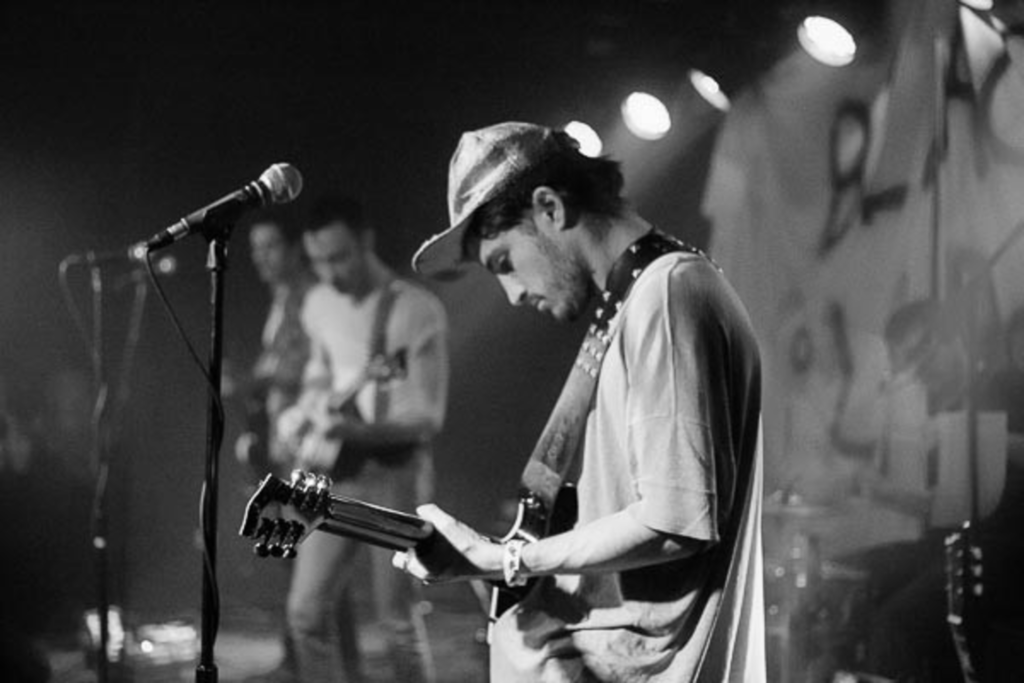 Though all the Lips’ share lead vocals, Alexander’s voice probably has the most character. He has a whiskey-stung, cigarette-induced rasp, and an inflection that makes him sound as though he was very recently punched in the jaw. This was never so clear as when he sang-spoke the off-key verse in “Dirty Hands,” which the crowd shouted back at him: Me and Bobby went to the beach this summer, intoned Alexander, sounding like he was telling the story to a toddler. We built castles in the sand and smoked dope by the water.

As Alexander hit a pre-recorded intro for “Raw Meat” late in the set, I took a moment to admire the band’s DIY sensibilities. They had a stage tech to ready the stage for them, laying out setlists and water bottles, but that was their only luxury. They brought a homemade banner: two white bed sheets spray-painted with a few girlish pink flowers and a simple “BLACK LIPS.” And as the set wore on and more of the band’s equipment started to fail, I began to wonder what shape the Lips would be in for the rest of their tour. (They only have two more U.S. dates before a break, and then the band is off to Europe.) 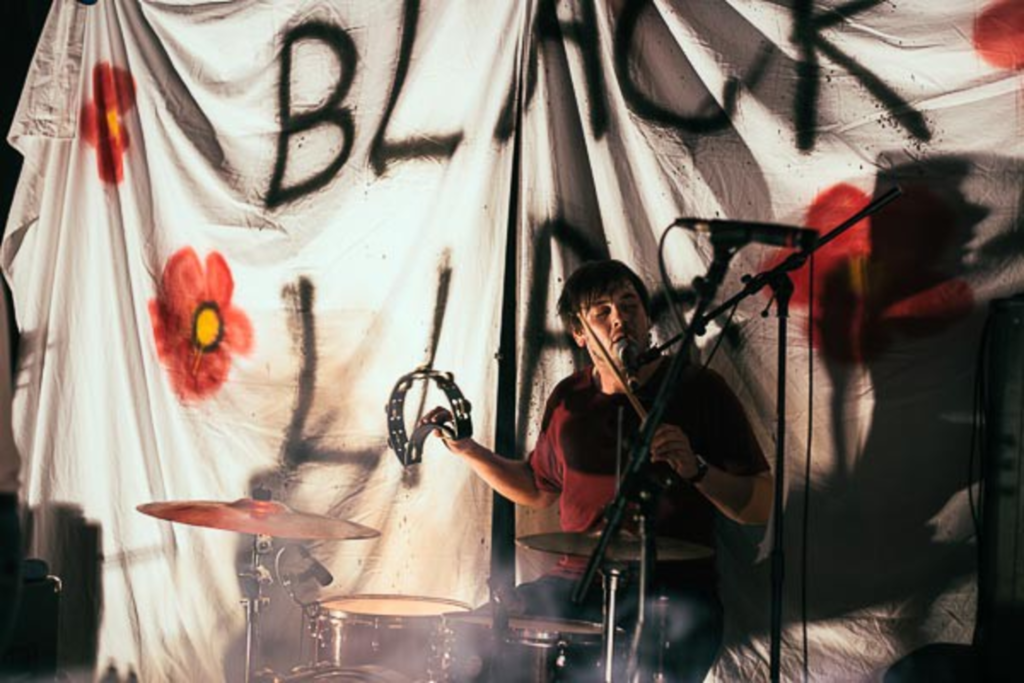 After Alexander blew his amp, there was a few moments’ delay before he crossed the stage to plug-in and share the mic with Saint Pé Brown. As the boys ravaged through “Bad Kids,” some idiot – a tall guy wearing a large black cowboy hat – jumped on stage for the second time that night, kissed each member of the band individually, grabbed a setlist, and hopped down. Swilley, who was in the middle of leading a verse at the moment the cowboy planted one on his cheek, appeared the most jarred.

And then the song concluded, somewhat abruptly. The band tech carried a new amp across the stage, but Swilley, drenched in sweat, called out to him: “Brian, Brian, that was our last song.”

The crowd was aghast, but Swilley, with a faintly apologetic smile, confirmed that there would be no encore. The house music came on, the Lips disengaged themselves from their cords and their instruments, and the crowd – only a few moments ago as rabid as a mad dog – found a nonplussed lull.

Leftovers: I would be remiss not to mention Nashville’s Natural Child, the second openers and touring act with the Black Lips. They’re a seriously good band, strengthened by a phenomenal pedal steel player and a pianist who looks like he could find his keys in the middle of a gunfight. They were, however, heavier on the side of country than the lineup would have suggested. (The twang in the lyrics I’m just a city boy, I’m not the country type, seemed to be an obvious lie.) First openers were Kansas City’s the Conquerors, which provided a dark, heavy introduction to the evening. 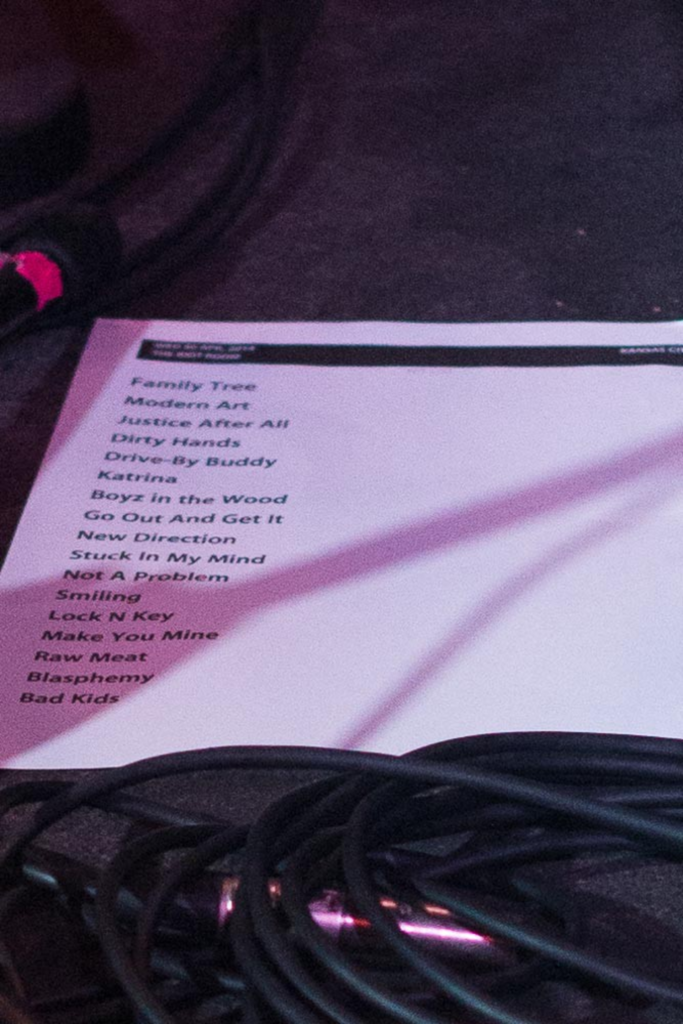