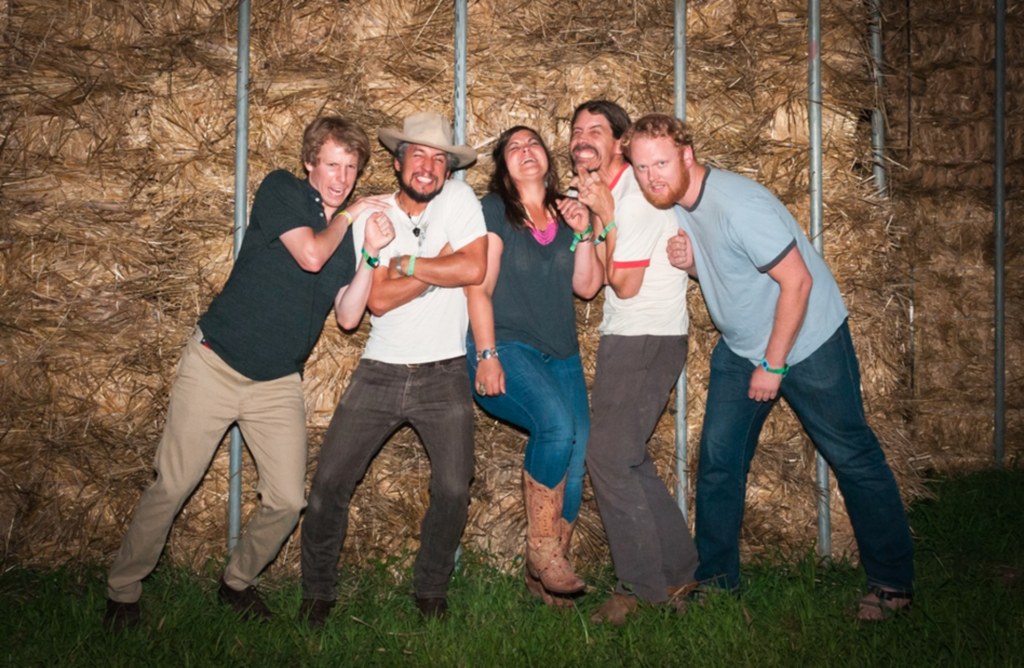 It’s not often that a country band gets a crowd pushing and gasping to the “oohs and “ahs” of the the Zombies. At the top of the evening during the Black Lillies’ set at Knuckleheads, it simply couldn’t have been anticipated.

Realistically, a Black Lillies’ crowd craves harmonies and honky tonk with great frequency – and not necessarily in that order – and the band delivered. But they can’t be backed into that corner quite so easily. By the end of the evening, the Black Lillies toasted to a full house at Knuckleheads with their own heady, broad roots blend – and their fans drank deeply.

The band jumped in with “Gold and Roses,” a straight-ahead country tune, with the built-in crowd-rousing (and non-tailored) line “Fell in with a stranger from Kansas City.” They followed that with “Ramblin Boy,” a classic highway tune.

As lead man Cruz Contreras trickled into the opening of “The Fall,” a lush duet with co-vocalist Trisha Gene Brady, the crowd hushed immediately. It’s a lovely song, and the gorgeous meld of Contreras’ careful tenor and Brady’s alto moan left the crowd a little spent (maybe even a lot spent). It was worth the ticket price all by itself. 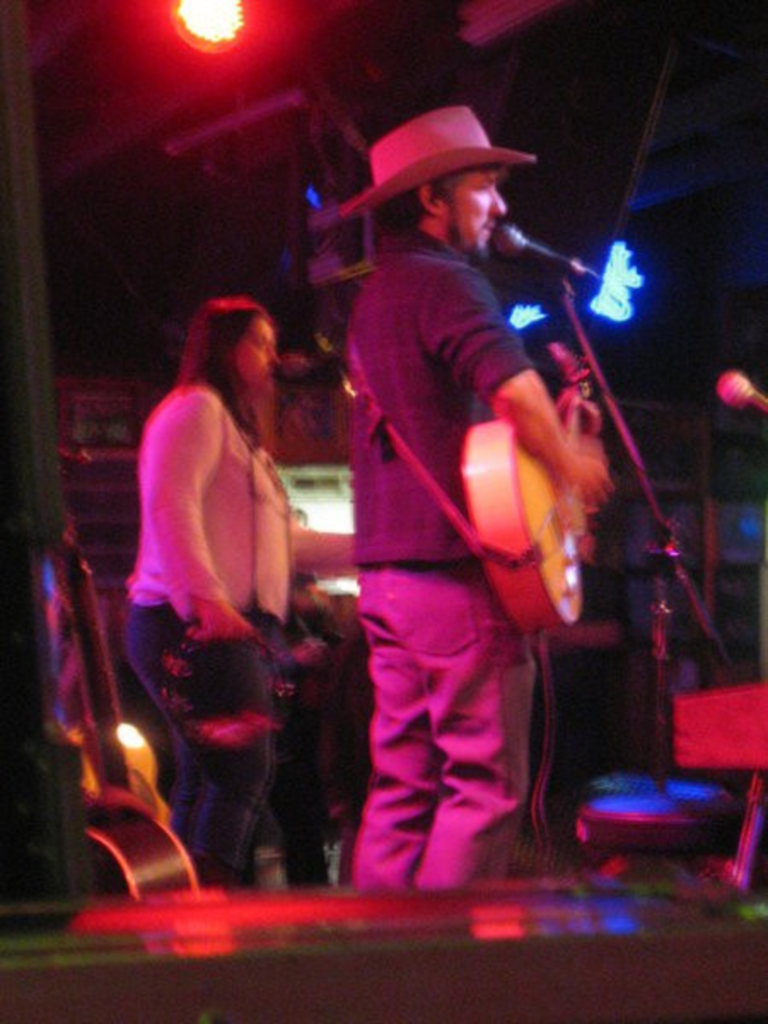 But things were just getting started. Post-applause, the crowd was still silent. Contreras, ready to count off the next song, seemed mildly freaked out.

“Whoa, it got so quiet,” he laughed. And whether in reaction or just by coincidence, the band cranked things up with a fully electrified cover of the Delmore Brothers’ “Blues Stay Away From Me. The oomph and volume of that song signaled a shift into a less-gentle realm.

Honky tonk fans must have been satisfied with the smoke and banditry of “Smokestack Lady,” a song worthy of any trucker compilation. Next, “Ruby” celebrated the eponymous star’s bad girl ways. “Three in the Mornin’” was a staggering “I gotta go home” tribute to a bar called Happy Holler in the band’s hometown of Knoxville, Tennessee.

After that Grand Old Opry friendly mini-set, jackets came off, and the Lillies brought the crossover days of ‘60s AM radio back to life: You know, that time when Philly soul, Tom T. Hall and the Byrds could wind up back to back to back on the airwaves. As Contreras shifted from guitar to electric piano for “The First Time,” Brady’s voice surged into Motown-reminiscent soul, and her growls were a little dizzying. 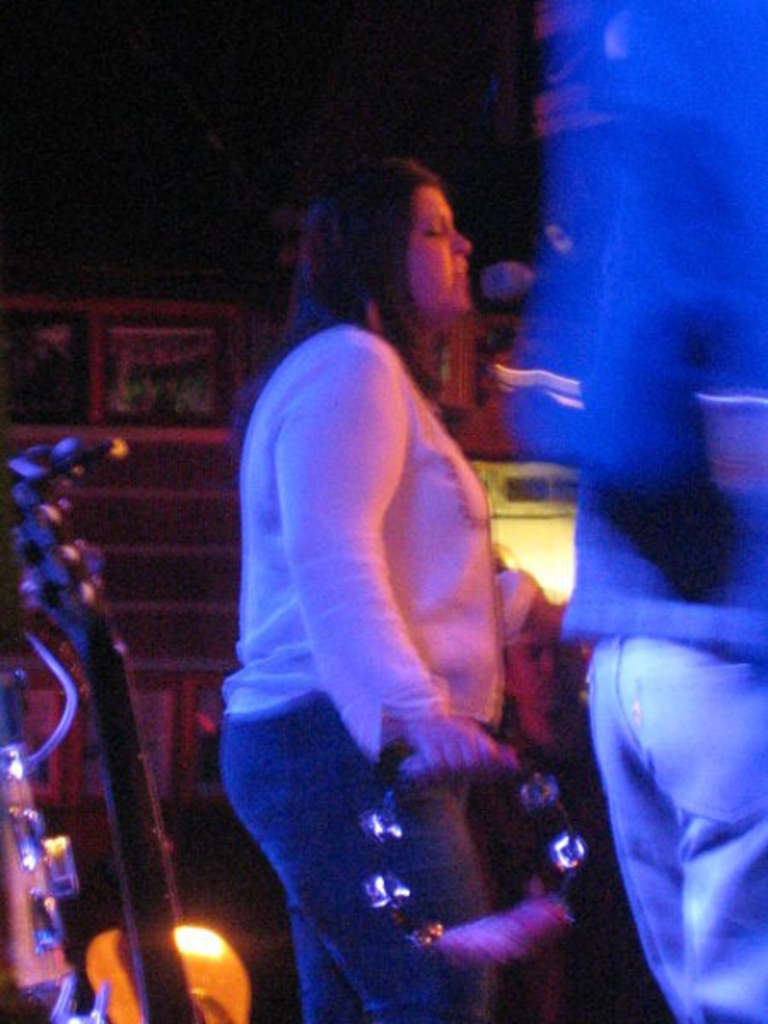 Contreras’ piano dropped into a funky realm (funky-tonk?) for both “Ain’t My Fault” and “Baby Doe,” which filled up the dance floor about as fully as any Knuckleheads band. Both songs featured the guitar work of multi-instrumentalist Tom Pryor, and his meaty, greasy solos were much more Muscle Shoals than Nashville—or Knoxville, for that matter. (His pedal steel work on the more classic country tunes was also a treat.)

The band kept cranking it up, little by little, and even road-tested the new song “40 Days 40 Nights,” a comical look at Contreras’ first band tour. For just a moment, they slowed things down with “Walking Through Your Town,” a song that’s a whisker away from a “homeless at Christmas” tune, with lines like “Don’t the winter little towns look the same” that once again hushed the crowd. Even Pryor, who should definitely sing more, took a verse.

The closing cover cascade was almost a Rosetta Stone translation of the band’s musical family tree. (Who covers “Tennessee Jed”? Okay, sure, but besides Dead cover bands?) As the octave chime of “For What It’s Worth” kicked in (with the crowd jumping in), and then as Contreras pushed into the timeless Band line “You don’t know the shape I’m in,” again, with the crowd singing along.

As the Black Lillies wrapped up the regular set with a refrain of “Love Train,” it was clear that this band, one of the highlights of last year’s Folk Alliance conference, was far more than even that conference’s enormous umbrella can cover. The Black Lillies have a new album coming out soon, and this show made it clear that the new stuff could go just about anywhere.

Our first date night out in months, courtesy of the reopened and reimagined XR Cafe