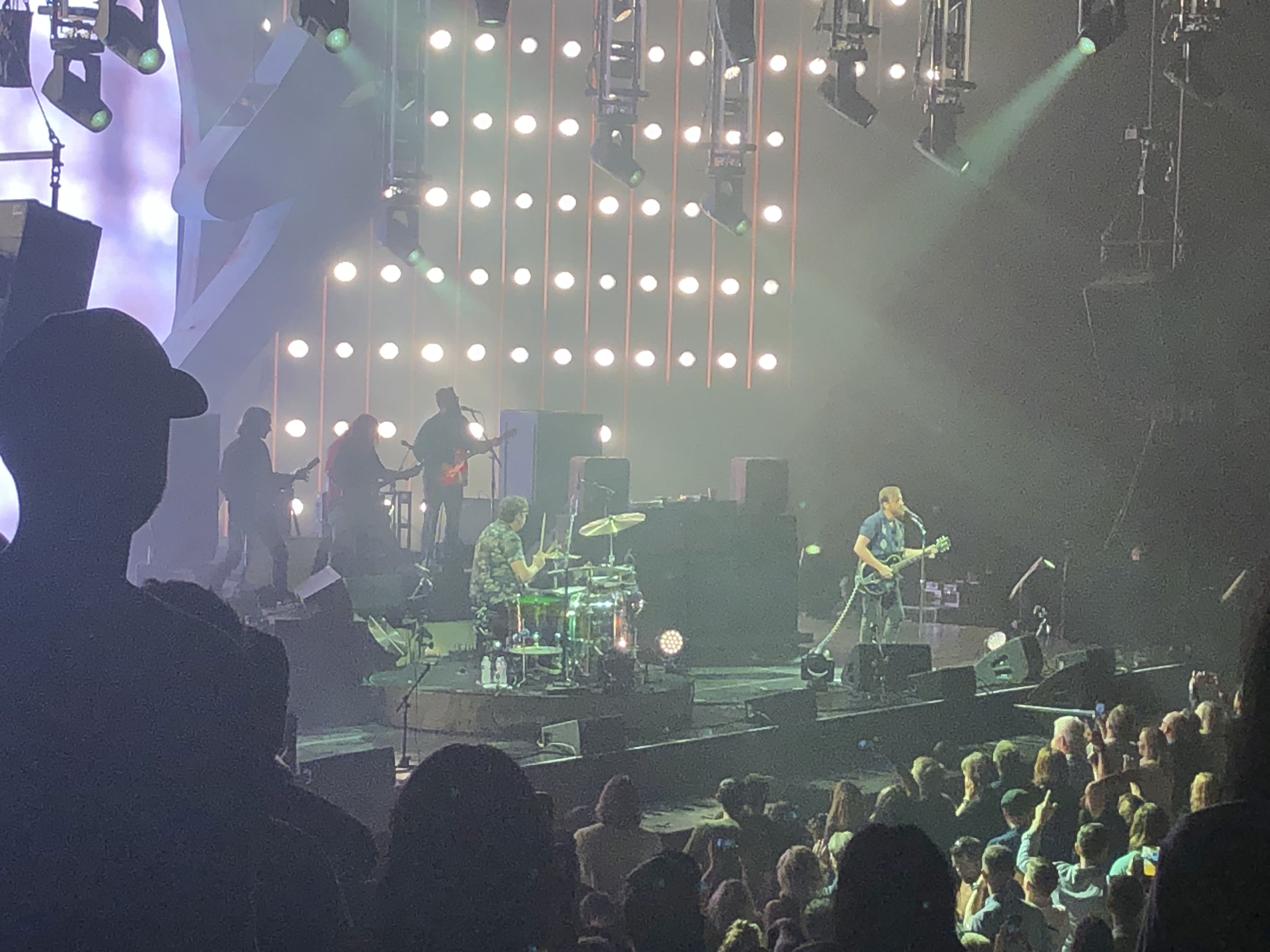 Prior to Tuesday night, it had been nearly five years since the last Black Keys show rolled through Kansas City. The Akron duo—guitarist-singer Dan Auerbach and drummer Patrick Carney—had embarked on a kind of hiatus in 2015, after more or less 15 straight years of hard touring. They are now back on the arena circuit, and on Tuesday the band’s fans filled the Sprint Center’s lower bowl and a few select sections of the nosebleeds to hear the classics as well as cuts from the Black Keys’ new album, Let’s Rock.

For better or worse, the songs remain the same. The Black Keys’ bare-knuckle approach to writing and performing is fully intact, though the audience’s enthusiasm can be harder to decode. I witnessed much foot-tappin- and head-bobbin’ last night—a mild-seeming response to the band’s rock assault. It was more like what you’d do after cracking open a cold one following a long day of work. I witnessed enough tappin’ and bobbin’ to gather that the show was well-received, though.

After a brief “It’s good to be back” from Auerbach, the band kicked things off with “I Got Mine,” a steady slab of blues rock from its Danger Mouse-produced major label debut, Attack & Release. It was a fond callback to fresher times. Though the new album is by no means a flop, none of its songs (six of which were played Tuesday night) inspired the kind of enthusiastic responses its previous material did, giving weight to those that critiqued the album as unambitious in its writing.

Hopefully, Let’s Rock will be looked back on as a moment in which the band was getting warmed back up. Otherwise, the Black Keys’ track record of penning arena-sized blues rock bangers speaks for itself. “Gold On The Ceiling” and “Next Girl,” both fan favorites from its breakthrough albums, demonstrated the band’s crossover pop smarts while further establishing its knowledge of old school soul and blues, respectively. “Next Girl” was perhaps the night’s most simultaneously punchy and poppy moment.

Other hits and favorites were given slightly different treatments during this show. “Howlin’ For You” and “Tighten Up” were played with less power and urgency than on the records, with the duo (backed by a bassist, and for the first time, two extra guitarists) opting for lighter arrangements more akin to Motown ballads than blues-rock bruisers. The change was just subtle enough to give the duo a bit of breathing room while still satisfying the fans, though the strategy was ineffective on “Everlasting Light,” a song that juggles its stompy, crunchy backbone with wispy falsetto vocals from Auerbach. The new arrangement sucked away most of the stomp and crunch, allowing it to float away almost completely.

The 90-minute set was peppered with heavier guitar songs like the title track from 2003’s aptly named Thickfreakness and “Fire Walk With Me,” which featured Auerbach ripping solos on a cigar box guitar. An inflatable electric chair accompanied two Let’s Rock songs in the encore, followed by the night’s closer, “She’s Long Gone.” All in all, not a ton of surprises. But certainly an electric enough rock gig.

Popular Washingtonian indie rockers Modest Mouse preceded the Keys with a nearly hour-long supporting set. The band has slowly expanded into an eight-piece since its 1992 beginnings, though its core remains guitarist, lead vocalist, and primary songwriter Isaac Brock. Unfortunately, on Tuesday, Brock was often the band’s weakest link.

While he was able to more or less get it together for a couple more vigorous cuts, any quiet moments (there were many) left Brock raspily mumbling most of the lyrics. Even on the band’s signature hit, “Float On,” Brock often failed to project his voice and arrived tardy to vocal cues while busy strumming his guitar. He also flubbed a few vital notes in one rendition of the song’s iconic guitar hook.

After one song, Brock noted his habit of mumbling, joking that a transcript would be available later, but he did little to apply this self-critique to his performance. Brock is a masterful songwriter; his nervous, jangly, stream-of-conscience anthems captured hearts throughout the aughts and early tens, and those songs deserved more effort. The rest of the band was solid. Horns and strings were smartly implemented; the dance pop number “Dashboard” had fans up and moving.

Nashville rock act *Repeat Repeat opened the show with a 25-minute set where most songs mirrored several elements trademarked by the night’s headliners (Carney produced their new album). When the material strayed from these vintage rock formulas, the band sounded like a jumbled mess of nineties rock references and adolescent songwriting.