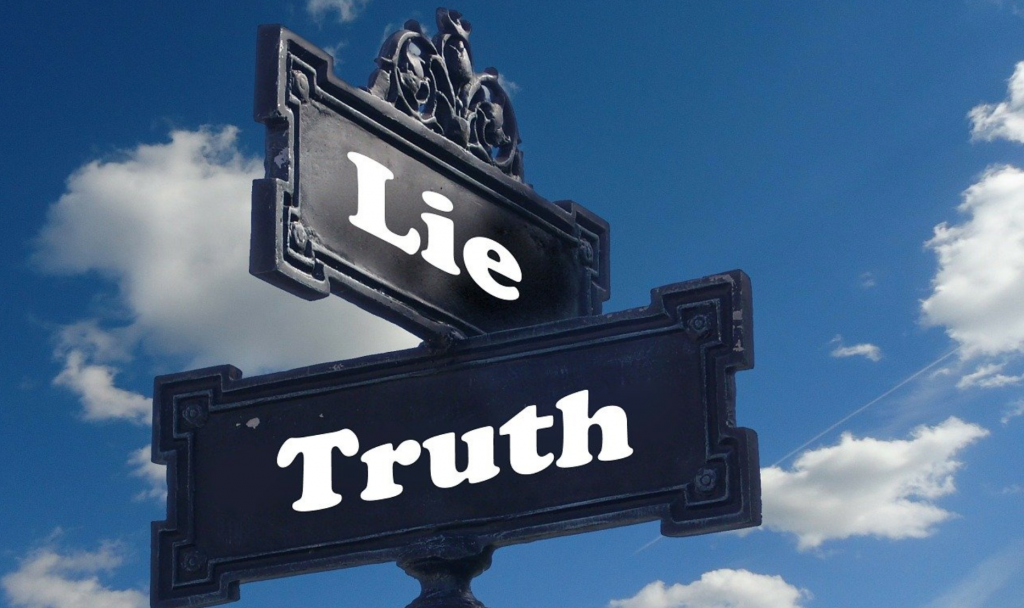 Both parties, and factions inside of them, would likely make wiser strategic decisions and/or improve their public standing if they accepted the hard truths. // Photo by Pixabay

Denial, said Missouri’s greatest export to the world, Mark Twain, ain’t just a river in Egypt. It’s also a problem plaguing major factions of both of our political parties.

A lie that a politician tells publicly can be dangerous, as we all witnessed on January 6. But lies that politicians tell themselves — wishcasting, if you will — can ultimately be dangerous as well.

Let’s consider some of the biggest lies Missouri politicos tell – sometimes publicly, sometimes to themselves.

The first and most obvious one is an extension of 2020’s Big Lie.

Per an Oct. 2021 Missouri Scout poll, three in five Republican primary voters are now convinced that Joe Biden stole the 2020 election from Donald Trump through election fraud. It is no longer the fringe position that it was in the immediate aftermath of January 6th, when everyone from Mitch McConnell to Kevin McCarthy publicly and unequivocally asserted that the election was legitimate and Trump had inspired the mob.

But since most elected officials with platforms are silent about it, Trump’s megaphone-amplified lies fill the vacuum.

From the Big Lie stems several related lies — for instance, that the January 6 chaos was created by Democrats or by “antifa”; or the absurd notion that spread for months suggesting that Trump would be reinstated in August.

…the unappetizing prospect of having to face a statewide primary electorate deeply infected with these lies helped lead at least one major prospective U.S. Senate candidate to stand down.

The public lies are buttressed by the lies many Republicans tell themselves: That Trump will slowly retreat into a somewhat more brash version of an elder statesman, continuing to rally his faithful without much interference from either a messaging standpoint, or by actually running in 2024.

Glenn Youngkin’s Virginia victory is the new Republican playbook: Leverage the enthusiasm Trump created but remain aloof from Trump himself. But will the narcissist asserting that 2020 election denialism should be the party’s litmus test issue in 2022 U.S. Senate primaries, allow this to continue?

My sense, to paraphrase Patrick Swayze’s Dirty Dancing character, is that nobody puts Trump in a corner.

Republican electeds who believe that they can gradually “manage” the aging ex-president into a political assisted living facility didn’t learn much from January 6 and all that has since transpired. As they are discovering, continued indulgence of his lies about the “rigged” election has long-term consequences, because the primary electorate has made it politically disadvantageous for them to tell the truth.

Indeed, the unappetizing prospect of having to face a statewide primary electorate deeply infected with these lies helped lead at least one major prospective U.S. Senate candidate to stand down.

But wishcasting isn’t limited to Missouri Republicans. Democrats have their own share of lies that many of us tell ourselves.

“Gerrymandering is the main reason that we hold legislative superminorities despite losing the last two U.S. Senate by just 2.5 and 6 points.”

In fact, the main reason Democrats hold legislative superminorities is that our voters are not as efficiently distributed throughout the state as Republican voters are. Democratic voters are concentrated in the two large cities and inner ring suburbs, in communities where Democrats often win upwards of 80% of the vote.

Conversely, there are large concentrations of Republicans in heavily populated outer-ring suburban areas where Republicans frequently win 55-60% of the vote, a much more efficient distribution of voters than “wasting” thousands of votes in 80+% districts.

… the Democratic Party’s center-left faction is deluding itself if it thinks that defeating Rep. Bush in a primary will be easy.

Another bit of wishcasting from some on the left involves the ideological posture necessary to win statewide races here.

The most prominent spokesperson of the rising “democratic socialist” faction of the Democratic Party, Congresswoman Alexandria Ocasio-Cortez of New York, has forcefully argued that Claire McCaskill lost her re-election because she wasn’t progressive enough. If The Squad and its adherents truly believed that, logic follows that they would urge Congressman Cori Bush to run for the open Senate seat. But they haven’t, because they know that her message cannot possibly command a statewide majority.

On the other hand, the Democratic Party’s center-left faction is deluding itself if it thinks that defeating Rep. Bush in a primary will be easy.

Nearly any incumbent is most vulnerable in their first re-election, especially during a redistricting cycle when part of the district will be comprised of new voters. But while her no vote on the recent infrastructure bill — she was one of just 6 of 221 Democrats to oppose the landmark legislation — provoked more talk of a possible primary, I cannot remember the last time that a primary challenger of either party defeated an incumbent in the primary by running from the middle as opposed to the flank. And she has developed a formidable national online low-dollar donor base that can likely generate money faster and more reliably than any opponent could raise it.

Of course, both sides wishcast in other realms, such as the parties’ parallel wishcasting regarding the Constitution’s supremacy clause, which establishes that federal laws take precedence over state statutes, and which large factions of both parties choose to ignore when it suits them.

Last session’s Second Amendment Preservation Act prohibited state law enforcement officials from enforcing federal gun laws, which many local sheriffs say is handicapping their effort to apprehend criminals. One Republican woman quipped to me that while most Republicans realized SAPA made no legal sense, “the only other thing left for them to pass is making it legal for me to walk down the street in only a thong with my gun strapped in.”

And yet the same Democrats who cry foul at Gov. Parson and the Legislature for such actions also praise big-city mayors around the country who declare their jurisdictions “sanctuary cities” that will not enforce federal immigration.

What’s good for the goose should be good for the gander, but many elected officials of both parties only seem to acknowledge the supremacy clause when it suits their ideological purposes.

Most therapy starts off with a therapist telling a patient that the first step to getting better is being honest with themselves. The same is true for partisans. Both parties, and factions inside of them, would likely make wiser strategic decisions and/or improve their public standing if they accepted the aforementioned hard truths.