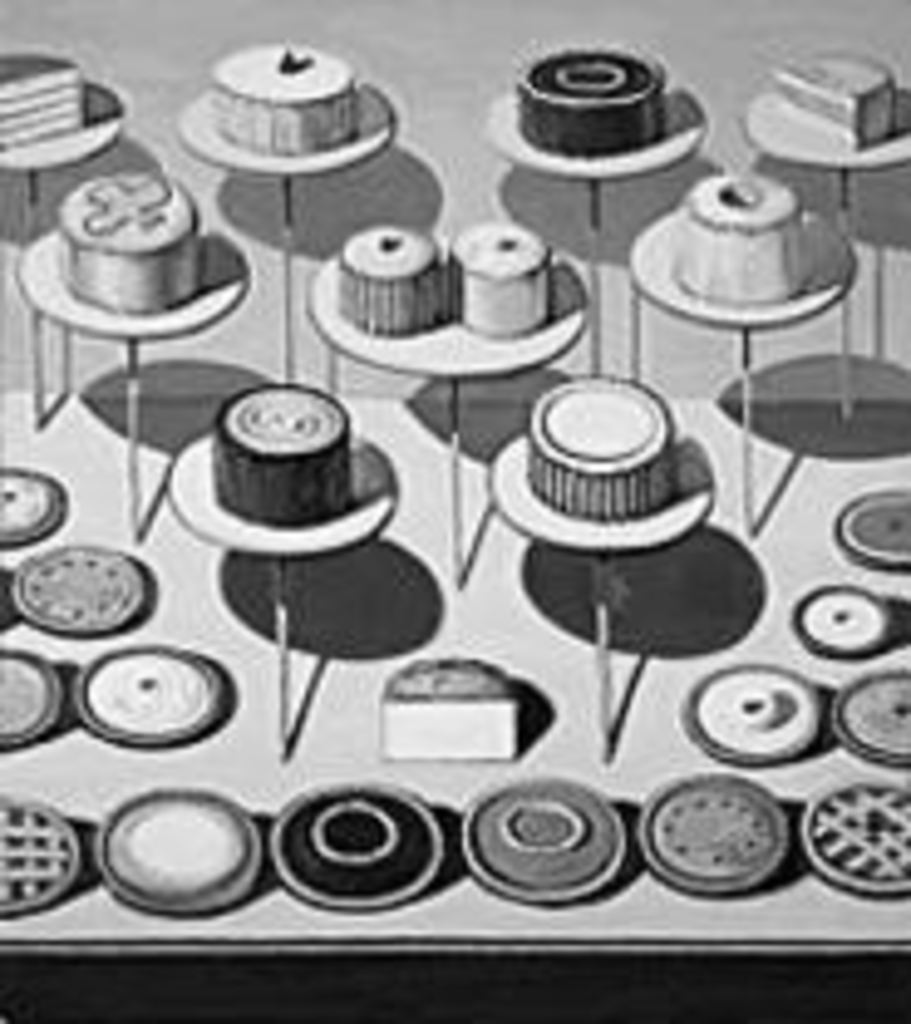 ONGOING
In an appropriate if not entirely original move, the Kemper Museum of Contemporary Art celebrates its tenth anniversary with “The First Ten Years: Conversations With the Collection,” a show of art from the museum’s permanent collection of more than 800 pieces. Promotional materials promise that the exhibit “underscores the for- mal, thematic, or conceptual connections that [the] works have with one another across time and place.” In other words, the curators are going to bring out the old stock, dust it off, and let us fall in love with it all over again. The show runs from September 17 through November 28 and kicks off with a reception from 5:30 to 7:30 p.m. Friday. It is supplemented by “Ten Artists in Ten Weeks,” a free lecture program that brings, among other notable guests, Gunnar Birkerts, the architect who designed the exterior of the museum. Reservations are required for most lectures.

And to emphasize the intoxicating power of art, Café Sebastienne will serve ten varieties of wine for $10 a bottle at lunch and dinner throughout the year. The only drawback is the wine won’t be served out of a Chihuly glass. Call 816-457-6132 or visit www.kemperart.org for more information. — Jason Harper I

Raunch Pad
How low can they go?

FRI 9/17
In Woody Allen’s Crimes and Misdemeanors, Alan Alda said, “If it bends, it’s funny. If it breaks, it’s not.” The four comedians in this Friday’s Raunch Tour at the Uptown Theater (3700 Broadway) ignore such advice. David Nickerson says he and his pals “know how to be innovatively dirty onstage to the point where people have no choice but to laugh.” The tour seeks to return comedy to the level of Richard Pryor and Bill Hicks (and away from the cloddish likes of Carrot Top). Nickerson, Chris Porter and James Inman, all of whom got their start in KC, are sure to be upstaged by Portland comic Lonnie Bruhn, whose cerebral palsy, Nickerson says, “gives him permission to mock handicapped people — and he does.” Tickets are $25 for general admission and $40 for a swankier table seat. Call 816-753-7643. — Christopher Sebela

WED 9/22
Vendela Vida, one of the brains behind The Believer (an alluringly designed literary journal that avoids snarky cynicism), has just written her first novel, And Now You Can Go. The novel begins in a New York City park, where a guy in Armani glasses pulls a gun on a fetching young grad student named Ellis. Like an overeducated Sheherazade, Ellis placates her troubled assailant by reciting memorized poems. Ladies, if threatened at gunpoint, do not, under any circumstances, try this approach to self-defense; much better is a kick in the groin. This is fiction, after all. Vida discusses ANYCG at 7 p.m. Wednesday at Unity Temple (707 West 47th Street); call 913-384-3126. —Gina Kaufmann

SAT 9/18
We figured the Waldo neighborhood’s celebration of the season change was last weekend’s Waldo Walk — a tour of all those fabulous drinking establishments like Bobby Baker’s Lounge, Fin’s and Kennedy’s. Turns out there’s actually a Waldo Fall Festival from 8 a.m. to 5 p.m Saturday in the Osco Drug parking lot at 75th Street and Wornall, with food vendors, entertainment and kid-friendly activities. Call 816-523-5533. — Annie Fischer