The best chestnuts of Wakarusa 2008 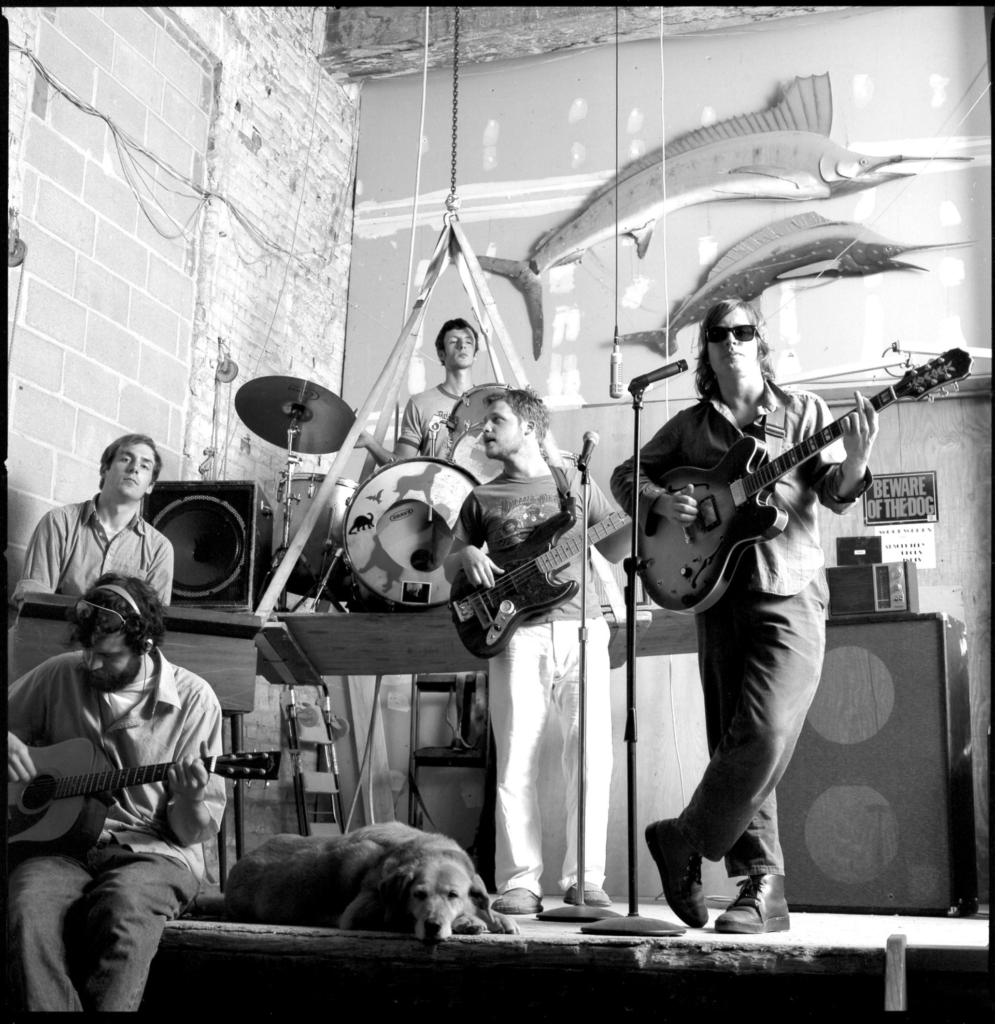 Rain or shine, pot or ‘shrooms, whiskey or Dasani, this year’s Wakarusa Music and Camping Festival is upon us. Now in its fifth year, the Wak continues to sizzle, growing in size and diversity of acts, becoming something that may someday grab headlines alongside fellow jam-turned-mainstream fest Bonnaroo. Emmylou Harris, Built to Spill, Bettye LaVette and Old 97’s are a few of the notable new names on this year’s roster. Allow our experts Richard Gintowt and Danny Alexander to give you a taste of some more of Wakarusa 2008’s hottest peppers.

Robert Bradley’s Blackwater Surprise sounds like a connecting point for most of what’s happened in the last half century of popular music. Frontman Bradley, who is blind and has a gruff, aggressively emotive voice that might classify him as a blues singer, doesn’t sing just the blues. The Blackwater Surprise is a rock band, and most of Bradley’s songs — with their sense of hope and expansive vision — suggest soul more than blues, and in the end that just underscores the ridiculous racial divisions we use to categorize artists. Robert Bradley can croon some R&B and, just as naturally, step into alternative-rock bombast. That would make him important even if the music weren’t quite so great. (D.A.)

For a minute there, Cake really looked like a one-hit wonder. Then the hits kept coming, and so did the great albums. Fourteen years after “Rock ‘n’ Roll Lifestyle,” the California band is still unparalleled in its ability to match buoyant grooves with insatiable hooks and lyrics that are as smart as they are funny. If you’ve always been on the proverbial fence when it comes to Cake, the group’s vibraslap-and-trumpet-enhanced live show will make a quick convert out of you. Like their foodie peers Cracker, it’s a heaping plate of Oh, man — this song is awesome! (R.G.)

“Do You Realize?” by the Flaming Lips, from Yoshimi Battles the Pink Robots (Warner Bros. Records):

Who needs drugs when you have giant confetti guns? The last time the Flaming Lips played Wakarusa, they covered Queen’s “Bohemian Rhapsody,” sent Wayne Coyne into the crowd in a gigantic hamster ball and jacked up the audience to rapturous levels. It’s a full-on revival anytime the megaphone-wielding ringmaster and his psychedelic circus take the stage. Lawrence’s own Kliph Scurlock has become every bit the John Bonham that Steven Drozd was, allowing Drozd to maneuver around guitar and keys like the classic sideman he always was. This show is gonna be Ron Burgundy’s balls on Ecstasy. (R.G.)

“Side to Side” by Blackalicious, from The Craft (ANTI Records):

Blackalicious, featuring MC Gift of Gab and DJ Chief Xcel, is California’s answer to OutKast or even to Wakarusa-mates Arrested Development. The group’s hip-hop is boundless, and the grandeur of its records suggests the ambition of pioneers like Marvin Gaye, Funkadelic and Earth, Wind & Fire (maybe throw in a little John Coltrane for good measure). Although 2002’s Blazing Arrow is still regarded as Blackalicious’ tour de force, the group has never made a less-than-impressive record. This is essentially a hip-hop act in dialogue with the music of our times, and labelling it “retro” demeans its vitality. (R.G.).

”I Wanna be Your Dog” performed by Alejandro Escovedo

When you watch Alejandro Escovedo live, you can be pretty sure you’re watching the best band in America that night. His usual lineup often includes violin and cello in addition to a typical five-piece band. Escovedo’s musicians move from the desperate, quiet spaces between lovers in the wee hours to dark urban soundscapes, incorporating strings from Lou Reed’s Street Hassle and often climaxing the show with the Stooges’ “I Wanna Be Your Dog.” Escovedo manages to take the musical and lyrical guts of the greatest Mott the Hoople song (or that of any other band that makes rock sound like it just might save your life) and cross them with his own unabashedly intimate and defiant vision. The Boxing Mirror was his first release after the illness that almost took his life a few years back, but his new one, Real Animal (due June 24, co-written with Chuck Prophet), is the album of an artist reborn. (D.A.)

At Ozomatli‘s KC debut, as the opening act for Santana’s 1999 Supernatural tour, all nine members strolled off of the stage and through the audience, a feat that has seen them tear-gassed at other shows. But despite what the Los Angeles police may think, Ozomatli’s not about rabble-rousing so much as bringing joy; as the group declares in “Can’t Stop,” from its latest album Don’t Mess With the Dragon: We got faith in what love can do. In Ozomatli’s music, norteño, salsa, merengue, cumbia, hip-hop and hard rock converge in a happy communion that feels more like a reunion, like they were never meant to be separated in the first place. (D.A.)

“My Old Ways” by Dr. Dog, from We All Belong (Park the Van Records):

The analog-tape recordings of Dr. Dog could easily be mistaken for artifacts of the 1970s singer-songwriter era, when play-everything geniuses like Paul McCartney and Emitt Rhodes made overdubbing an art without the aid of computers. The Philadelphia band’s music is similarly entrenched in a bygone era of doo-wop, dusty upright pianos, sleigh bells, crooning vocals and jaunty guitar riffs. The sum of those parts perfectly complemented Wilco during last year’s Sky Blue Sky tour, introducing audiences to Dr. Dog’s dime-store sunglasses and breezy melodies. (R.G.)

In recent years, Ben Folds has all too often lived up to the promise of his song “Best Imitation of Myself.” A stretch of lukewarm EPs and an unfortunate cover of Dr. Dre’s “Bitches Ain’t Shit” left us all wondering if our floppy-hatted piano protagonist was running out of good ideas. That notion was partly put to rest with 2005’s Songs for Silverman, an album that benefited greatly from a new backing band and fewer tongue-in-cheek lyrics. Leaked tracks from Folds’ upcoming 2008 release foreshadow good things: The band is kickin’, the pseudo-raps are notably absent and the fuzz bass is in full effect. Now if only Weezer could get back on track, too. (R.G.)