The Belger goes Beneath the Surface 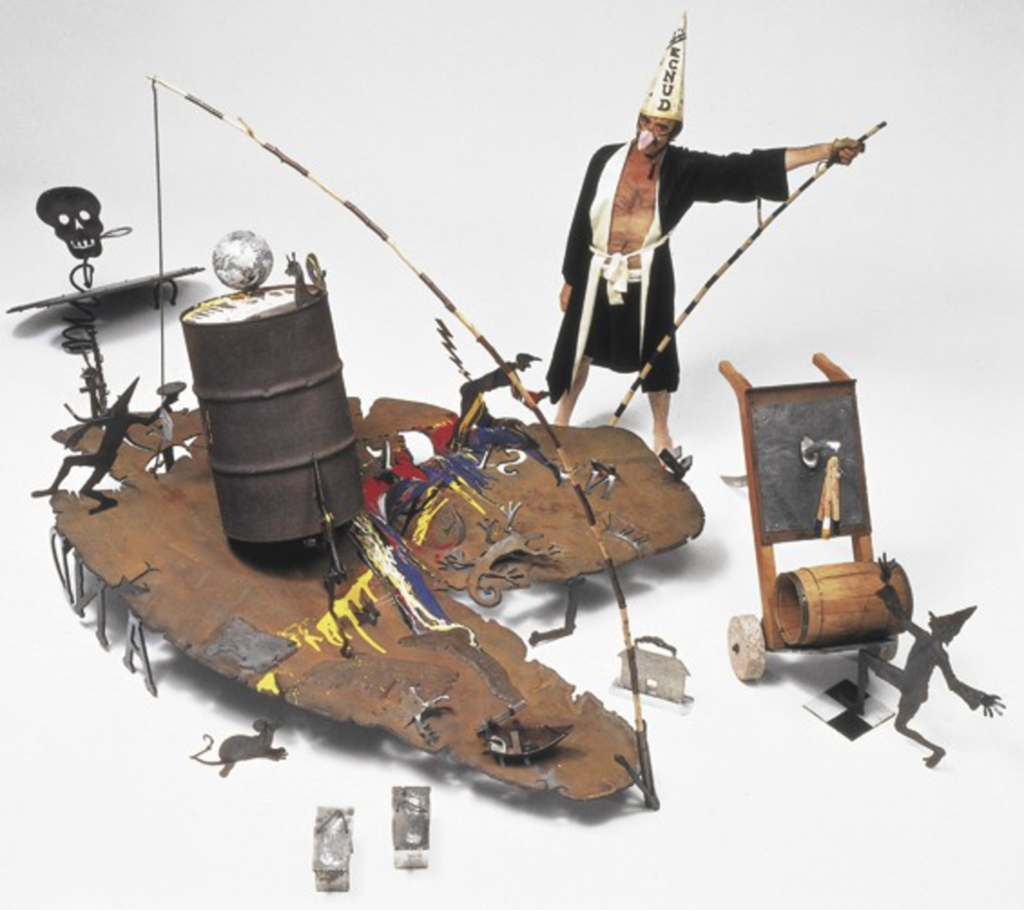 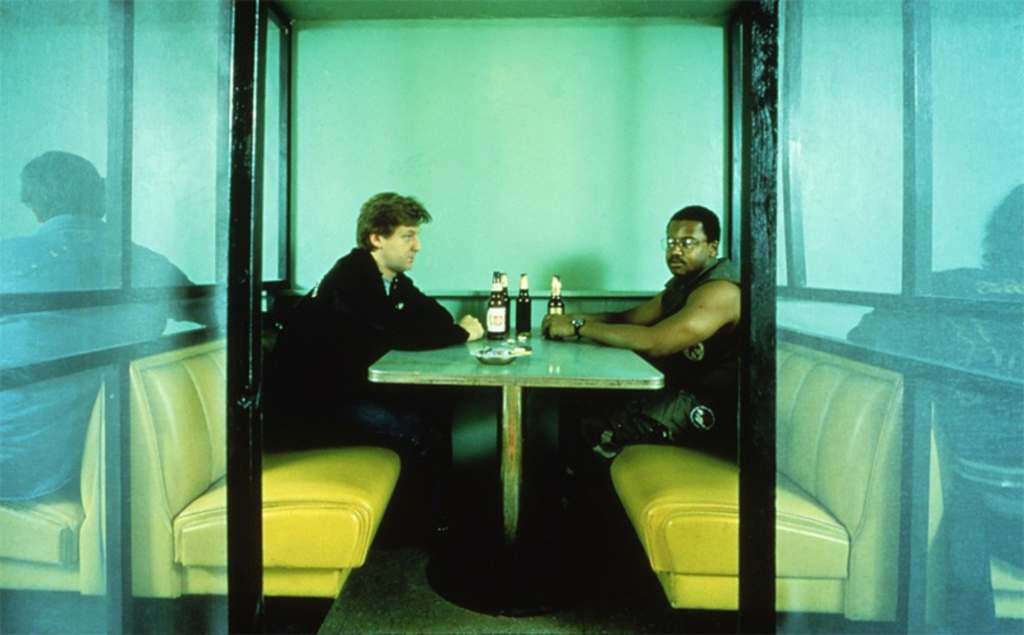 When you see Beneath the Surface: Excavating the Belger Collection and you greet Mo Dickens (the Belger Art Center’s gallery assistant), do not extend your hand in greeting. The exhibit’s largest, heaviest piece chopped off Dickens’ right thumb as he was helping install it. Bandage-wrapped and healing, the art-damaged opposable digit cannot withstand the force of your grip.

“Someone once told me that if I ever got cut, I should go to Truman Medical Center because they’re so accustomed to treating stab wounds and things like that,” Dickens says. “I was spraying so much blood, they wouldn’t even let me take my wallet out of my pocket to get out my insurance card. Told me to go right to the back. They sewed on me for an hour and a half, and when they were done, it was larger than the left thumb.”

He relates this story while steering through a tour of the show, for which curators combed the Belger’s vast collection for works by major artists who hadn’t been exhibited in some time (decades, in some cases). Artists featured include Jasper Johns, William Christenberry, Viola Frey, Creighton Michael, Ed Ruscha, Robert Stackhouse, Renée Stout and Terry Winters.

The work that did such damage to Dickens’ poor digitus primus is “Tables and Angels,” by Santa Fe, New Mexico, artist and musician Terry Allen. It’s a narrow rectangular structure equipped with grubby diner seating, the interior lit by bare exposed bulbs.

“It’s meant to suggest a really bad bar in Laos or Cambodia,” Dickens says as he takes a seat in one of the booths. Such a bar would be a grievous disappointment to a soldier on leave. Allen’s work channels the disillusionment of soldiers who were greeted with national ambivalence and suffered post-traumatic stress after the Vietnam War. The piece takes up a darkened corner of the Belger. Overhead a recording plays, an ominous whoosh of helicopter blades chopping the air and breaking the stillness.

“Going through the collection, we found the tables, books and soundtrack. It was all they could find. Nothing of the structure. And we called Terry Allen on the phone, and he said he’d always built the structure on-site. So we built it in sections in our workshop.” Allen eventually came to the Belger for a day to oversee parts of the installation; other pieces from the 300 in his Youth in Asia series are also in this retrospective.

But back to the thumb: “We were moving one of the sections into the gallery, and it slipped off the dolly,” Dickens says. “I tried to catch it and reposition it, but it fell on my thumb.” After his 90 minutes in Truman’s ER, Dickens says, he didn’t recognize what he saw. “I looked at it and said, ‘It’s so black and bloody, I can’t even see my thumbnail.’ And the doctors said, ‘Oh, your thumbnail’s over there, across the room. We’re going to tape that back on.’ And they did. It looked like a strawberry that had been hit by a sledgehammer.”

Allen’s Third World diner isn’t the only piece on display at the Belger that looks ready to injure. The ground-floor gallery is dominated by William T. Wiley‘s 2,000-pound mixed-media sculpture titled “Nomad Is an Island.” Centered on the artist’s horror at reports of barrels of toxic waste dumped on California coasts, it consists of one enormous piece of 1-inch-thick sheet metal shaped into an island and adorned with cut metal figures and a rusted barrel dripping multicolored gunk. Letters stamped directly from the plate surface spell out the piece’s title. Wiley’s incorporation of text into his work borders on graphomania, and Dickens points out more lettering carved into an artist’s palette formed from the same type of sheet metal at one end of the island: O.T.P.A.G. “That appears in many of his works,” Dickens explains. “For the longest time, I didn’t know what it meant.” A credo, as it turns out: On the Palette, Anything Goes. “The Smithsonian had a career retrospective for Wiley in 2009,” Dickens says. “But they asked us to send them a photo of this piece because they didn’t want to pay to ship it.”

The surrounding walls are hung with Wiley’s lithographs and paintings, works of such scale, color and density of detail that they might have overwhelmed much of the quieter work on the upper floor. By comparison, the Johns prints on display are whispers. The central figures in Wiley’s works are surrounded by such a proliferation of decorative minutiae, wordplay and puns that 10 minutes in front of a single piece yields constant revelations. Here, a striped fishing pole that recurs across many of Wiley’s pieces; there, a Lincoln-head penny exclaiming “Phooey!” Dickens points out a man taking a discreet dump in a corner of one large canvas, a piece titled “Or We Could … ,” and wonders why such a thing would fail to be more obvious to the viewer.

After his guided tour, Dickens takes his leave, having offered a day’s worth of reminders that, in its austere gallery settings and its cultural sequestration from day-to-day life, art is still meaningful at an emotional level. Dickens will regain the use of his thumb with months of physical therapy. So it is advisable to maintain a proper safety clearance and observe the proper use of safety glasses, hearing protection, gloves, hard hats and foot protection, because art can be very dangerous indeed.