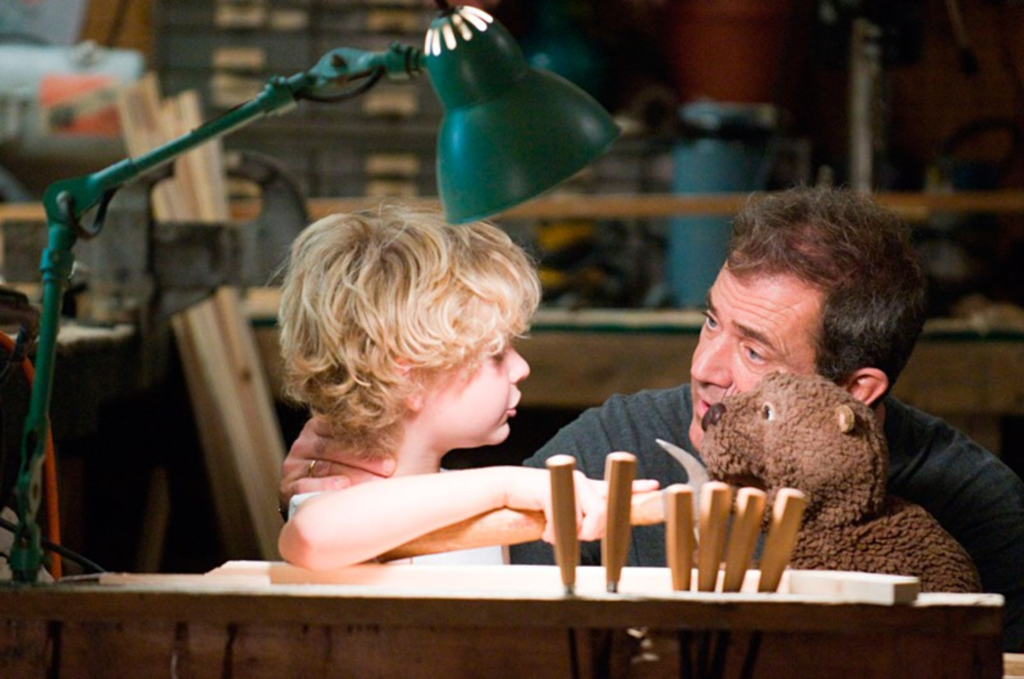 Mel Gibson, who has said and done some indefensible things, delivers one of his finest performances in The Beaver. It’s possible that Gibson’s emotional disarray, the self-hatred audible on those infamous phone messages, is the very wellspring from which this odd art has emerged.

Gibson plays Walter Black, a depressed toy executive. Not long after his wife, Meredith (Jodie Foster, who also directed), throws him out, Walter finds a beaver hand puppet in a trash bin outside a liquor store. After a drunken accident in a hotel room, the Beaver takes on its own identity (voiced by Gibson, lips seen moving). With the puppet’s help, Walter reconnects with Meredith and son Henry (Riley Thomas Stewart), kicks the company back into high gear, and seemingly comes back from the dead.

Aside from Gibson’s performance, though, The Beaver is fairly pedestrian. For all her alleged intelligence, Foster has never been an interesting filmmaker, and her instincts here flatten what should be volatile material.

The Beaver is a story about healing and forgiveness, but its destination feels more predestined than earned.