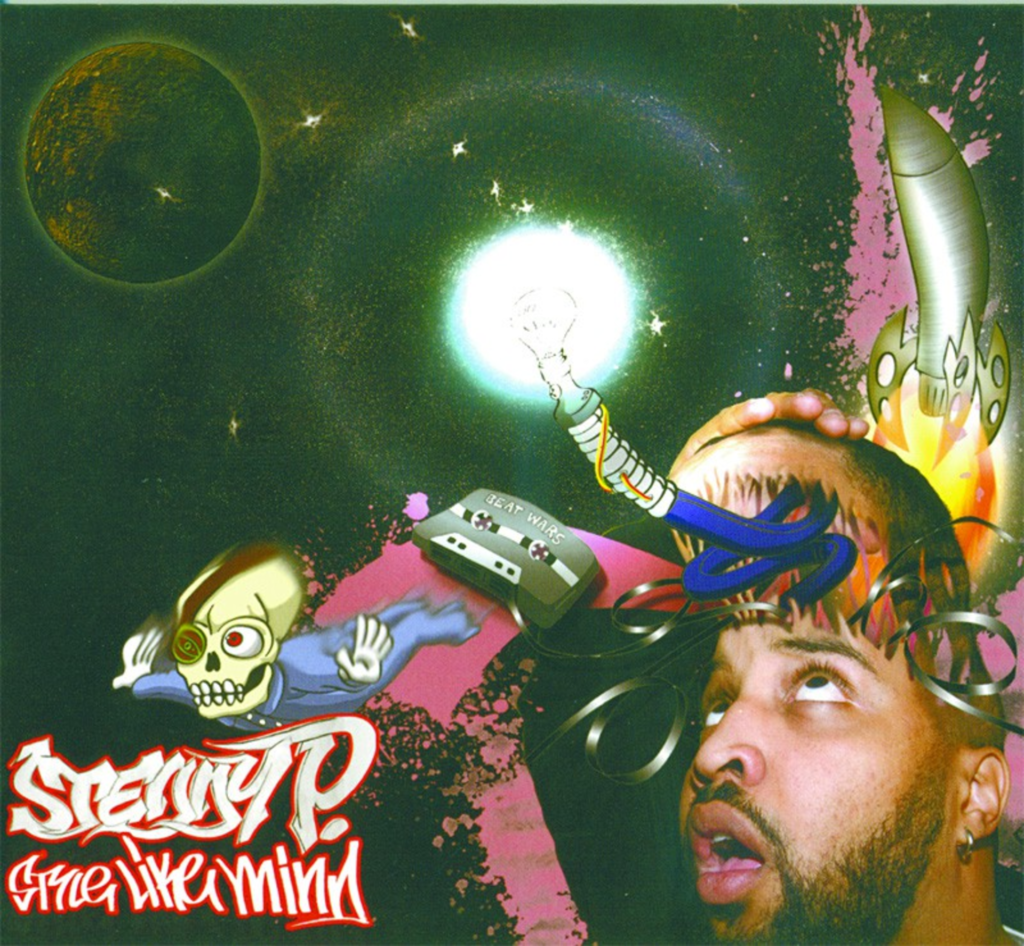 Style Like Mind, the newest release from Steddy P, is by and large a continuation of the rapper’s previously stated preoccupations. “No Matter How,” the third track on the 13-track album, features Steddy grappling with the tall order of reviving hip-hop in his hometown of Kansas City — the same city, he reminds listeners, that booted out DJ Jazzy Jeff. On the album’s title track, Steddy brags about his own eccentricity (I’m crazy nuts like cashews). He later rhapsodizes about his love for hip-hop on “Without You,” providing one of the more humorous lines of the album: I’m starting to reach the kids, he says, so they call me statutory. If there is a distinction, or evolution, to be found in Style Like Mind, it lies in Steddy’s delivery. Though he employs his idiosyncratic high-pitched flow on most of the tracks, piling on extra syllables to verses like late hits after the whistle has blown, he occasionally adopts an edgier, more brusque delivery. In these moments, Steddy’s voice turns low, like a hybrid of Talib Kweli and Ice Cube. While there’s nothing much new or surprising on Style, Steddy’s ardent fans can, at least, delight in the consistency of the rapper’s messaging.