The Beach Boys
The Midland, Kansas City
Saturday, May 14

Technically, summer doesn’t start until June 20, but I live in Lawrence, and in a college town, summer starts when classes end, and that was Friday. So, I hit the road to Kansas City to see a band almost synonymous with summer: the Beach Boys. Now, at this point, the Beach Boys is Mike Love and Bruce Johnston, along with a plethora of hired hands. Did the audience care? No. Should you care? Maybe. Did I? No. I was there to sing along.

Saturday, it might’ve been a chilly Midwestern night outside, but inside, it was pure California. The number of people wearing Hawaiian shirts was innumerable. It was a mixed crowd, which wasn’t a surprising thing, given that the band’s fan base now spans three generations, and probably even verges on four. It was also muggy as hell, reflecting the fact that there were more Panama hats than I’ve seen outside of Florida. 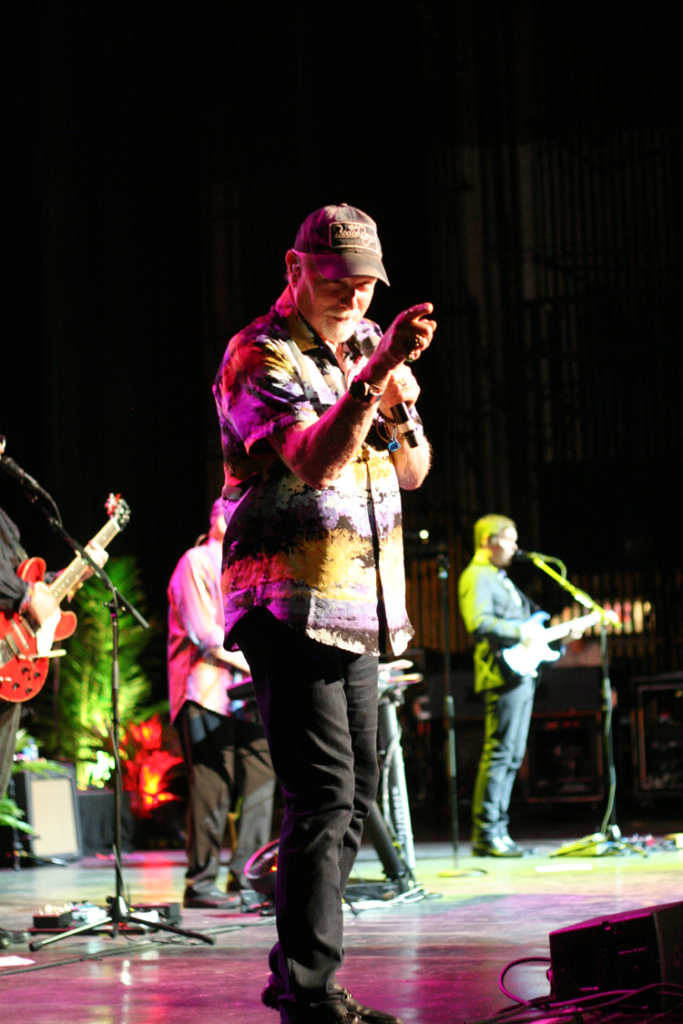 The setlist was absolutely massive. If there was a single you wanted to hear, it was played at the Midland last night. Some were better than others: the back-to-back covers of the Ronettes’ “I Hear Music” and “Why Do Fools Fall in Love?” by Frankie Lymon & the Teenagers were given more time and consideration than the end of the Beach Boys’ first set, which featured versions of the band’s car songs that were abbreviated enough so as to verge on medley.

That was the interesting thing about how this show was structured: There were blocks of songs, such as the surfing tunes which opened the show and took up the majority of the first half of the opening set, then some California tunes in the second set, and so on. It seemed weird to be inundated with so many thematically similar songs, but it seemed to work, once one looked at the big picture. 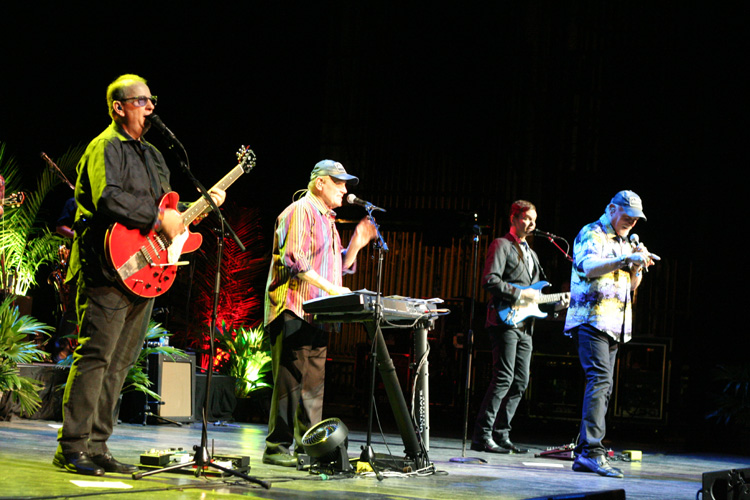 Happily, though, given that we were about two days from the fiftieth anniversary of the Beach Boys’ superlative classic, Pet Sounds, the second set started off with quite a few numbers from that record — almost half of it, actually, including Brian Wilson’s, “Caroline, No” along with the songs that are now part of the great American songbook, like the achingly beautiful “God Only Knows” and “Wouldn’t It Be Nice.”

It took until “Wouldn’t It Be Nice” — a full six songs into the Beach Boys’ second set — for the audience to really get up on their feet and dance. There was  a lot of sitting and boogying, and a few people would get up and raise their hands in glory here and there, but it took “Wouldn’t It Be Nice” for the audience to rise as one, absolutely unbidden, and it was pretty glorious.

All in all, the show was nice, and the harmonies were pretty spot on. Dancing was pretty limited to creaky hand gestures, and there was a little vocal strain here and there, but the Beach Boys never had to push for notes they could no longer reach. Be it voices that have stayed in shape, or just the sheer number of singers making it possible to cover up and age-related issues, the singing was solid. 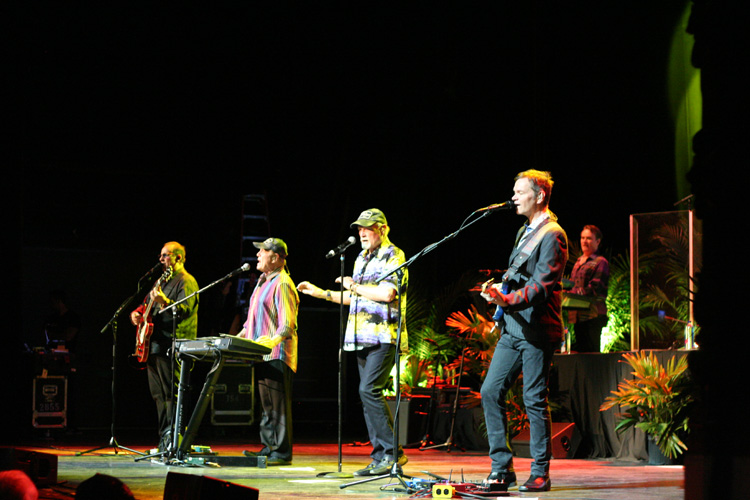 You can argue that the Beach Boys have long since ceased to be a creative force, and this is essentially the Mike Love show. Given that there’s a huge band on stage, with four and five part harmonies, fairly nailing these songs taht were classics before I was even born — fine. Great. Let it happen. While for some, it might not be “The Beach Boys” without the Wilsons, for the audience at the Midland last night, it didn’t matter. This was a band playing their favorite songs and doing it well, and I was damned entertained, myself.

I Can Hear Music (The Ronettes)

Why Do Fools Fall in Love (Frankie Lymon & The Teenagers)

Be True to Your School

You Still Believe in Me

Wouldn’t It Be Nice

All This Is That

California Dreamin’ (The Mamas & the Papas)

Then I Kissed Her

Do You Wanna Dance? (Bobby Freeman)