The Batman gives us a darker, weirder Caped Crusader in Robert Pattinson

Matt Reeves’ superhero epic has an emo take on Bruce Wayne and a sprawling mystery for Gotham City. 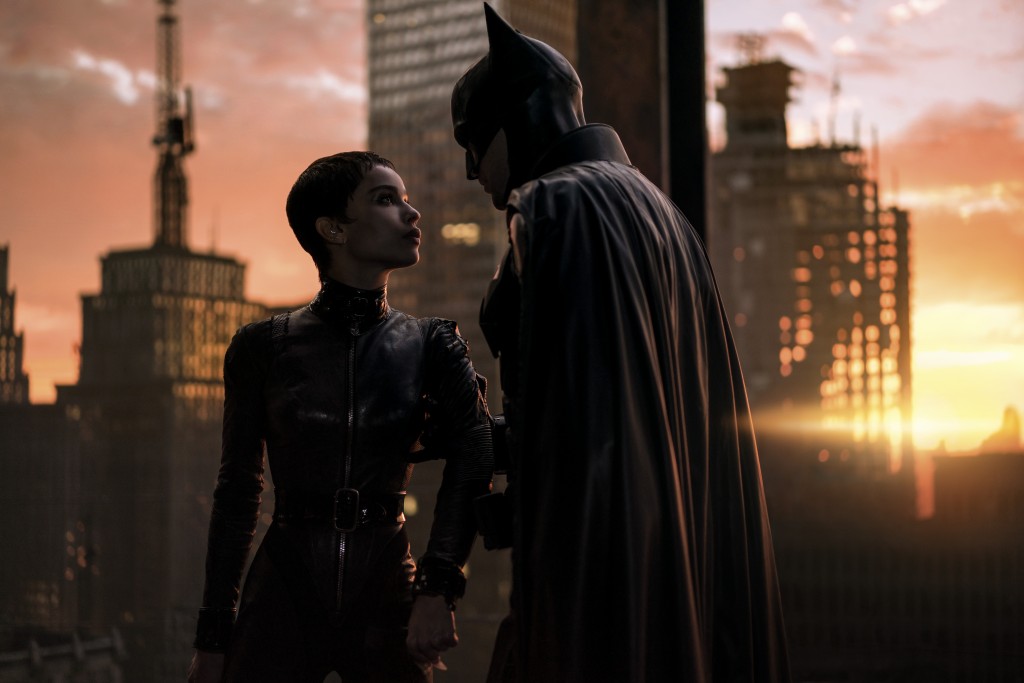 If you want to trace over-serious superhero films to a specific point, Batman Begins is as close as you’ll get to an answer. By 2005, comic fans were familiar with a complicated Caped Crusader from books like The Dark Knight Returns, The Killing Joke, and Arkham Asylum, among others.

It’s not the absence of gothic silliness and camp making current Batman movies a bummer, but rather the lack of creativity that’s defined the films from director to director. The Dark Knight and his coterie of enemies can be interpreted in ways other than extreme sadness or realistic grittiness. We know from decades of Batman movies, TV shows, games, and comics that they can be fun–hand in hand with unsettling.

Matt Reeves’ The Batman gets this better than most of the movie’s post-2000 predecessors. Reeves’ film is dark, but it’s operatic noir in line with the comics.

This movie contains a stripped-down Zodiac-esque serial killer—Paul Dano’s Riddler—and a prosthetics-covered Colin Farrell having cartoonish fun as The Penguin. It also includes two sequences of Robert Pattinson’s Bruce Wayne looking Very Sad as Nirvana’s Something in the Way plays.

Is it too much? Yes. It’s also more enjoyable than Batman has been in nearly two decades.

The Batman mainly operates as a detective story, with Pattinson’s Batman working alongside cop Jim Gordon (Jeffrey Wright) to solve a series of grisly murders committed by Dano’s Riddler. The Riddler is targeting members of Gotham’s ruling class, starting with the mayor (Rupert Penry-Jones), leaving ciphers related to his next victim for Batman to find at each crime scene.

The victims are connected by a conspiracy related to an ill-fated urban renewal project, one involving the late Thomas and Martha Wayne. Getting to the bottom of that case takes Batman to a club/criminal underworld hideout run by Farrell’s Penguin. It also puts him on a collision course with Selina Kyle (Zoë Kravitz), a server at the club on her own mission of vengeance.

Dano’s Riddler goes beyond the character’s love of breadcrumb-trail puzzles and pervy coke-bottle glasses. Reeves and cinematographer Grieg Fraser (Dune, Killing Them Softly) shoot many of the kill scenes with a voyeuristic, David Fincher-like efficiency, setting the film’s tone from the opening moments.

As the plot moves beyond the Riddler killings, Reeves, Fraser and the film’s cast play with that tone. This is where The Batman becomes something a little more grandiose, harkening back to the blackly comic days of Tim Burton’s take on the franchise. A couple of set-pieces (which I won’t spoil) stand out for their sense of humor and subversion of the genre.

Before that point, The Batman wallows in its own sadness to a goofy degree.

Out of costume, Bruce skulks around the Hogwarts-esque Wayne Manor with bloodshot, black-rimmed eyes and lank hair—resembling the saddest boy at a Bright Eyes concert circa 2006.

It’s hard to tell how seriously Reeves wants us to take his introspective superhero, particularly when he’s paired with performances like Farrell’s Penguin, who snarls and yells like a disfigured James Cagney, and is clearly having the time of his life every time he’s on-screen. Both performances are over-the-top but operate on opposite ends of the spectrum.

The world didn’t need another sad Batman, but Reeves’ movie has the sense to make things weird by doubling down on the internal anguish and throwing the rest of Gotham into stark neo-noir relief.

The Batman takes cues from the dour films that came before it, but it’s also borrowing ideas from some of the comics’ most interesting entries.

This movie knows it’s overstuffed and a little ridiculous, and it also knows that’s kind of the point.

For fans of the grittier DC movie entries, The Batman may be too sardonic. For those of us who missed freaky Batman, however, it’s an interesting turn, even if it’s not exactly a delight.