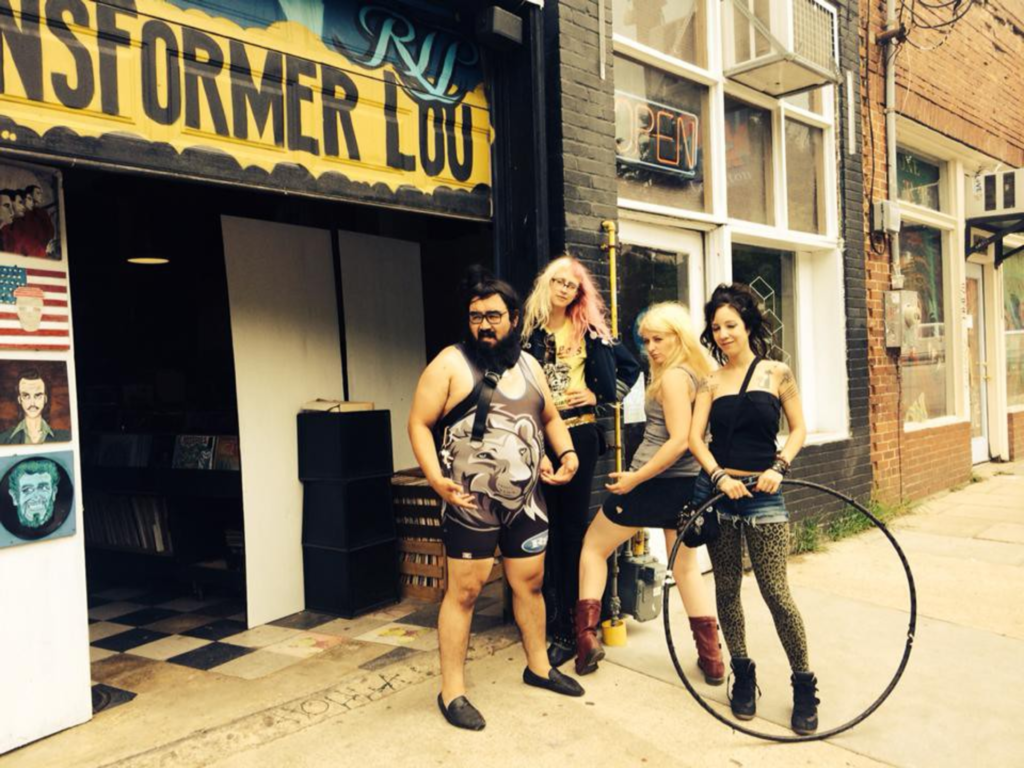 Back in January, I watched the Bad Ideas practice in a chilly garage as they ran through an abrasive setlist. This female-fronted punk group’s songs are full of down-with-the-man sentiments – you’ll hear that below on “I’m Stuck” – and the members perform with plenty of rage. But one emotion I didn’t expect was joy. For Dawn, Britt Adair, Caitlin Curry and George Magers, playing in this band provides an ecstatic release of energy, and that – more so than any learned musical skill – is why the Bad Ideas can win over crowds by the end of an opening song.