The art of food 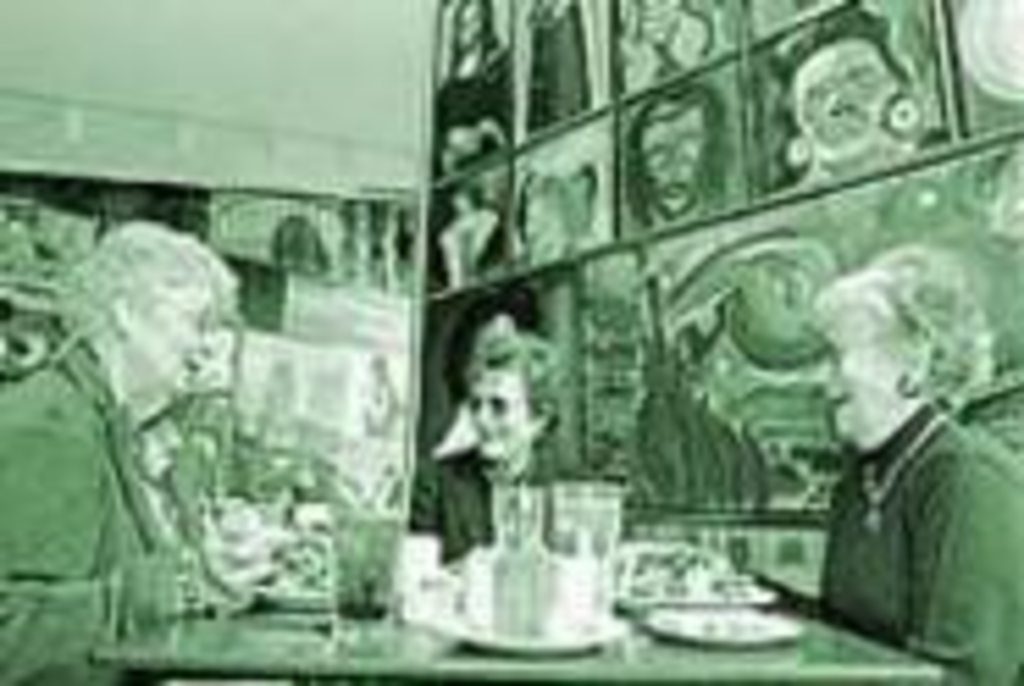 “Mixed media,” “local talent,” “sculpture,” and “thought-provoking” all read like a description of an exhibit at the Kemper Museum of Contemporary Art. In a sense, this is true. However, the masterpieces being discussed, and more important, devoured, have been on display six days and one night a week since the spring of 1995 inside the museum’s eatery, Café Sebastienne (4420 Warwick, KCMO)

Although the restaurant seats only about 50 people inside (there’s a patio for the warmer months), the area doesn’t feel claustrophobic, thanks to its high ceilings, tall glass windows looking onto the sculpture garden, and walls filled with an exhibit of vibrant paintings known as “The History of Art.”

Chef Jennifer Maloney, formerly of Milano, creates a limited yet varied seasonal menu using local and organic ingredients when possible. A mere glance at the menu, with only eight constant choices on the current selection, might lead the frugal diner to raise an eyebrow. But a closer investigation reveals fish, pizza, soup, a half sandwich, and desserts made fresh daily.

The lunch menu has no traditional breakdown of appetizers, salads, sandwiches, entrees, and dessert. However, several great options are available. The Pizza du Jour ($9) served thin crust and usually with lighter ingredients (on one day the toppings were prosciutto ham, pineapple, and smoked gouda) is a great appetizer to share or a meal. Also, sharing the generous portion of Seasonal Greens Salad ($6.50), which contains ricotta salata, cured olives, pine nuts, and a citrus vinaigrette, is a good idea. But if sharing this great food isn’t your style (and who could blame you?), start off with a cup of soup. If you’re lucky, on your visit Café Sebastienne will be serving the Cream of Artichoke Soup. Instead of the thick, pasty, bland artichoke soups ever-present these days, the chef’s soup is a light cream filled with chunks of artichoke and enough spices to provide a little zest.

As tempting as it may be, don’t order the Spicy Pork Chili as a starter. This thick concoction served with flour tortillas is a huge helping — and you’ll want to nap afterwards.

The two sandwiches were easily my favorites of the menu’s mainstays. Sure, many delis serve a ham and cheese sandwich, but Maloney’s Smoked Ham Sandwich ($8.25), served with caramelized pineapple mustard, Vermont cheddar cheese, and a slightly buttered and toasted sourdough, is divine. The other, a Roasted Portabella Mushroom Sandwich ($8.95), topped with roasted red pepper preserves and Gorgonzola cheese on focaccia, is definitely a veggie sandwich with some substance.

As far as a heartier offering, the Pan Roasted Chicken Breast ($10.95) served with mashed potatoes and asparagus spears over a balsamic-rosemary reduction, was delightfully tender and juicy.

All this was fine and dandy, but it’s all just a prelude to the real reason to visit Café Sebastienne: the chef’s desserts. If the angels are watching over you, the café will be serving tiramisu on your trip. Yes, too many people serve tiramisu now, I agree, but most of those are frozen imitations. Be forewarned: The bottom layer can be laced and soaked like a sponge in the liqueur of Maloney’s choice, making the dish something special. Furthermore, even though this tiramisu may well be the best in the city, it may not be Café Sebastienne’s best dessert. The Chocolate Budino, which is described as a chocolate pudding cake but is actually more of a chocolate pudding brownie or torte, served with fresh sliced strawberries and fresh whipped cream, is sinful. I kept looking over my shoulder to see if my mom would catch me stealing from the cooking jar.

Another nice aspect of the café is that along with the seasonal food menu changes, general manager Lisa Burgess changes the wines and beers accordingly.

Although the group intends to expand and enclose the patio, the staff expects to continue the “It’s wine, it’s not brain surgery” gatherings again this spring. According to Burgess, the informal afternoon classes pair wine and food in hopes of helping more people enjoy and appreciate wine without all the pressure and snobbery traditionally associated with wine.

Dinner is served only on Friday nights, when a larger menu of appetizers and desserts, along with a full bar, is offered. Reservations for dinner are a must and are highly recommended for lunch.

Cold if seated in the back, some tables are very close together.