The Architects prepare to work their fourth release, The Hard Way, all summer on Warped Tour 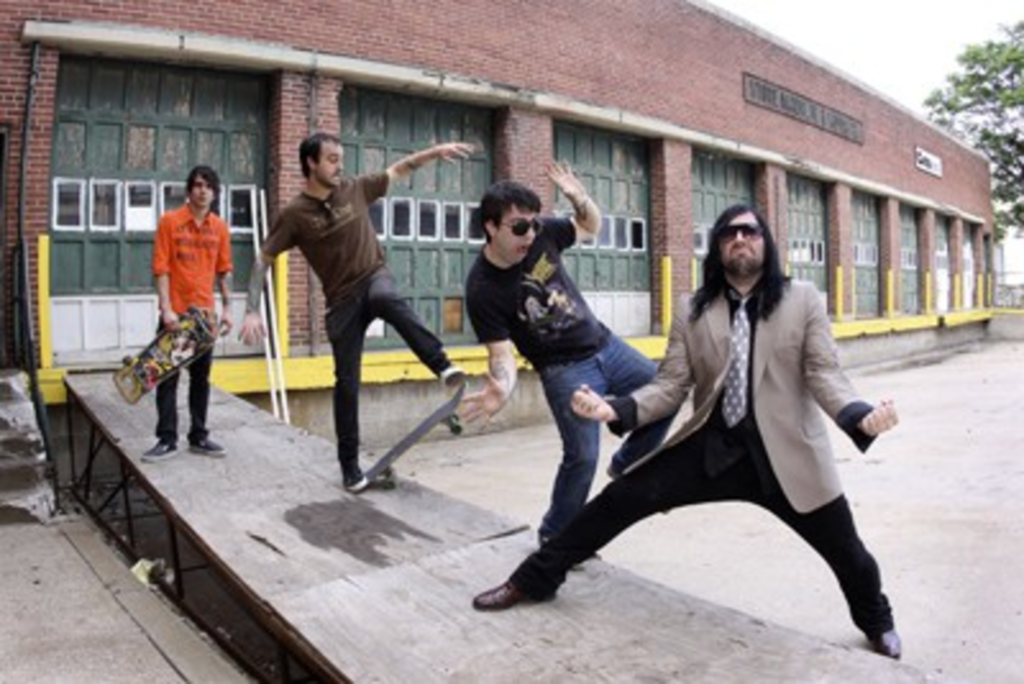 If ever an album title summed up the makers, it’s the Architects‘ fourth record, The Hard Way.

As soon as the album is released this month, the group will leave Kansas City for the Vans Warped Tour. It’s the first time that the band will play every date of the cross-country, heavy-music and youth-culture festival.

“I’m looking forward to coming home from it looking like Scott Glenn in fucking Urban Cowboy. All leathery and wiry,” says lead singer Brandon Phillips, sitting on the deck of McCoy’s in Westport with a plate of pretzels in front of him. “I look forward to any big tour like that. The ones that burn me out are the little weeklong ones. You barely get your sea legs and you’re on your way home. Week two, week three, you get into fighting shape. You get real trim.”

The band is a Kansas City mainstay because of its live show. They began as the Gadjits, but internal changes and the passage of time left the band with its current name and lineup of Brandon on lead vocals and guitar; his brothers, Zach and Adam, on bass and drums, respectively; and Keenan Nichols on guitar. But what has never changed is the way they throw it onstage.

“If we can’t sell platinum, we can make the platinum-selling headliner look bad,” Brandon says.

Watch them onstage, then ask who could make war with the Architects. Zach sweats like he has just had to move a corpse for the third time. Brandon jitters and yowls in that cigarette-fucked voice. Nichols, a stocky caveman next to the three slim brothers, throws his arms out in exultation, like he has just created fire at the end of a run down the neck of his Les Paul. Adam doesn’t so much play the drums as power them, the furious, pulsating-reactor heart of the band’s machinery. These are men who know how to play, how to move onstage and how to hit.

“I always crack up at bands screaming, ‘I want to see the biggest circle pit!’ And you’re like, ‘I don’t give a shit what you want to see.’ People in hell want ice water,” Brandon says. “If you’re good enough, there will be a huge circle pit. If you’re a truly good performer, everyone will do it without you prompting them.”

This work ethic is key to why the Architects remain so vital after years together, playing basement shows and corporate-sponsored tours, cycling through lineup changes and enduring flavor-of-the-week status in their own hometown. There is no shortage of bands that never learned how to manipulate a crowd or run a set list and, in some unfortunate cases, how to play their instruments. You can find them just about any night of the week, screwing you out of your door fee so they can feel good about being rock stars and performing as if they were facing a brick wall rather than an audience. The fashionable reaction after being jacked like that is to chuckle and congratulate the band on being ironic. The Architects are not fashionable.

The group spent about a week recording The Hard Way at Cypher Sound with producer Aaron Connor, whose biggest-selling work has been with hip-hop acts and who produced the band’s previous record, Vice. That album, which was fairly described at release as having a Sunset Strip vibe, was a bit more polished than its predecessor, Revenge, a straight punk rocker. This time, they tried to get the best of each approach.

“It’s like, let’s try to split the difference between Vice and Revenge,” Brandon says. “I don’t want it polished. Let’s keep first takes, let’s keep it off the floor. There are a lot of bands that sound really good cleaned up — not mine. The more our cuts are tinkered with, the shittier it sounds.”

And this is reason number two that the Architects work so well. It’s a basic understanding of why Alfred Hitchcock kept whittling down plots and settings until he made a 90-minute film set in a lifeboat. Why Ernest Hemingway won, among other things, the Nobel Prize in literature for a 130-page book. Because forcing limitations also forces you to be more creative within those rules and keeps you from losing your head in your ass.

The result of this reductivism is a record that makes you drive 15 miles per hour faster without realizing how heavy your foot just got. The Architects are high on hooks, and they don’t waste your time getting to the point. They also don’t dumb-down the lyrics just so you can sing along. Boozing, firearms and our fucked-up prison system are all fair game — without bashing you over the head with obvious political views.

If the point of the Architects is to write songs with the bombast and stripper-pole-friendly rock of influences like AC/DC but to keep the brains of the Clash, it’s hard to top the late-album song “Big Iron Gate.” “I love that one,” Brandon says. “If Bob Seger had cut that song 30 or 40 years ago, it’d be a fucking hit.”

Categorizations aside, The Hard Way is simply a good kick-in-the-ass rock album. If there’s any justice, this summer the Architects will leave a copy in the hands of a bunch of kids who will learn that a musician doesn’t have to deliver every song with a wink.